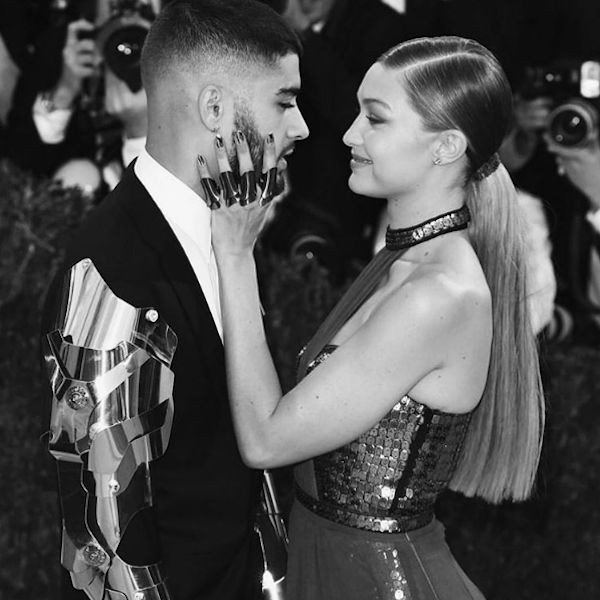 In a revealing new interview with Evening Standard, the former One Directioner, who just debuted a Verses partnership with Versace, got candid on a variety of subjects, including trying (and failing) to live a normal life under the eyes of the paparazzi, being the most high-profile British Muslim in entertainment, facing his anxiety disorder and his much-talked-about relationship with “It” girl Gigi Hadid. So needless to say, things got real.

Of his relationship being the prime target for paps, the singer says it’s difficult spending time in the Big Apple.

“In New York [where Hadid is based], you can sometimes get out in the early hours of the morning for a walk,” he said. “But there’s no underground parking here, no escape routes. So they’re going to get pictures, they’re going to find you. In L.A. [his US base], it’s more catered to these things—you’ve got back entrances and that.”

In the interview, the Brit brought up the subject of being dubbed a “power couple” with his supermodel girlfriend and he says he wants nothing to do with that concept.

“That’s not something I want to be a part of,” he said. “I’m with her because I like her and I hope she’s with me because she likes me. When we come home, we don’t really talk about that s**t. We just spend time together as a normal couple, cook food, watch TV, have a laugh.”

So what does this self-proclaimed non-power-couple power couple love to do: “I’ve got into a thing of cooking pies recently. I cook a mean chicken and sweetcorn pie, with Alfredo sauce. I make my own pastry, roll it out and everything.”

Not exactly the wild picture of young Hollywood you’d imagine…

As for being Muslim, he talked in the interview about being an example. “I take a great sense of pride—and responsibility—in knowing that I am the first of my kind, from my background.”

He did admit, “I’m not currently practicing but I was raised in the Islamic faith, so it will always be with me, and I identify a lot with the culture. But I’m just me. I don’t want to be defined by my religion or my cultural background.”

When discussing his anxiety disorder, which caused him to cancel live shows in 2016, Malik says he’s working though the crippling issue, but it takes time.

“It’s not a thing that you just get rid of overnight but it’s getting to a much more manageable place,” he said in the interview. “I think it came from a lack of confidence, just a sense of disbelief in myself.”

The performer, who has previously opened up about this issue as well as his eating disorder, did admit that deciding to fly solo has helped because he has more control in the goings on of his career.

“You have a certain sense of control, which is nice,” he said. “And I’m more confident in my ability and what I want to give to my fans. I can think of people coming out to see me perform as a positive thing now, rather than something I am dreading.”

As for his partnership with Versace in which he designed a 10-item collection, the 24-year-old said, “I’d wanted to do something in fashion for a while, even if it was just to bring out a couple of T-shirts so we just thought, ‘why not do it with somebody that’s got experience and knows what they’re doing?’ You can’t f–k with Versace.”

The brand also just released a new ad campaign for the collab featuring the “Like I Do” singer and his gf’s supermodel sister Bella Hadid.