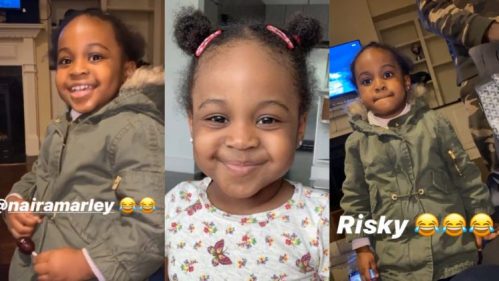 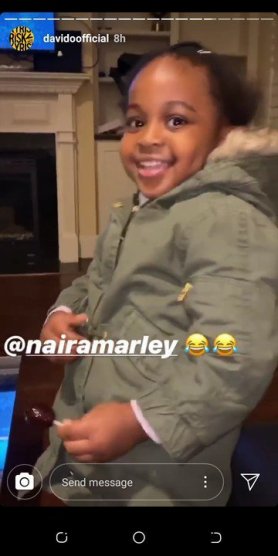 time with his second Daughter, Hailey and he took to his insta story

The cutest of that moment was when Hailey was recorded

singing the ‘s0apy’ song with all conviction as though she’s reciting the queen primer.

Davido’s daughter is a Marlian too ??pic.twitter.com/NPQJ1YHcrG