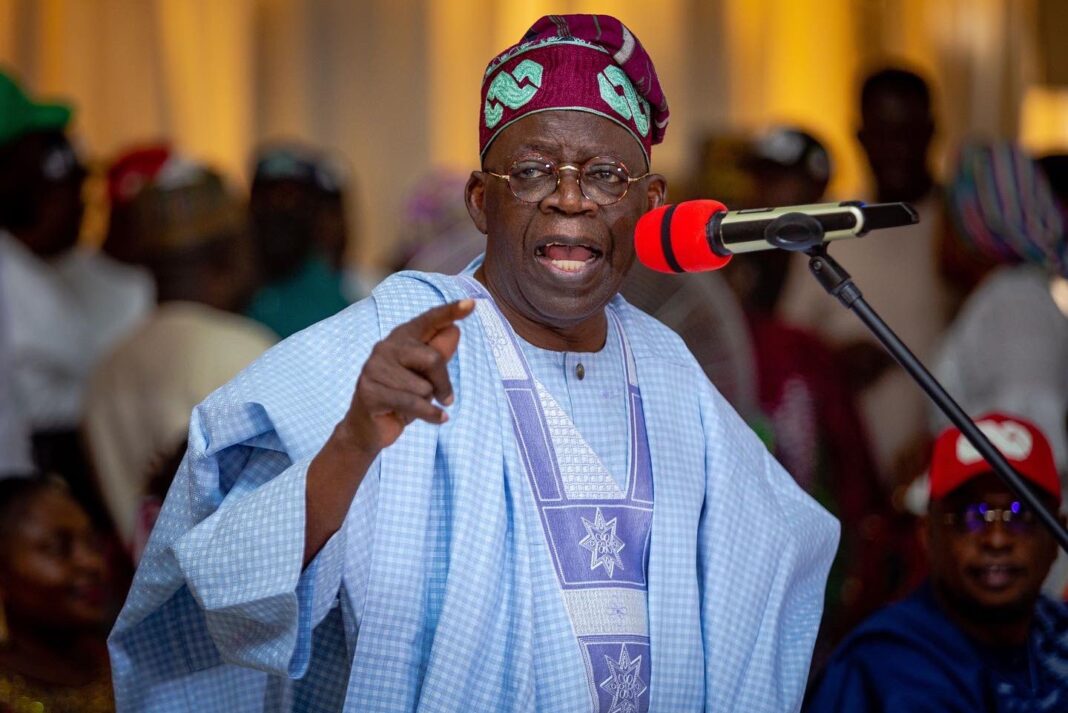 The All Progressives Congress, APC, presidential candidate, Bola Tinubu, has berated the camps of his counterparts from the Peoples Democratic Party, PDP, Atiku Abubakar, and Labour Party, LP, Peter Obi for finding faults with his absence at the Ariste TV town hall meeting in Abuja.

Tinubu said Atiku’s camp could not force him to appear or send representatives to national debates.

He berated Atiku’s camp for following his absence at national debates.

Recall that a spokesman of the Atiku/Okowa presidential campaign team said Tinubu was afraid of being exposed; hence his refusal to attend national debates.

However, the APC presidential candidate said he would not be “railroaded” into appearing for media debates.

Tinubu disclosed this through his Director of Media and Publicity, Bayo Onanuga.

A statement by Onanuga read partly: “The more absurd of the two positions was the one canvassed by the spokesperson of the Atiku/Okowa campaign. The PDP Presidential candidate, Atiku Abubakar didn’t also attend Arise News Town Hall Meeting.

“Instead of PDP to tell Nigerians why its presidential candidate has not returned to Nigeria after their purposeless visit to United States where he and his other 15 peripatetic adults were given a cold shoulder by US senior officials, the spokesperson is busy chasing shadows.

“We want to state again for the attention of both PDP and LP, that Asiwaju Tinubu will not be railroaded into media appearances and debates.”