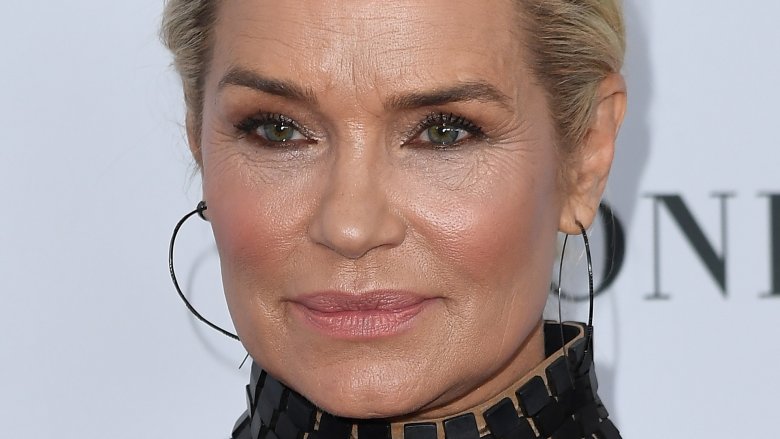 Hadid’s latest romance isn’t the only one in her famous family to dominate news cycles this year. Daughter Gigi’s unclear relationship status with on-and-off boyfriend Zayn Malik has been making headlines ever since the pair called it quits in March 2018. The two, who had been together for two years, sparked rumors of their rekindled romance when they were spotted kissing in New York City a month later. ” We’re adults,” the former One Direction singer told GQ in June. “We don’t need to put a label on it, make it something for people’s expectations.”.

Despite her recent breakup, Hadid is staying positive. ” Living in the light is a choice,” she wrote on Instagram this weekend, captioning a snapshot of herself overlooking a gorgeous sunset. Completing the caption with a heart emoji, the reality TV star added the hashtags, “#PowerOffNow #Reflection #LovingMyNewLife.”.

According to an Us Weekly exclusive, published on Friday, July 6, 2018, the former Real Housewives of Beverly Hills star and her businessman boyfriend, Matt Minnis, have called it quits. The pair, who began quietly dating late last year, reportedly split months ago, a number of sources told the magazine.

Yolanda’s legendary music producer ex is newly engaged to Katharine McPhee. As Nicki Swift previously reported, Foster, 68, proposed to the 34-year-old Waitress star on Sunday, July 1, while the two vacationed in Capri. After keeping their long-suspected romance under wraps for nearly a year, they made their official red carpet debut as a couple at the Met Gala in May 2018. Their marriage will mark McPhee’s second and Foster’s fifth.

Hadid, 54, first opened up about the former couple’s romance in January 2018, months after finalizing her divorce from David Foster last October. ” I am so in love right now,” she told People at the time, explaining that she was excited to finally move on to the next chapter in her life after initially announcing the end of her marriage in December 2015. ” I’m very blessed to have found a beautiful love. I’m excited and it’s all good. I’m off the market.”