Would Gwen Stefani Leave The Voice for American Idol? “You Just Never Know…” 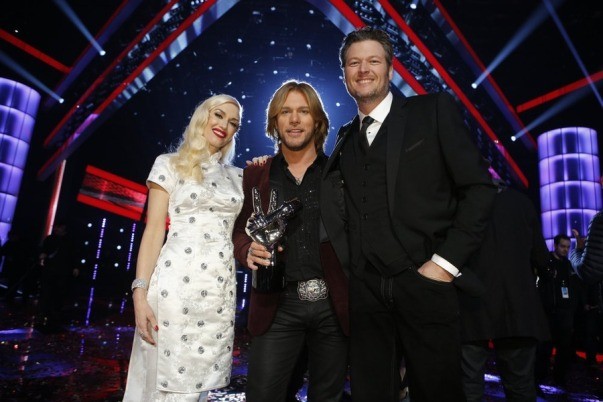 Gwen Stefani is just a girl…a girl who has a lot to offer aspiring talent.

When E! News’ Catt Sadler caught up with Stefani at the London Hotel in West Hollywood yesterday, where she previewed her fall L.A.M.B. and gx eyewear collections, she was asked about taking time off from NBC’s The Voice; Miley Cyrus, Adam Levine and Blake Shelton are returning as coaches, and Jennifer Hudson will fill the fourth seat when the show airs Sept. 25.

Stefani was “sad” when she realized she wouldn’t be coming back this fall. “I have so much fun on the show,” she said. Though it sometimes feels like a job, since “you get really invested in it and it’s emotional,” Stefani said it “fuels” her musical side. “Because you’re around so much music the whole time, it’s impossible to watch the talent be so great and not want to do that.”

But The Voice isn’t the only singing competition on TV. American Idol auditions began Aug. 17, and so far, only Katy Perry has signed on to judge the rebooted series for ABC. Hypothetically, if producers were to reach out to Stefani, would she jump ship? “That would, like, I don’t know,” the songwriter said. “You never know what could happen. You just never know…but I doubt it.”

Perry wants Charlie Puth and Lionel Richie to join her on the show, which Ryan Seacrest will host. If Stefani were offered $25 million, as Perry was, would she still decline the opportunity?

“I think she got all the money!” Stefani said with a laugh. “I think there’s no more left!”

Share
Facebook
Twitter
WhatsApp
Pinterest
Linkedin
ReddIt
Email
Print
Tumblr
Telegram
Mix
VK
Digg
LINE
Viber
Naver
Previous articleBritney Spears Works Out to Her Own Music and Shows Off Her Toned Body
Next articleTaylor Swift Releases Her First Single From reputation: Listen to “Look What You Made Me Do” Now