Worried about climate change? You’ve got a tough decision to make 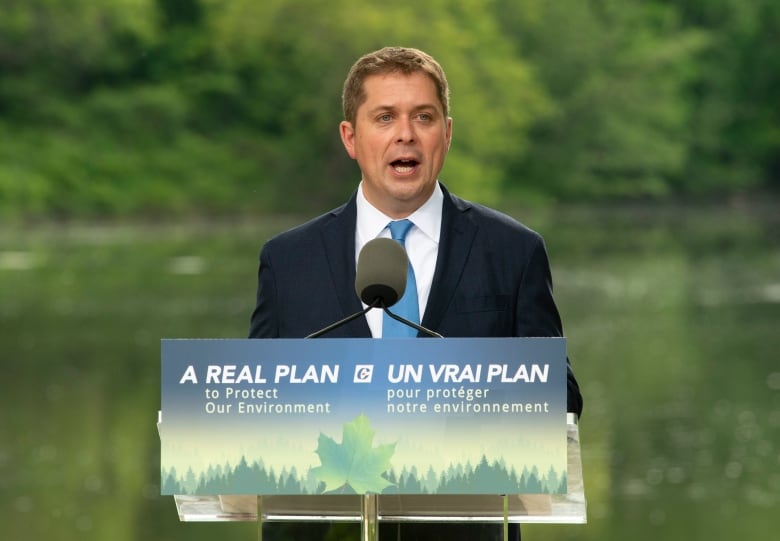 On climate change, the choice facing Canadian voters in this federal election is stark — and not perfectly simple.

Elections can be complicated that way. And if solving climate change was easy, we’d have done it by now.

Climate policy has been at the forefront of a federal election just once before — in 2008, when Stéphane Dion proposed a national carbon tax and Stephen Harper’s Conservatives responded by claiming that such a policy would bring about economic ruin.

That campaign ultimately was overtaken by an economic crash and the arrival of the Great Recession. But the partisan fight over Dion’s proposal set a template for the debate about climate policy in Canada, one that’s still at work in 2019.

If anything is different now, it’s that teenagers are in the streets. And that the fires and floods and storms of recent years have made climate change something more than a theoretical threat. Skeptics on the political right also have been joined by newly aggressive voices on the left — Green and NDP leaders who are saying we must go further and faster.

The greatest policy gap, measured in terms of declared and demonstrated ambition, lies between the Conservatives and the other three major parties — a difference that was underlined on Friday by Conservative Leader Andrew Scheer’s decision to pass on taking part in one of Friday’s massive climate rallies.

The Conservatives aren’t proposing to do nothing, of course, but they would do less than what the Liberals have done or are proposing to do. Scheer has said that his government’s first act would be to repeal the federal carbon price. He would scrap the clean fuel standard. The existing “output-based pricing system” for heavy emitters would be replaced with a requirement that firms invest an unspecified amount in green technology or research.

The Conservative plan expresses an interest in Canada’s current international target — to reduce emissions by 30 per cent below 2005 levels by 2030 — but it’s not clear how a Conservative government would get anywhere near it. Independent analyses have found that the Conservatives would miss the target for 2030 by either 109 megatonnes or 179 megatonnes.

Scheer’s approach amounts to a pause — scaling back on Canadian action while waiting to see what larger countries do. Indeed, part of the Conservative plan is premised on the possibility that other countries, like China, will turn to Canada for help (and allow Canada to take credit for the emission reductions that result).

On Friday, Scheer suggested that widening a car tunnel in British Columbia would lead to reduced emissions — a dubious proposition that clashes with what we know about the behaviour of motorists.

The Liberals’ ‘not perfect’ plan

Eleven years after Dion, Liberal Leader Justin Trudeau is still defending his choice of climate actions. But in one of the Liberal Party’s newest campaign ads, Trudeau looks into the camera and acknowledges the counter-argument — that he needs to do more. “Of course, it’s not perfect,” he says of the Liberal plan, “and we need to do more.”

Liberal Leader Justin Trudeau met with Swedish teen climate change activist Greta Thunberg this morning ahead of a mass rally in Montreal calling for urgent action to fight climate change. He met with her in his capacity as prime minister and the pair spoke in private for about 15 minutes. 0:54

Canada’s current emissions target was established by the Harper government. Trudeau declined to set a more ambitious objective — a decision for which he is still criticized by New Democrats and Greens, and activists who argue Canada should be doing more.

When the Conservatives left office in 2015, Canada was on track to miss the 2030 target by 300 megatonnes. Three years later, a federal analysis of recent federal and provincial policies determined that the gap had been reduced to 79 megatonnes.

The Liberals point to those gains as an indication of substantial progress. Critics point to the remaining 79 megatonnes as proof of failure.

Since the spring budget, and through the first weeks of the campaign, the Liberals have been attempting to compensate for the gap: new incentives to encourage the purchase of zero-emission vehicles, a tax cut for firms that develop clean technology, interest-free loans to cover the cost of retrofitting homes.

On Friday, before taking part in that massive climate march in Montreal, Trudeau announced that a re-elected Liberal government would plant two billion trees over the next ten years — part of a larger plan to use natural carbon sinks to reduce emissions by 30 megatonnes.

Still, there’s no complete accounting for all of that 79 megatonne gap.

That’s not the only aspect of his government’s climate agenda that Trudeau has been called upon to explain, of course. As he marched at the climate rally in Montreal on Friday, a group of demonstrators near him rhythmically chanted, “What about … the pipeline?”

Trudeau (and others) argue that it’s possible to both build the Trans Mountain pipeline expansion and take action on climate change, to proceed with the project and still hit Canada’s international target. But he’s up against a reflexive impression among many voters that a new pipeline does not belong in a future that will require great amounts of clean energy.

“Trees won’t hide the pipeline you bought,” NDP Leader Jagmeet Singh tweeted at Trudeau on Friday. (Singh himself has struggled to explain his position on another resource development, but that’s another matter.)

Viewed from one perspective, Canada has some of the most stringent climate policies in the G20. And underlying the debate about Trans Mountain are significant questions about the national economy and national unity, most of which have been side-stepped by pipeline opponents over the last four years.

Viewed from another perspective, the prime minister is still a hypocrite.

Still, the New Democrats and Greens aren’t just opposed to the Trans Mountain expansion. They’re also promising to do more to reduce emissions. The NDP would like to cut emissions by approximately 50 per cent below 2005 levels by 2030. The Greens would set a target of 60 per cent.

Neither party has yet produced projections that show exactly how they would get to those levels.

In the meantime, both parties are promoting ambitious policy goals. The NDP says it would retrofit half of all homes by 2030. The Greens say they would ensure that every building in Canada — “residential, commercial and institutional” — would be carbon neutral by 2030.

Those would be major changes. But Andrew Leach, an economist at the University of Alberta who advised Rachel Notley’s provincial government on its climate policies, has criticized both plans for lacking detail on implementation.

The Liberals can be chided for not yet showing exactly how they’d hit the current target — a target they now say they’d exceed. But the New Democrats and Greens can still be challenged to explain how they’d achieve more.

The NDP’s most ambitious proposal may be its pitch to use “the powers of the federal government to ensure that the provinces set and meet” emissions reduction targets. That approach that would require significant and inevitably difficult negotiations with a set of premiers who already have demonstrated a lack of enthusiasm about federal intervention.

In some cases, the policy differences between these three parties might be overstated. Neither the New Democrats nor the Greens are calling for an immediate increase above the current schedule for the federal carbon price — the Greens would raise it after 2022, but that will be an issue for the next federal election.

The NDP has criticized the Liberal approach to heavy emitters but would only adjust the current system: reducing the subsidy threshold from 80 or 90 per cent of average emissions to 70 per cent.

Trudeau also has diminished the long-term differences between the parties with a campaign commitment to aim for net-zero emissions by 2050, effectively matching the the Green and NDP targets. But that also leaves something to the imagination.

At least, it does if you’re actually interested in getting Canada to net-zero by the middle of this century.

If you’re basically unconvinced that significant action is necessary, the choice is fairly simple. If you’d simply rather not pay the cost of the federal carbon price, the Conservatives are offering themselves as an option.

If you’re more interested in seeing Canada reduce its emissions, you have your choice of three major parties, offering varying levels of ambition and explanations.

One of those parties supports building a pipeline. It’s also a party that currently is at or near the top of most opinion polls

Voters worried about climate change might wish that the current government would go faster. But they’re also faced with the possibility that choosing a more ambitious alternative might split the vote and allow the Conservatives to win power.