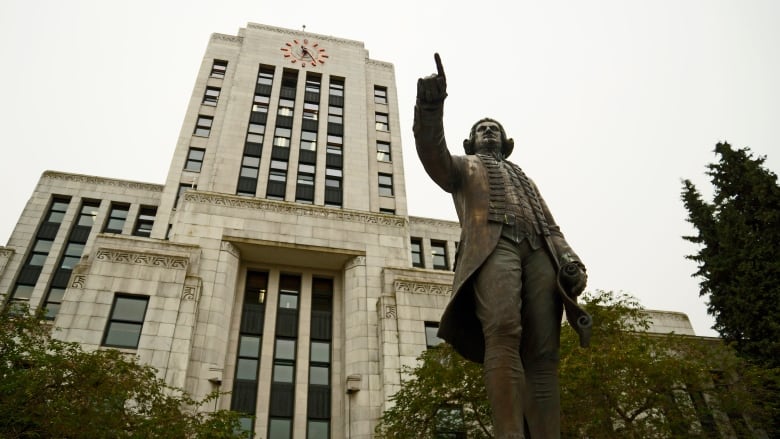 WorkSafeBC, a government agency that oversees workers’ health and safety in the province, has been ordered to investigate an Indigenous woman’s claim that she was traumatized by a “culturally unsafe or insensitive workplace” as a City of Vancouver employee.

The woman worked as an activity leader at Oppenheimer Park through a municipally run community centre from October 2018 to April 2019, when she went on leave after allegedly witnessing what she claimed were “multiple incidents of cultural insensitivity” and “dehumanizing treatment of homeless patrons living in tents.”

Although the woman said she wasn’t directly targeted, she claimed she was subject to numerous microaggressions and witnessed racism toward Indigenous people by co-workers, engineering department staff and police officers. Microaggression refers to intentional or unintentional comments or behaviour that disparage a culturally marginalized group.

Her claim for stress leave was originally denied, but a WorkSafeBC review officer said in a decision released last month that the woman’s claims were not adequately investigated.

“My co-workers’ and colleagues’ prejudicial attitudes show they had very little, if any, awareness of the historical reasons for the present-day grievances of Indigenous peoples in Canada,” the woman wrote in a statement quoted in the decision.

“My workplace has put me in the intolerable position of being a witness to racism, abuse of power and derogatory and dehumanizing comments in my workplace toward Indigenous people.”

‘It opens the door’

The review decision does not provide the name of the municipality or the employee, but the CBC was able to confirm through a friend of the woman that the alleged events took place in Vancouver.

Ritu Mahil, a labour and employment lawyer with Lawson Lundell LLP and former vice-chair of B.C.’s Labour Relations Board, said the case could prove significant — especially if WorkSafeBC ultimately accepts the woman’s claim.

“What it does is say that even though this worker didn’t claim that she was the direct recipient or the target of the comments or conduct complained of, it opens the door for employees who witness racist or insensitive comments to say that the conduct had an impact or led to the deterioration of their mental health,” she said.

The province and city worked to move more than 300 people out of Oppenheimer Park this spring as part of measures taken to fight the spread of COVID-19.

The tent city was set up around October 2018.

According to the decision, many of the people living in tents in the park were Indigenous.

The City of Vancouver would not comment on the matter and would neither confirm nor deny that it was the public body referred to in the decision.

“We have a commitment to foster broadly diverse, dynamic workplaces and deliver quality services that are equitable, accessible and inclusive of all people,” the city said in a statement.

The woman detailed a series of incidents that led to her claim.

She said she witnessed a city engineering crew and police officers tell a woman to “go back to the reserve” in her first week of work.

The woman cited a January 2019 debrief in which a co-worker responded to a discussion about nominating inspiring Indigenous women by saying: “Is there not enough already for Indigenous women in the community?”

And she claimed co-workers also made negative comments about a female activist and community organizer, whom one employee called an “anarchist.”

The woman “noted that she and the co-workers worked on the activist’s traditional lands.”

The woman claimed her supervisor asked for her input about steps to improve cultural sensitivity in the workplace, but no training was implemented.

Things allegedly came to a head after an altercation at a food distribution program, resulting in a discussion where a co-worker brought up racism and a supervisor said prejudice affected non-Indigenous communities as well.

“The worker broke down and started crying,” the review decision said. “She told her supervisor that if they were going to have that conversation, then she should not be the only Indigenous person in the room.”

According to the decision, the woman was diagnosed with post-traumatic stress disorder in 2009: “In June 2019, her doctor diagnosed her with an exacerbation of PTSD, secondary to the culturally unsafe work environment incidents.”

The woman said she felt devalued and degraded.

“What I experienced goes to the heart of the adversity Indigenous women face and resonated with me deeply on a personal level,” she wrote.

“It triggered the trauma I have due to my direct experiences with colonization and the forced assimilation in cultural norms among Indigenous people.”

In considering the woman’s appeal, review officer Robert de Balinhard said WorkSafeBC did not appear to have interviewed the city about the systemic element of her claim or to have adequately investigated the “potentially traumatic events or significant work-related stressors” she described.

“The worker has effectively accused the employer of fostering a culturally unsafe or insensitive work environment, which contributed to the deterioration of her mental health,” he wrote.

“While the worker denied any culturally insensitive or overtly racist comments were directed at her personally, she did state that she was subjected to colleagues’ microaggressions and other cultural insensitivity.”

Mahil said employers need to be aware of the cost of failing to protect workers from the cumulative effect of toxic workplace environments. She said she believes claims related to cultural insensitivity and instances of subtle and overt racism will increase.

In a statement, WorkSafeBC said the organization holds employers accountable to take steps to counter pervasive racist or toxic atmospheres in workplaces.

In 2019, prevention officers responded to nearly 6,000 inquiries related to bullying and harassment.