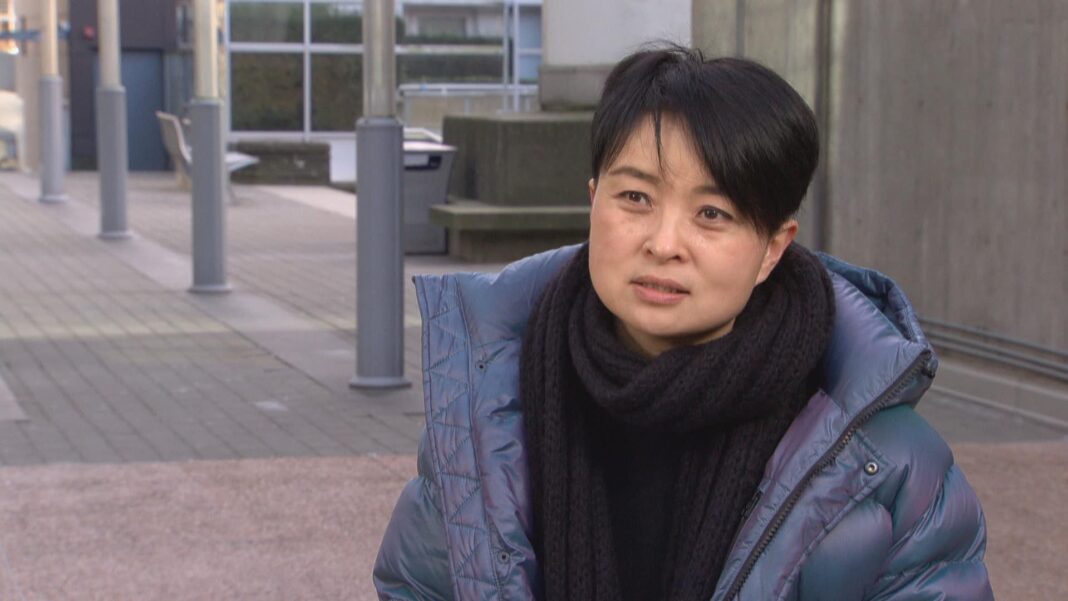 Vivien Zheng says she will never forget the phone call that led to losing her family’s entire life savings — $340,000.

The 43-year-old was rushing to her job, selling jewelry behind the counter in a downtown Vancouver department store, when her cellphone rang.

The caller said she was an employee at the Chinese Consulate in Vancouver, read off Zheng’s driver’s licence number, and told her she was a suspect in an international money-laundering scam.

“I was very surprised she had my driver’s licence number, because it was only one month old,” Zheng told Go Public. “I was scared to death.”

Only it wasn’t actually an employee at the consulate.

It was a scammer — the beginning of an elaborate wire transfer fraud that has taken both her savings and an enormous toll on her mental health.

“I had suicidal plans,” she confided, explaining that the May 2018 crime affected her so badly she is only now able to speak publicly about it.

It’s a crime, Zheng argues, that could have been prevented if the banks had better systems in place to protect customers — and financial fraud expert Vanessa Iafolla agrees.

“They’re [banks] the last line of defence,” said Iafolla, an assistant professor of criminology at St. Mary’s University in Halifax. “A secondary check … would go a long way to protecting people.”

How the fraudsters preyed

The supposed consulate employee told Zheng she was transferring the call to a Hong Kong police investigator, who was also in on the scam and accused her of selling her bank account information to criminals.

The “investigator” told Zheng she would be arrested, sent to Hong Kong and thrown in jail indefinitely if she didn’t co-operate. He texted her a fake arrest warrant, that included the photo from her driver’s licence.

“I totally believed these are international Chinese police calling me,” said Zheng, adding that the call appeared to be coming from 110, an emergency number in China similar to 911. “So I trust everything is true.”

WATCH | ‘I was scared to death,’ Zheng says: 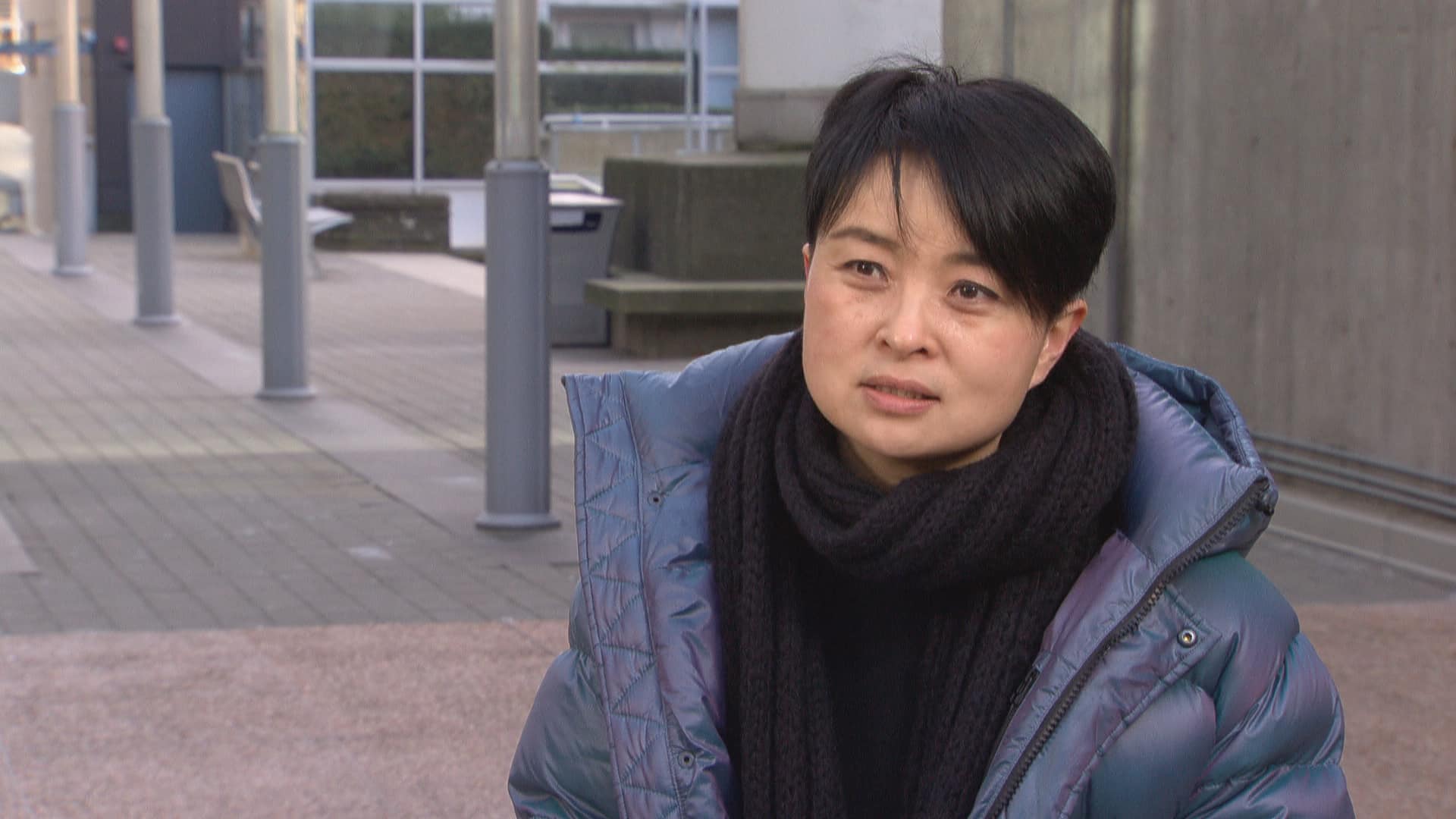 Vivien Zheng explains why she believed the wire transfer fraud she experienced was real. 1:19

The scammer also threatened to freeze Zheng’s bank accounts for three years if she didn’t follow instructions, which included forbidding her to tell anyone, especially the banks, what was going on.

“I started crying,” said Zheng. Her mother had died and her father had sold his sole property in China. He’d sent that life savings to Zheng so she could buy a condo and he could come to Canada and live with her.

“I was in the process of closing that [condo] sale,” she said. “So I was in panic mode. I did everything they asked me to do.”

The criminals instructed Zheng not to go online, telling her they were with the Independent Commission Against Corruption (ICAC) in Hong Kong — an actual organization created to stem government corruption — and were tracking her every move.

They claimed the ICAC would inspect Zheng’s money and return it once investigators were satisfied she wasn’t part of an organized crime ring.

Zheng moved to Canada in 2006 and became a citizen in 2010 but still remembered what she describes as an authoritarian regime back in China.

Over the next two weeks, she sent three more wire transfers to Hong Kong, through three different banks. draining every cent her elderly father had saved over his lifetime and sent to her.

But after her final payment, when no money was left to send, the fraudsters disappeared.

“In my whole life,” said Zheng. “I’ve never experienced such a horrible crime.”

As the devastation settled in, Zheng replayed what had happened over and over in her mind. Initially, she beat herself up for falling victim to the fraud.

“I did feel very shameful,” said Zheng. “I didn’t want to … share this story with anybody else because I knew they were going to think I am stupid.”

It’s a mindset Iafolla knows all about, but says no one should think victims of this sort of crime are to blame.

“She’s not stupid,” said Iafolla. “These people have refined their scams and … understand how to exploit human weakness. Being afraid for your own safety and being afraid for the safety of a loved one is a powerful motivator.”

As time passed, Zheng moved from feeling shame to anger, as she questioned why four major banks didn’t do more to protect her.

Zheng filed complaints with all four, but each one denied any responsibility — prompting her to file civil lawsuits against them all.

The banks have a very different view of the situation.

In its defence, RBC says it asked Zheng at the time who the beneficiary of the funds was before wiring the $60,000. Zheng had been coached by fraudsters to say it was her uncle, or face going to jail. The bank also says it asked whether Zheng trusted the source of the wire instructions and that her banking agreement protects RBC from responsibility for any losses.

BMO’s statement of defence says Zheng was bound to disclose any “suspicious circumstances” and, by her violating that agreement, it is released of responsibility for her $32,000 loss.

The largest wire transfer — $178,000 — was made through TD Bank. In its legal defence, TD says Zheng claimed (as instructed by the fraudsters) the recipient was a business associate. TD also says the “wire agreement” she signed absolves the bank of “any loss or damage” that occurs as a result of sending the money.

Iafolla has reviewed documents relevant to Zheng’s four legal battles and says, for the most part, the questions asked by bank branch staff only dealt with the correct processing of the transaction. She says even if Zheng didn’t disclose the true reason she was wiring the funds, banks should still have been able to detect something fishy.

“None of the questions that I saw in the documents actually demonstrated … the kind of probing that I would want to see, as somebody who is concerned about financial crime,” she said. “What was asked of her was very superficial and mostly pertained to the correct processing of the transaction.”

“The issue is, are those questions enough, knowing what [banks]  know about fraud?” Iafolla asked. “I don’t see a recognition of that in those documents.”

As Iafolla reviewed the documents, she noted a number of glaring red flags that seemed to have gone unnoticed.

For one, she said, the sheer size of the wire transfers alone should have prompted frontline staff to make more inquiries.

“The amount is incredible,” said Iafolla, who says each bank had a responsibility to have a probing conversation with Zheng.

“They’re supposed to question you when you have a transaction that appears to be suspicious. That’s part of the legislation. So over $10,000 certainly that would get reported for being a suspicious transaction.”

The banks’ current anti-fraud measures aren’t enough, she says, and should involve, “a real serious conversation — not one that ticks the boxes to say, ‘Well, we complied, we asked you these discrete questions and so we’ve discharged ourselves of our obligation.'” 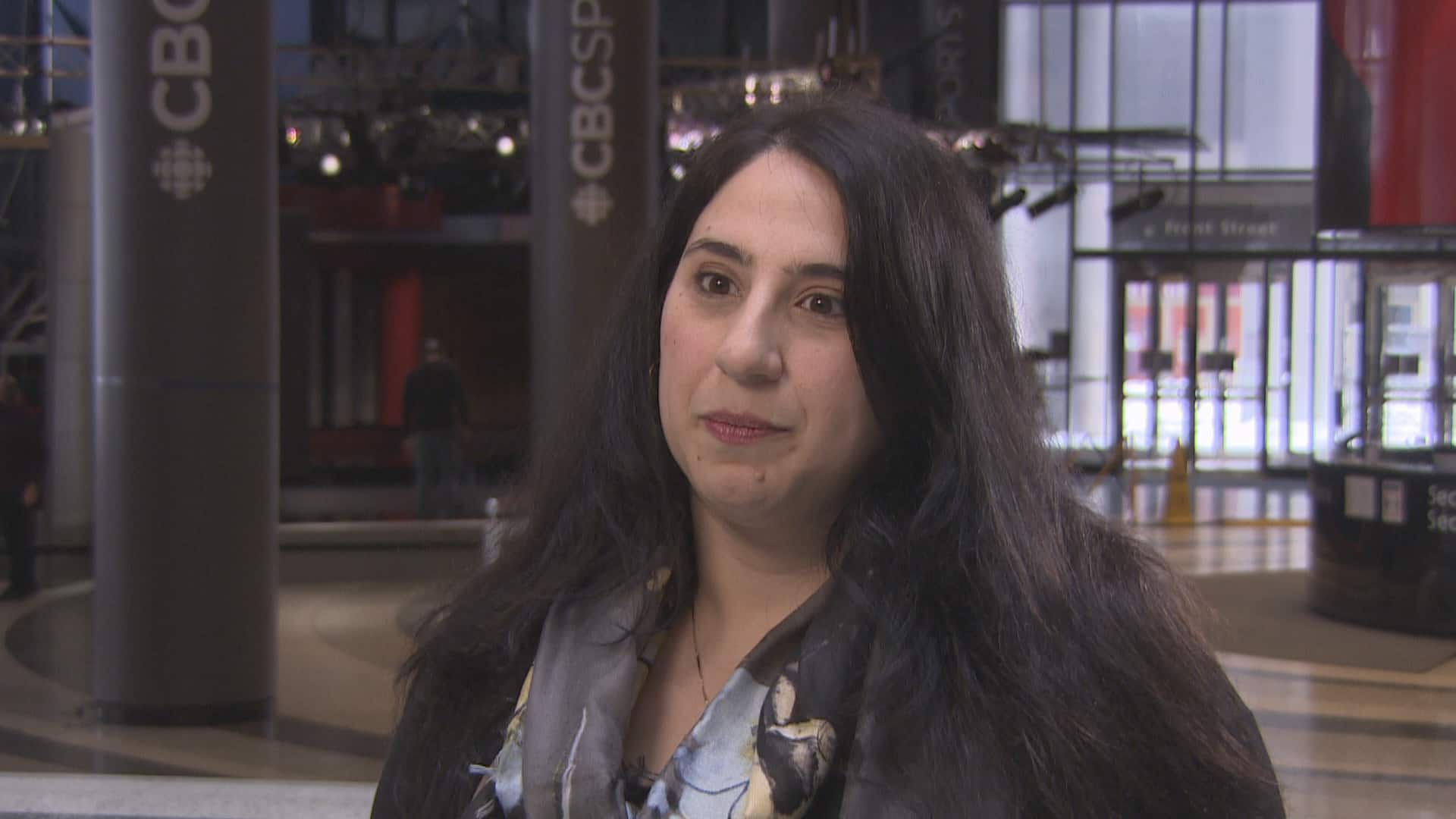 Zheng had also never before sent a wire transfer to Hong Kong, which should have been another warning that something was amiss, says Iafolla, had they asked.

“You’re supposed to look at patterns of behaviour,” she said. “Certainly somebody who lives here and doesn’t transfer money out regularly, that’s a person whose transactions should be reviewed.”

Immigrants may also be more susceptible to fraud, says Iafolla, if they don’t know how Canada’s legal system works with international authorities.

“I think it would behoove financial institutions to protect people who are more socially and politically vulnerable and who might not have the knowledge to understand if they’re being scammed,” she said.

None of the banks appear to have questioned the destination for Zheng’s money, Hong Kong, even though it has been reported that the region is a high-risk location for money laundering.

There were similar scams reported in the media months before Zheng was targeted; fraudsters who tricked Mandarin-speakers into sending massive wire transfers.

That same year, complaints of wire fraud in general were pouring into the Canadian Anti Fraud Centre (CAFC), which received some 1,100 reports amounting losses of almost $48 million. The year before, 2017, the CAFC received 1,260 reports totalling roughly $46 million.

The U.K. introduced new rules five years ago that involve training bank staff to detect the warning signs of someone being scammed.

Under the U.K. Banking Protocol, branch staff who have concerns about a client’s transaction make an emergency call to police, who then visit the branch to investigate. The latest figures available show that the initiative prevented fraudsters from getting their hands on $33 million Cdn in the first half of 2020.

Go Public asked the Canadian Bankers Association why a similar program isn’t in place in Canada. A spokesperson declined to answer the question, saying in an email that banks in Canada “work closely with law enforcement agencies and authorities.”

When Zheng reported the fraud to Vancouver police, a detective from the financial crime department recommended that she contact the Hong Kong police herself, claiming they’d had little luck working with authorities there in the past.

For almost three years, Zheng has kept secret the financial devastation — not even telling her elderly father, fearing it would have a severe impact on his health.

But the pressure is mounting to reveal the burden she’s been carrying. In the aftermath of the crime, Zheng lost her job from the emotional stress and has recently not been able to make mortgage payments on the condo her father thinks was paid in full using his savings.

Last week, she came home to discover a notice on her front door — Scotiabank, which holds her mortgage, is preparing to seize the condo.

She’s speaking out, she says, on behalf of countless other people who’ve also had their lives turned upside down by wire transfer fraud, and to alert those who could be close to the same fate.

“My purpose is to stand for not only myself, but all the victims,” said Zheng. “We deserve proper protection from the banks. They had a responsibility to warn people of such a serious crime.”