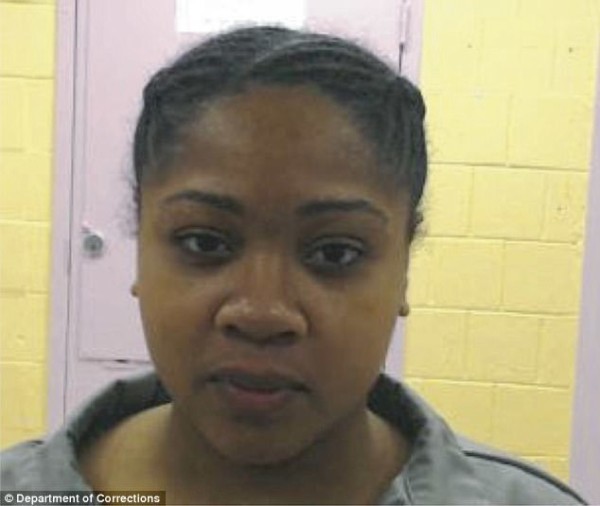 A Bronx woman who was accused of murdering her pregnant friend to cut the unborn baby out from her womb, has been found guilty by a jury, New York Dail News reports.

Ashleigh Wade, 24 was convicted of second-degree murder and kidnapping after stabbing her pregnant friend Angelikque Sutton, 22 multiple times on her wedding day November 20, 2015, and performing a crude caesarean section on her.

Sutton died, but the baby survived.

Wade who claimed the baby was hers, bought baby items, and pretended to be pregnant before the deadly attack. The crime was carried out on the day Sutton was set to be married.

Prosecutors said Wade lured Sutton to an apartment by promising her a gift on her way to a courthouse to marry Patrick Bradley.

She then proceeded to slit her throat and stabbed her more than 50 times before removing the baby.

Wade’s defense attorney, Amy Attias, said that her client did not “intentionally” kill Sutton and that “something could have gone horribly and terribly and tragically wrong within Ms. Wade’s own mind.”

Wade’s boyfriend found her cradling the baby next to her dead mother’s body. When the police arrived, Wade screamed at them; “It’s my baby!” as they took her into custody.

DailyMail reports that one of the jurors, a middle aged woman, passed out after seeing the grisly crime scene photos.

Sentencing has been set for October 20, 2017, and Wade may be facing up to 25 years imprisonment.