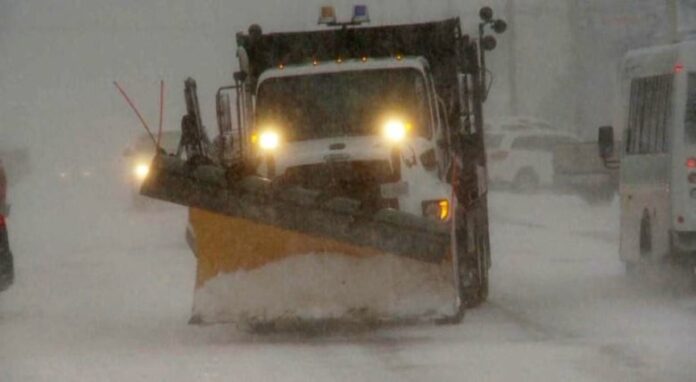 Winter has only just arrived in northern Ontario, but so far the season is proving to be a deadly one on highways in the region, raising questions over provincial funding for northern infrastructure.

“It’s impossible to see, and then you have some drivers … that like to go at screamingly fast paces during those snowstorms,” said Suzanne Kukko, mayor of Nipigon, which is a small town on the Trans Canada Highway in northwestern Ontario, about 115 kilometres from Thunder Bay.

“It’s scary,” Kukko said. “You’ve got the rock cut, you’ve got those faster drivers to deal with, you’ve got the slippery roads and you’re sort of out of control fishtailing a bit because of those conditions.”

Among the seven people who died, three were as a result of two different crashes on highways 11 and 17 that happened on Nov. 29 near Nipigon.

“It was the first kind of snow event that we’ve had of the year, and this is what happened. You know, it’s terrifying,” Kukko said.

In November, the province promised to improve its standard for clearing snow on highways 17 and 11. Both highways need to be fully cleared 12 hours after a winter storm, which is four hours faster than the previous standard.

Highway 17 connects Kenora, in northwestern Ontario, to Renfrew, in the Ottawa Valley. Highway 11 starts in Barrie and heads north to Matheson, in northern Ontario, before turning west past Thunder Bay to Rainy River, Ont.

In addition to a faster snow clearing standard for both highways, the province will also improve winter highway maintenance with more underbody plows, which are better at removing snowpack, and increased use of anti-icing liquids before snowstorms.

“This is admirable and we welcome all those improvements for the clearing standards. But what we want to know is … how they’re assuring us that these standards are being met, ” Kukko said.

In January, the Rural Ontario Municipalities Association will hold its annual conference, and Kukko said she suspects highway safety will be a top priority, with hopes of clearing up the lingering questions and issues around keeping northern roads safe.

Kukko adds that having clear highways is not just about safety. Since Highway 17 is a major cross-country corridor, highway closures would mean delaying shipments of goods across Canada.

In a statement to CBC News, a spokesperson for the Ministry of Transportation said the government recognizes that the winter months pose significant challenges for drivers in northern Ontario.

“We will continue to work closely with our contractors to ensure they have the equipment and materials to keep our roads safe during winter weather and storms, including returning highways back to bare pavement four hours faster than before,” that statement reads.

The report found in 2019 the ministry proposed deferring six highway expansion projects that were previously approved, and recommended funding four highway projects identified as government priorities, even though these projects were ranked as a lower priority by technical and engineering staff.

These projects, however, were eventually approved for funding as part of the 2020/21 10-year capital plan, according to the auditor general’s report. The ministry of transportation said it agrees with the recommended actions in the audit.

NDP MPPs Lise Vaugeois and Michael Mantha have pressed the government on the diversion of millions of dollars from highway infrastructure in the North, accusing Premier Doug Ford of building “multi-billion-dollar roads for his buddies.”

“Shortchanging the North has serious consequences,” said Vaugeois, MPP for Thunder Bay-Superior North in response to the deferral of these northern projects.

“Highways 11 and 17 merge together just outside Nipigon and both highways were shut down for 36 hours [in November], cutting off all traffic, including thousands of trucks, from being able to cross Canada,” reads the statement by Vaugeois, in a release issued by the NDP.

A spokesperson for the Ministry of Transportation calls the NDP claims inaccurate, adding that projects in northern Ontario are moving forward and says the government has invested more in the region than any previous provincial government.