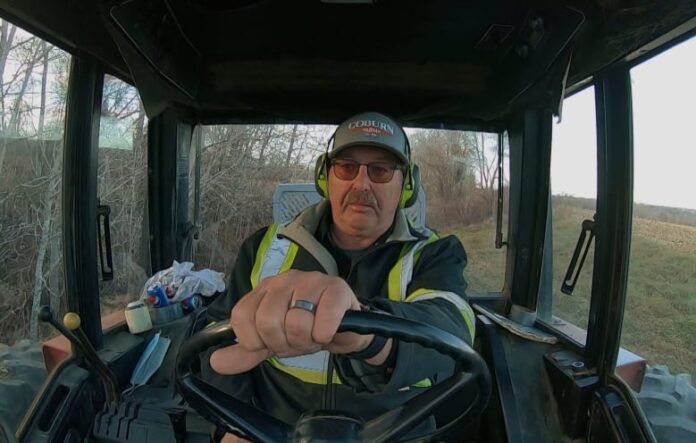 A pricing bubble that hit diesel and related fuels in the northeastern United States in early November has cost consumers in Atlantic Canada millions of dollars so far as it continues to engulf the entire region in elevated prices.

Data compiled by the national energy information company Kalibrate, which tracks petroleum prices in 77 Canadian markets, shows consumers in the Atlantic provinces paid up to 36 cents per litre more for diesel in November than they did in October.

That has been a windfall for oil companies selling in the region but has been a burden to consumers and businesses coping daily with the extra expense. The pricing bubble also affected furnace oil and kerosene.

“Anyone running trucks — it’s just been an obsession this year with those high prices of diesel,” said Fredericton-area farmer David Coburn.

Coburn was harvesting the last of his corn crop in early November when the diesel pricing bubble first inflated, and he watched helplessly as costs suddenly jumped 86 cents a litre over four days in New Brunswick, including one overnight 68-cent increase.

Coburn had 12 diesel-powered pieces of equipment working at the time and said his expenses instantly jumped $1,000 per day.

“I knew some people who worked in the woods or running gravel trucks who just parked their truck for the week. They could do that. We didn’t have any choice. You’ve got to do your crop harvest when it has to be done, and so we had to go.”

Diesel prices have been unusually high across Canada for most of the year, but the escalation in Atlantic Canada moved to a more extreme level starting early in November.

Reacting to a sudden spike in spot prices for kerosene in New York markets on Nov. 3, the New Brunswick Energy and Utilities Board authorized retailers in the province to raise prices to $3.07 per litre for diesel on Nov. 5.

Diesel is mixed with kerosene in cold weather months to improve engine performance.

It was a single day increase of 68.6 cents following a 17.8-cent increase the EUB had authorized for similar reasons three days earlier, and when some retailers in the province began charging the maximum allowed, it set a Canadian pricing record.

Similar, although less extreme increases were authorized at the same time by regulators in the three other Atlantic provinces, and higher prices than elsewhere in Canada have persisted throughout the region ever since.

In Saint John, home of Canada’s largest oil refinery, the cost of diesel at the pumps in October, before the pricing bubble, averaged 15.3 cents higher than the Canadian average for the entire month, mostly due to higher than average provincial fuel taxes.

On Wednesday this week, it was 56.3 cents more.

Consumers in other Atlantic Canadian communities are paying similar premiums.

Spread over the nearly 3 million litres per day used in the region for road vehicles alone, it has been a major expense for businesses and consumers.

And although some of that extra money has gone to increased federal and provincial government sales taxes on the higher prices, most has flowed to oil companies in the form of record refinery and retail margins.

In Saint John, according to Kalibrate, the local refinery made an estimated 105.5 cents per litre, before expenses, as its share of every litre of diesel sold in the city in November, compared to 25.9 cents per litre last November.

Kalibrate’s Paul Pasco said that is a side effect of extreme diesel supply and pricing issues in the northeastern United States that Atlantic Canada is intertwined with, and not a sign Atlantic Canadians are being overcharged.

“It’s not normal that we would see margins expand like that. You will only see that in periods where demand is exceeding supply.”

That does appear to be the case, given there are similar regional pricing imbalances in the United States, and all four Atlantic provinces closely regulate prices that oil companies can charge for petroleum in their jurisdictions.

This week in the U.S. the Energy Information Administration reported that “on-highway diesel fuel prices” in states nearest Atlantic Canada, including New England and central Atlantic states like New York and New Jersey, are at least $1.10 higher than prices in the southern U.S. That is triple the difference from a year ago.

The permanent closure during the pandemic of key refineries serving northeast markets, a strike at five refineries in France in October and a two-month maintenance outage at the Irving Oil refinery in Saint John in September and October all helped restrict supplies in the region as demand for a key diesel-related fuel — furnace oil — began picking up.

All four Atlantic provinces base their own authorized prices for diesel on values set in northeast U.S. markets, and when those prices spike they quickly migrate across the border.

Similar pricing problems haven’t struck gasoline because there is a larger supply, and it lacks the seasonal spike in demand that furnace oil causes in northeast U.S. diesel markets.

Pasco says there are signs supply problems are easing, although that hasn’t shown itself in price differences between Atlantic Canada and the rest of the country yet.

Coburn says he understands the basics of what has been happening to diesel prices in the region, but it doesn’t make it any easier to live through.

“It’s been a tough year fuel wise,” he said.