With one week to go before election day, here’s what to watch in the final stretch 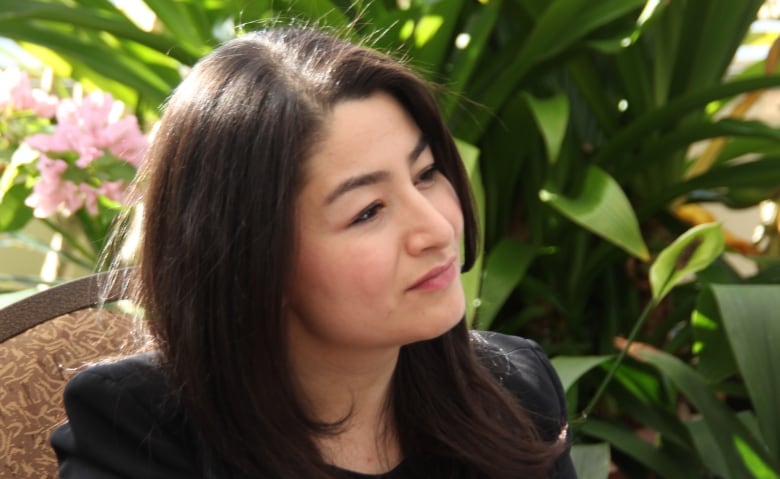 With just one week left before election day, nothing is certain.

CBC’s Poll Tracker shows the Liberals and Conservatives in a neck-and-neck battle to form a government, with the New Democrats in third.

That pressure has created a few storylines and races to watch in the home stretch.

For the first time in more than two weeks, the Liberals have moved ahead of the Conservatives in national support  — but by just a hair.

The close race has put some cabinet ministers at risk, with the Conservatives and the Bloc Québécois closing in.

Conservative Michelle Ferreri, who runs a social media marketing company and was a former TV anchor, is hoping to be Monsef’s foil in a riding with both a large urban core and rural areas.

Her campaign hasn’t been smooth sailing though. Ferreri made headlines over the weekend when she visited a retirement home despite not yet being fully vaccinated.

The Bloc is looking to stem the ambitions of two cabinet ministers.

Treasury Board President Jean-Yves Duclos won the Quebec City of riding of Québec by under one per cent last time. The Bloc is running Louis Sansfaçon, a former member of the Sûreté du Québec who was sentenced to seven years in prison for possession and trafficking of narcotics in the early 1990s. He has since received a pardon.

National Revenue Minister Diane Lebouthillier is in a rematch for Gaspésie–Les Îles-de-la-Madeleine against the Bloc’s Guy Bernatchez. She squeaked out a win in 2019 by a slim margin.

Collapse of the Greens

The 2019 election proved historic for the Greens when voters sent three MPs to the House of Commons. This year could be historic for another reason.

When the election was called, the Greens were still trying to shrug off negative press that suggested the party was imploding following a public fight .

Leader Annamie Paul is in a rematch for Toronto Centre with star Liberal candidate Marci Ien, who won the Liberal fortress in a byelection last October.

Paul has mainly run a local campaign, spending the vast majority of her time in the riding instead of travelling to campaign with candidates across the country. While she has received favourable reviews for her debate performance, her path to Ottawa remains very much an uphill battle.

The NDP will be looking to capitalize on the Green’s poor poll performance to steal back the B.C. riding of Nanaimo–Ladysmith from Paul Manly.

Across the country, Fredericton, the party’s lone win outside of Vancouver Island, is also in jeopardy after former Green Jenica Atwin crossed the floor to the Liberals this year, citing distractions within the party, including internal disagreements on the Israeli-Palestinian conflict.

Now donning red, Atwin is hoping New Brunswickers like her, not just the Greens. Law professor Nicole O’Byrne, who had worked on Atwin’s 2019 campaign, is hoping to keep the riding Green with a new face, while Conservative Party candidate Andrea Johnson will be watching for a vote split.

In his first campaign at the helm, NDP Leader Jagmeet Singh saw his party drop to fourth place behind the Bloc. This time round the party is polling in third place and Singh is enjoying a person rise in popularity.

But Quebec, where the party fell to one seat, remains a struggle as Jack Layton’s 2011 Orange Crush fades into the history books.

With the party languishing behind the Liberals, Bloc and Conservatives in polling in the province, it’s at risk of getting shut out.

The lone man standing, Alexandre Boulerice, is in a fight to keep his Rosemont–La Petite-Patrie seat and make sure the party doesn’t lose its footing.

Former NDP MP Ruth-Ellen Brosseau is hoping to turn the party’s fortunes and is running again in her old riding of Berthier–Maskinongé. The Bloc’s Yves Perron won in 2019 by more than 1,500 votes.

Farther to the east, another race to watch is the battle in St. John’s East. The NDP’s Jack Harris is bowing out of politics, again, leaving the riding in play.

Labour leader Mary Shortallis is hoping to hold the party’s lone speck of orange in Atlantic Canada, while Liberal candidate Joanne Thompson, former head of a local community service centre, is hoping to turn it red.

Maxime Bernier’s People’s Party of Canada is enjoying a surge in the polls, ranking higher than the Greens, according to the CBC’s Poll Tracker,

The former Conservative has latched on to anti-lockdown movements across the country and campaigned against government-imposed vaccine mandates and passports.

While still in the single-digits, the PPC’s support has stirred questions (and skepticism) about whether it will siphon support from Conservatives and other disaffected voters.

The party’s main star, Bernier, is trying again to regain the riding of Beauce.

Bernier won the riding for the Conservative Party in the 2006, 2008, 2011 and 2015 elections before breaking with the party and launching his own party in September 2018.

He then lost to Conservative Richard Lehoux in 2019 by more than 6,000 votes.

Another riding to watch will be Alberta’s Fort McMurray–Cold Lake  where outgoing Conservative incumbent David Yurdiga, who the party said isn’t reoffering for health reasons, has endorsed the local PPC candidate Shawn McDonald.

Yurdiga has previously said said forcing workers to get a vaccine is a “tyrannical” idea that should give all Canadians pause.

In such a tight race, the close calls of 2019 could help decide the face of government.

Port Moody–Coquitlam, in the lower mainland of British Columbia, was one the tightest three-way races in Canada in 2019.

Only 153 votes separated the Conservative and NDP candidates, and both are running again. The Liberals finished in third last time, but by only about 1,000 votes.

Another tight race in British Columbia last election was Coquitlam–Port Coquitlam, where Liberal Ron McKinnon won by just under 400 votes.

The Conservatives are hoping to pick this riding up from the Liberals in their race to government.

The Conservatives were nipping at the Liberals’ ankles in the Ontario riding of Niagara Centre last election, finishing in second with about 31 per cent of the vote to incumbent Liberal Vance Badawey’s 35 per cent.

A notable riding to watch will be Kitchener Centre. Former Liberal Raj Saini stepped down from the race after allegations of sexual harassment were made against him. Saini has denied all the allegations as “unequivocally false.”

His resignation came after the nomination deadline, meaning he is still on the ballot and the Liberals were not be able to field another candidate in the riding.

Saini won the seat in 2019 by almost 6,000 votes ahead of Green Party candidate Mike Morrice, who is running again.

Who will replace JWR?

When former Liberal cabinet minister turned Independent MP Jody Wilson-Raybould announced she would not be reoffering this time, the Liberals had hoped to flip Vancouver Granville back to red.

But that plan stalled when it came out that candidate Taleeb Noormohamed has flipped more than 20 properties after less than a year of ownership since 2005, a contradiction to the Liberal platform on housing.

The riding has now tightened into a tight race among the three main parties.

No incumbents in five Hamilton ridings

The Hamilton area will be an interesting region to follow election night, with five MPs not running again.

Liberal Bob Bratina says he won’t run again in Hamilton East–Stoney Creek after disagreeing with his party’s support for Hamilton light-rail transit (LRT). Conservative David Sweet isn’t running in Flamborough–lanbrook, a decision he announced after he took part in non-essential travel last year despite the pandemic.

Conservative Phil McColeman of Brantford–Brant says he’s done too, as is Scott Duvall, a former steelworker and NDP MP from Hamilton Mountain. Diane Finley, a Conservative who has held the seat of Haldimand–Norfolk for 18 years, has also bowed out.

The three main leaders have all swung through the region to cheer on their new candidates.