With one budget, Freeland overturned 3 decades of political orthodoxy 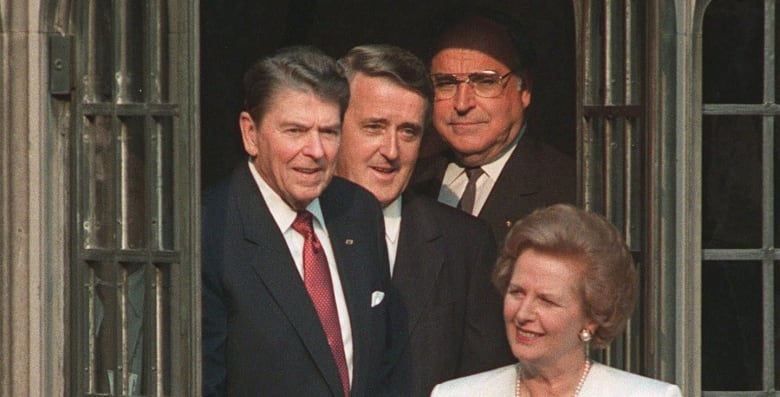 Nearly seven years ago, a rookie politician surveyed the political landscape across the democratic world and saw the outlines of a new era.

“What we are seeing, in both Western Europe and North America, is the end of the Reagan/Thatcher era and of the political ideas that created it,” Chrystia Freeland wrote at the time.

While in power, U.S. President Ronald Reagan and U.K. Prime Minister Margaret Thatcher personified an anti-government agenda that prioritized cutting taxes, repealing regulation, shrinking the state and deferring to the market. For nearly three decades that agenda held sway in the West, reining in the governing visions of even liberal politicians.

But in July 2014, Freeland was arguing that the Western world was on the cusp of what she called a “new tectonic political shift” requiring a change in thinking by and about government.

Back then, Freeland — Justin Trudeau’s first star recruit — had been an MP for just eight months. Now she’s a finance minister staring down the painful endgame of a global pandemic and the unpredictable future that will follow it.

The budget she tabled on Monday is about dealing with the immediate threat of COVID-19 and then repairing and revitalizing the economy with an eye to the future. But it can also be read as a document that nudges the federal government and the political debate further away from the thinking of Reagan and Thatcher (and, in the Canadian context, Stephen Harper).

The budget proposes $135 billion in new spending over the next five fiscal years, most of which will be spent over the next three years to deal with the impact of the pandemic and to stimulate the economy as the virus recedes.

But there is significant permanent spending here too: for fiscal 2025-2026 — which is as far ahead as this budget looks — Freeland has budgeted for $16.1 billion in new federal spending.

More than half of that — $8.4 billion — would go toward early learning and child care, matching almost exactly what advocates had said would be necessary to deal with a lack of high-quality, affordable spaces.

But the budget also offers new and substantial sums for Old Age Security ($3 billion), public transit ($2.6 billion) and measures related to climate change and the environment ($1.9 billion). Expanding access to the Canada Workers Benefit — a refundable tax credit that supports low-income earners — would cost an additional $1.7 billion; Freeland says that could lift 100,000 people out of poverty.

Back in 2014, Freeland said that the Reagan-Thatcher revolution grew from the idea that “an overgrown, inflexible welfare state” could be blamed for a sluggish economy and high inflation. But the key problems of the modern economy, she argued — low economic growth and high economic inequality — can be traced back to a lack of government action.

The Trudeau government was elected on a promise to spend more and do more. It has done dozens of things that the Harper government wouldn’t have over the last six years (and some things which Trudeau might wish he hadn’t done). But a few numbers also might quantify the broader change.

In 1992-1993, at the end of Brian Mulroney’s time as prime minister, the ratio of federal program expenses to GDP was 17 per cent — down from 18.3 per cent in the last year of Pierre Trudeau’s government — while revenue was 17.3 per cent.

Before the pandemic, the Trudeau Liberals had pushed those numbers back to 14.1 per cent and 14.9 per cent. With this new budget, Freeland foresees spending reaching 14.9 per cent in 2025-2026 and revenues totalling 15.3 per cent.

That’s not quite the return of “big government,” but it’s several steps removed from the vision of Reagan, Thatcher and Harper. And that change of direction is now demonstrated by a commitment to dramatically increase the federal government’s involvement in child care — to spend federal resources and work with provinces to expand a vital social program.

It shouldn’t be forgotten that Harper came to office with a promise to scrap the previous Liberal government’s plans for a national child care program.

Those on the political left might argue this isn’t actually enough. And they might have a good case. The Trudeau government has shelved discussions about increasing health transfers to the provinces and Freeland’s budget offers nothing new toward fulfilling the Liberals’ promise of a pharmacare program. A new federal-provincial deal that includes funds for long term care could add billions to annual federal government spending.

Those on the right might argue that it’s all too much. As long as the federal government is forecasting a deficit, it will be challenged to make the case that what it’s doing is affordable. Even with debt servicing costs at near-historic lows — projected at 1.4 per cent of GDP in 2025-2026, compared to 5.8 per cent in 1992-1993 — there will be some fretting about what might happen if interest rates rise in the future, or if there’s another economic shock soon.

Erin O’Toole responds to the fiscal plan announced by the Liberal government on April 19. 1:20

Maybe Freeland still sees a need to break away from the neo-liberal orthodoxy of the 1980s and onward, but she might also want to leave behind a fiscally credible government. The alternative would only make it easier to usher in a new era of anti-government politics down the road.

But an election almost certainly will occur long before anyone knows how the current fiscal situation plays out. The Liberals might be happy with the contrast now forming with Conservative leader Erin O’Toole — who responded to the budget by saying that the nation’s finances are out of control and suggesting he would prioritize cutting taxes right now.

Reagan and Thatcher are ancient references now, but the pandemic might have emboldened those who, like Freeland, believe the time for a different approach has arrived. And Freeland has now delivered a budget that follows on the arguments she made in 2014. That could set us up for a pivotal debate about the kind of government Canada needs now to deal with the problems of today.