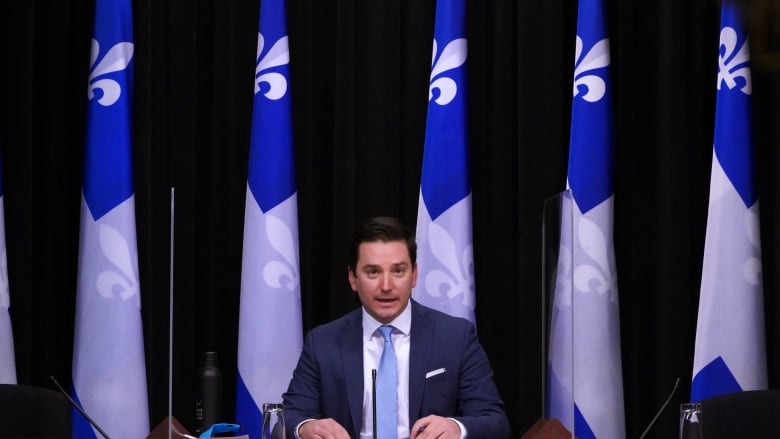 Quebec’s secularism law violates the basic rights of religious minorities in the province, but those violations are permissible because of the Constitution’s notwithstanding clause, a Superior Court judge ruled on Tuesday.

But the ruling by Justice Marc-André Blanchard also declared that the most contentious parts of the law — the religious symbols ban for many government employees — can’t be applied to English schools.

The desire of English school boards to foster diversity by choosing who they hire is protected by the minority-language education rights in the Charter of Rights and Freedoms, Blanchard said in his decision.

Crucially, that section of the Charter (23) is not covered by the notwithstanding clause.

Not long after the decision was handed down, Quebec Justice Minister Simon Jolin-Barrette, the architect of the law, said the province plans to appeal.

He said the court’s decision to exempt English schools threatens to divide the province along linguistic lines and create two categories of Quebecers.

“We don’t agree with the judgment,” he said. “We need to keep united in Quebec, and all the laws that are adopted here at the National Assembly have to apply to everyone.”

Other than the decision regarding English schools, the judgment largely left the law intact. It was facing four separate legal challenges, each containing several different arguments about why the law is unconstitutional.

Civil liberties groups, including the National Council of Canadian Muslims and the Canadian Civil Liberties Association, began filing lawsuits against Bill 21 as soon as it was passed.

In passing the law, the Quebec government invoked the notwithstanding clause, meaning the law couldn’t be challenged on the grounds that it violated basic rights contained in sections 2 and 7 through 15 of the Charter.

Blanchard said the government respected the rules for invoking the clause. He made it clear, though, that the law trampled on minority rights by restricting what they can wear in the workplace, such as a hijab.

“The court highlights the evidence [that] undoubtedly shows that the effects of Law 21 will be felt negatively above all by Muslim women,” the decision reads.

Members of the province’s National Assembly also can’t be forced to provide services to the public with their faces uncovered, Blanchard said.

WATCH | A Sikh teacher reacts to the ruling:

Amrit Kaur, a Montreal high school teacher who moved to British Columbia, says the court ruling on Bill 21 is a small victory for those who teach in English schools, but those trying to work in the French system are still suffering. 1:19

In a statement, the English Montreal School Board said it was “elated” with the decision to exempt English-language school boards from the law.

“We value the diversity of our students and staff and respect their personal and religious rights, which are guaranteed both by the Canadian and Quebec Charters of Rights,” said board chair Joe Ortona.

But teacher Amrit Kaur, a Sikh woman from Montreal who wears a turban (dastar), described the ruling as “bittersweet.”

During the trial last November, Kaur told the court she was forced to take a teaching job in British Columbia after she finished her education degree in 2019.

On Tuesday, Kaur said she is reminded of the many teachers trying to work in the French system “who can’t teach and they have to re-evaluate what they’re going to do with their lives.”

“My heart really goes out to them, and I’m thinking about them a lot today,” she said.

Muslim women among most affected

The 240-page ruling comes roughly a year and a half after the Coalition Avenir Québec government passed Bill 21, which bans some civil servants from wearing religious symbols at work.

Among the largest group affected by the ban are Muslim women, who are no longer allowed to wear hijabs if they work as public teachers, prison guards or government-paid lawyers.

The restrictions were necessary, the government said, to protect Quebec’s unique version of secularism, or laicity.

Tuesday’s decision marks the first time a court has issued an opinion on the law’s constitutionality. It is, however, highly unlikely to settle the matter.

Most legal experts expect the issue will eventually be appealed to the Supreme Court of Canada. Michael Bryant, executive director of the Canadian Civil Liberties Association, said the judgment “sets us up well for an appeal,” given that it acknowledges the harm the law causes.

“Of course, everybody who cares about what this law does to people’s dignity are disappointed that that law continues,” he said.

“But I would say that, legally, I am heartened as to what the future holds because I think we’re well set up to make a very strong appeal.”

WATCH l Understanding Bill 21 and the notwithstanding clause:

McGill Law Dean Robert Leckey discusses how some groups challenging Bill 21 are trying to get around the notwithstanding clause. 0:58