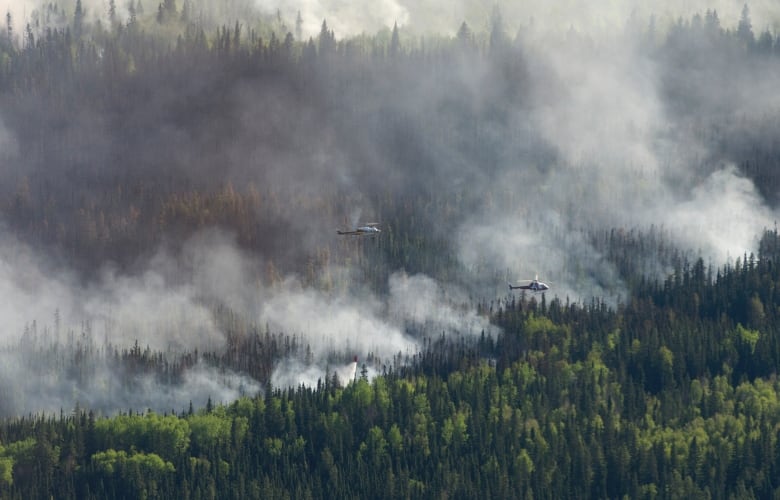 As the wind shifts, the risk of a wildfire moving toward the town of High Level, Alta., increases. Crews are working to protect High Level, and did a controlled burn along Highway 35 south of the town on Friday. (Chris Schwarz/Government of Alberta)

The likelihood of a wildfire moving toward the northern Alberta town of High Level increased Sunday with a shift in wind direction.

The town and surrounding communities have been under a mandatory evacuation order since Monday because of the nearby Chuckegg Creek fire, which is now about 105,000 hectares in size.

Alberta Wildfire incident commander Scott Elliott said wind direction is expected to shift all day Sunday, then blow north or northeast by Monday morning. The out-of-control fire is burning three kilometres southwest of town, which will be at risk if the flames started moving northeast or east.

“We will see increased chance of fire spread toward the community, but we feel like the preparations we’ve taken have put us in a pretty good position to be able to meet the challenge and prevent as much damage as possible,” Elliott told reporters Sunday morning.

“Everybody is concerned and knows how important this is, but we’re ready for it.” 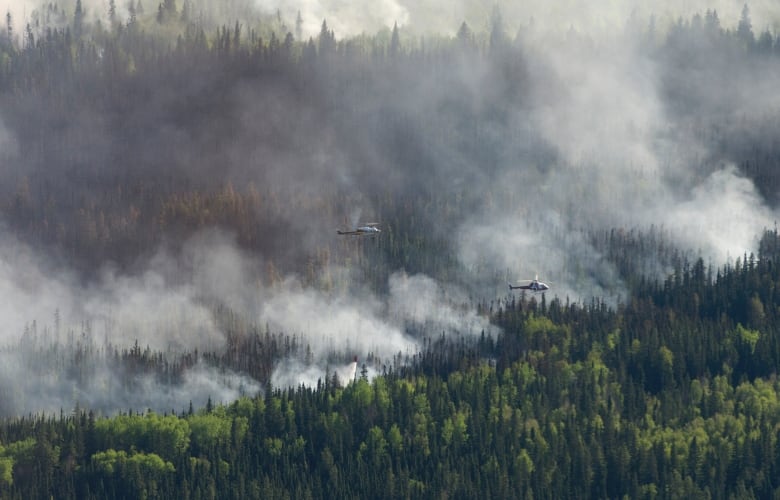 There hasn’t been a significant amount of smoke in the town over the past several days, but communities in northern Alberta are now under a 24-hour heavy smoke warning due to the shifting winds.

The nearly 400 firefighters tackling the wildfire have been working to prepare the community for the change in wind direction, he said.

Firefighters completed a controlled burn Friday to create a buffer south of the town. Crews have also set up protections such as sprinklers for homes in the area.

“We’ve done many of the things we need to do in order to make sure that the community is going to be safe from wildfire,” Elliott said. “The biggest thing for us is the conditions have continued to get worse. So until we get rain, the fire behaviour situation continues to be in the extreme.” 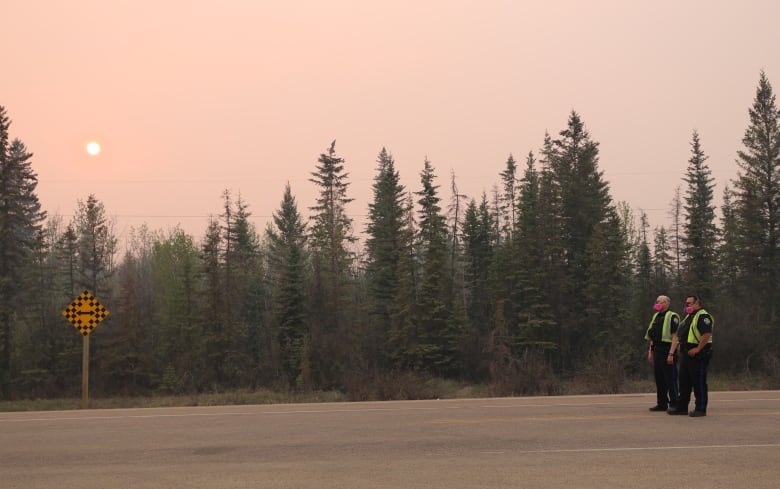 The wind shift is expected to blow more smoke into the town. (Josee St-Onge/CBC)

The weather has been getting hotter and drier, making it easier for fire to spread.

Firefighters are ready for the possibility of the blaze moving toward to the town, but are confident in the preparation work they’ve done, Elliott said.

“If we get through today without the fire approaching the community, that will sort of test the operations that we’ve put in place over the last week,” he said. “That will solidify much of the work that we’ve accomplished, and then we can focus on other areas of the fire that may still pose a threat to the community.”