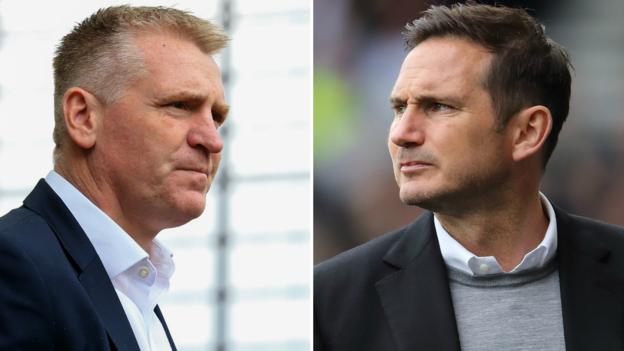 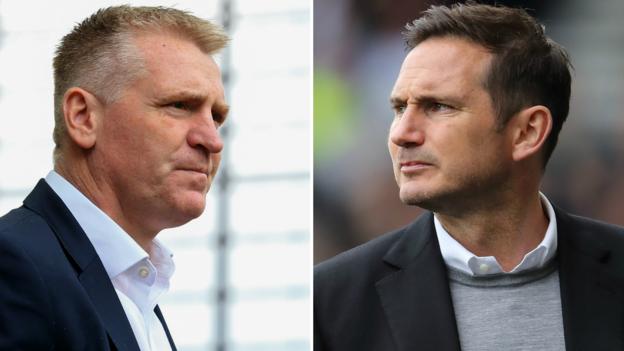 Aston Villa’s players can make themselves “icons” with victory over Derby in the Championship play-off final, according to boss Dean Smith.

Villa, looking to end a three-year exile from the Premier League, play the Rams for a place in the top flight worth £170m on Monday.

“It’s not a normal game, we know that, you can’t hide it,” Smith told BBC WM.

“The players have the chance to take an opportunity forward and become icons at Aston Villa.”

Villa finished fifth in the table following an incredible run of 10 straight wins in March and April.

“We’ve been playing must-win games for the past 15 or 16 games now and Monday will be no different,” Smith added.

Derby boss Frank Lampard said he wants his team to play with freedom.

They finished sixth in the Championship, two points behind Villa, and only secured their play-off place on the final day.

“However much the game is worth is not something that we can be in control of. I really want them to enjoy it. I played in finals and big games that I didn’t enjoy and moments passed me by and I don’t want that to happen to them,” he told BBC Radio Derby.

“I want them to play with freedom. We can win this game or we could lose this game but as long as the players give everything I’ll be proud and the fans will be.”

Villa have no new injury or suspension concerns and could name the same XI that started the semi-final second leg at West Brom which saw them go through on penalties.

Derby will be without left-back Scott Malone after he was sent off in their dramatic 4-2 win at Leeds United in their play-off semi-final second leg.

That means veteran Ashley Cole is likely to come in for what could be his final game in professional football, while Jack Marriott is pushing for a start after coming off the bench to score twice at Elland Road.

Striker Martyn Waghorn (Achilles) could feature after missing both ties against Leeds.