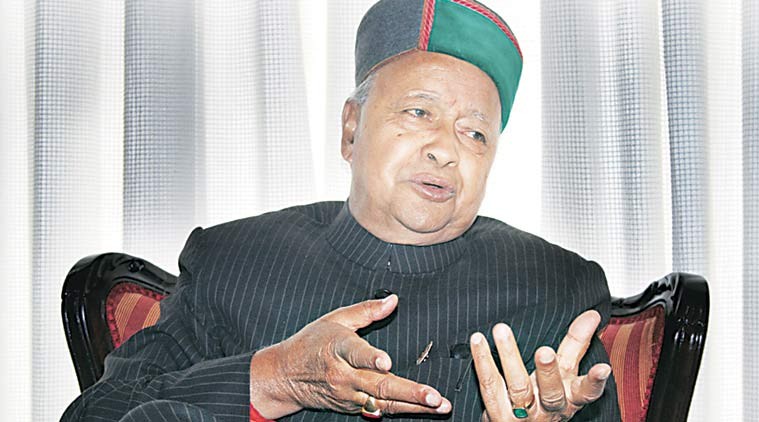 HIMACHAL PRADESH Chief Minister Virbhadra Singh on Sunday mocked the BJP over its claim that the party would win 60 seats in the upcoming Assembly polls and said he would leave Himachal Pradesh if the Opposition gets even close to the number.

Speaking to reporters at Haroli constituency of Una, where he launched projects worth Rs 29.50 crore, the Chief Minister said the Congress was in a “better winning position” than the BJP. He said the BJP has been targeting him and spreading false propaganda against the government as it was facing serious problems and diminishing prospects.

“If the BJP wins 60 seats, as it claims, Virbhadra Singh will leave Himachal Pradesh,” he said. Later, addressing a public meeting, Singh said there was a need for dedicated Congressmen who remain committed to the party under all circumstances and not behave like “Aaya Ram and Gaya Ram”. In Kutlehar, where the Congress lost several past elections, he said the BJP did not win the seat on its own, but due to Congress in-fighting.