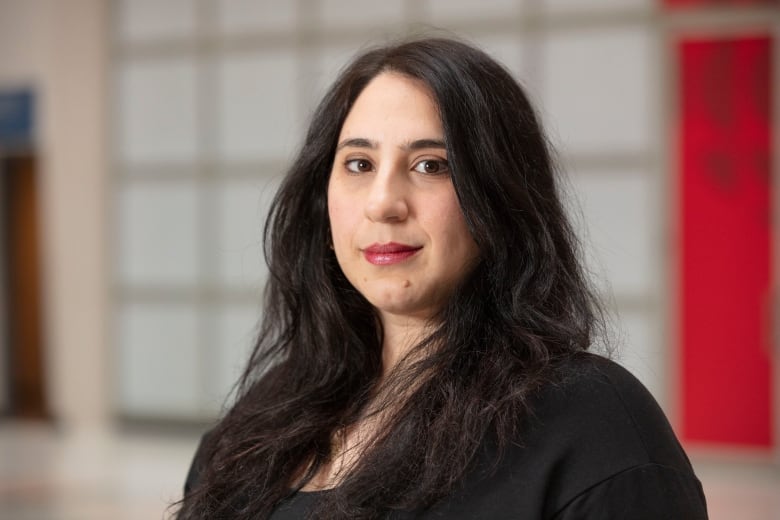 When a $23,000 order for food truck equipment came in to Brigitte and Dan Loik’s struggling restaurant equipment business in June, the couple hoped it was a sign the tough times were turning around.

The Burnaby, B.C., business was struggling to stay afloat during the pandemic.

The customer called himself Barry Alard, and had the identification and Visa card to match. Over the next week and a half, he came in several times to pick up parts of the order and pay for them.

But when that order turned out to be credit card fraud, the couple says they were hung out to dry twice: once by the fraudster who drove off with the goods, then by the banks.

“It just blows my mind that they can do this to us,” Brigitte told Go Public. “Why is this on me?”

Each time, Brigitte says she did everything required under the bank’s rules: checked the man’s identification and signature against the card and made sure he used the chip and PIN.

She also got authorization codes approving all of the transactions. But by the end of July, Chase Bank, which handled the Loiks’ credit card transactions, had pulled $23,032.80 out of their business account without warning.

The bank said the legitimate cardholder was claiming fraud and that the Loiks were on the hook for the money because no chip and PIN was used in the transactions.

“None of it makes sense,” Brigitte said. “I was standing about three feet away and saw him physically put the card into the machine … He did enter a PIN and then he was standing there waiting for it to be approved. I swear by the life of my mother, and I would swear on it in court.”

The former bank teller turned fraud prevention researcher at St. Mary’s University in Halifax says, despite what most banks say, no system is foolproof.

In this case, she said, “what you likely have is a spoofed card or an otherwise fraudulent card that has been created to specifically defraud merchants … there’s really no way for the merchants to protect themselves from something like that.”

The Loiks tried for months to resolve the issue themselves.

After Go Public contacted Chase, the bank initially offered to return $5,000 as a “goodwill gesture,” saying it had reviewed the account and understood “the challenges the chargebacks have caused.”

After repeated questions from Go Public, Chase then returned all but $6,272, the amount of two of the June transactions. It did not say why.

Merchants say this is not uncommon; 14 per cent of surveyed Canadian businesses say they have faced credit card transaction disputes, according to a 2019 poll of more than 7,000 Canadian Federation of Independent Business (CFIB) members.

“The worst part is, [businesses] have done everything that they’re supposed to do. So it’s incredibly frustrating and can be really damaging for a lot of these smaller companies,” said Corinne Pohlmann, senior vice-president of national affairs and partnerships for the CFIB, a not-for-profit that represents more than 95,000 small- and medium-sized businesses.

Banks blame each other

Go Public spent months going back and forth with Chase and Royal Bank, which had issued the credit card used in the fraud.

We repeatedly asked both why the Loiks were left to pay for it and who made that decision, but the details are still unclear.

Chase blames RBC. In a letter dated Sept. 30, it told the Loiks there is nothing it can do because RBC decided the couple should take the loss.

But RBC says Chase missed deadlines to submit evidence needed when the couple tried to get the decision reversed — so the Loiks’ dispute case died there.

Small business owners in B.C. say banks forced them to accept financial losses after a fraudster got away with $23,000 in inventory, though one bank stepped in after being contacted by Go Public. 2:22

RBC also says Chase also didn’t take the Loiks’ case to Visa’s arbitration process, which can only be done by a financial institution, not directly by business owners.

Both steps might have helped the Loiks recoup their losses. Chase said in a letter to the Loiks it’s “industry standard” for businesses to pay for fraudulent transactions when the card information is entered manually.

Go Public asked what industry standard the bank was referring to, but did not get an answer.

Chase also told the Loiks they should have submitted “acceptable documentation” to support their dispute, including a signed receipt or an invoice. The Loiks had already provided both.

Adding insult to injury, Brigitte notes businesses already pay “swipe fees” — up to two and a half per cent from every credit and debit card transaction.

Part of that fee goes to banks in return for accepting the risks involved — like fraud. Yet, she says, banks and credit card companies force small businesses to shoulder all the risk and losses.

“They made hundreds and thousands of dollars in fees. They charged us from up until now and there’s no help.”

Canadian businesses paid at least $5 billion in fees in 2019, according to the CFIB. Those fees are set by payment card networks like Visa and Mastercard, with the revenue split between the involved banks and payment processors.

Based on anecdotal information from business owners, Pohlmann says merchants usually lose disputes with the financial companies involved, and even when they initially win, that often gets overturned.

Pohlmann says merchants are often forced to pay in cases of fraud, even when they’ve followed all the rules set out by banks and credit card companies.

She says that’s because the government allows the companies to make their own rules when deciding credit card disputes.

“So your appeal process is with the credit card industry itself,” Pohlmann said.

The CFIB is pushing for new rules to force credit card providers to take the loss for fraud when merchants did everything they should have to verify a transaction.

Statistics on chargeback fraud are not available because banks and credit card companies won’t share them.

Since the fall of 2020, the federal government has been reviewing the voluntary Code of Conduct for the Credit and Debit Card Industry in Canada.

The review will look at “potential ways to enhance the benefits of the Code for small and medium-sized businesses,” Finance Canada spokesperson Marie-France Faucher wrote in an email to Go Public.

There is no timeline for when it will be complete.

But any changes will come too late for the Loiks to recover the last $6,272 of their money.

Brigitte says she’s relieved they got most of it back, but says the dispute system needs to change.

“I was shut down from day one with the [bank’s] responses on my dispute … something needs to be done to protect the merchants, to protect the businesses,” she told Go Public.

“How many other people have had this happen, and there’s no one to help?”

Go Public tried tracking down the fraudster, but our calls and email went unanswered.

We also went to the address he provided the Loiks, which turned out to be a park.