Who’s hungry in your riding? Feed Ontario’s new tool fighting food insecurity will give you an idea 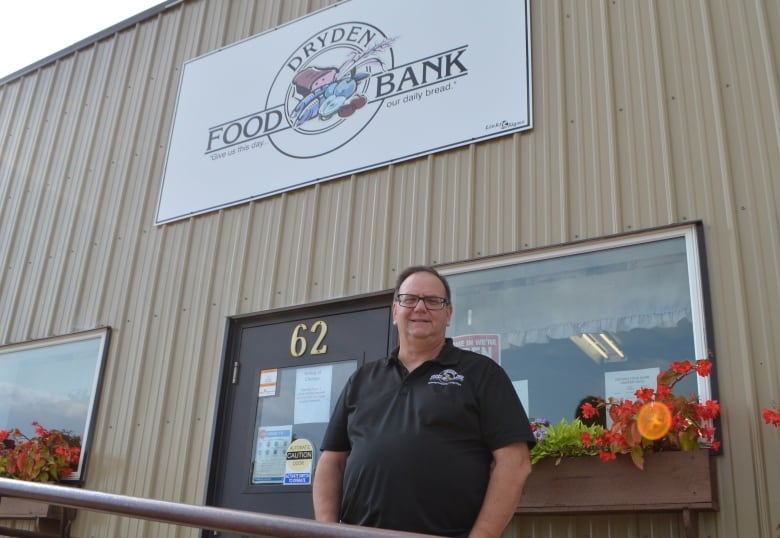 As many sit down to Thanksgiving meals on Monday or mull what to do with an abundance of leftovers, Feed Ontario wants Canadians to also think about what they can do to advocate for those who don’t have large feasts for the holiday.

Feed Ontario, an organization of food banks and industry partners, is working to end food insecurity — defined as a lack of access to adequate food because of limited money or other resources — and its new tool aims to raise awareness about what’s happening in communities across the province.

Interim executive director Siu Mee Cheng said it was disappointing when the provincial government didn’t mention food insecurity or the rising cost of living when it introduced its throne speech as MPPs returned to Queen’s Park on Oct. 4.

Food insecurity is often looked at as almost being separate and alone from other critical social issues. But food insecurity really is a symptom of broader systemic issues, and one of the key issues is around affordability, housing and employment.– Siu Mee Cheng, Feed Ontario’s interim executive director,

“Food insecurity is often looked at as almost being separate and alone from other critical social issues. But food insecurity really is a symptom of broader systemic issues, and one of the key issues is around affordability, housing and employment,” Cheng said in an interview.

“In fact, food insecurity really kind of is a symptom as a result of the intersection of those three key issues. Many times, many of our food bank users are unable to afford housing, and as a result, food becomes a discretionary expense.”

Rising housing costs have also impacted individuals, who’ve had to turn to food banks for help.

“Given that many of our users are minimum wage earners, for instance, there is again that challenge of being able to just afford rent, and once rent is taken up, there is very little discretionary expense to direct towards securing healthy food,” she said.

Feed Ontario recently launched its online, interactive tool called Hunger in my Riding. You can look up your municipality, provincial or federal riding, and get information like how many people access food banks, including how many are children, how many people receive social assistance, the local poverty rate and the cost of housing in the area.

Cheng said it’s hoped people will look at that information, start thinking about what supports or policies are needed to help people in their community, and reach out to their local politicians.

Kathryn Scharf, chief programs officer for Community Food Centres Canada, said now is the time to have those conversations because various federal COVID-19 benefits are coming to an end and that, combined with rising inflation and food costs with the ongoing pandemic, is being felt at food banks across the country.

“We are concerned about the changes in the labour market and how many people are living precariously now because of increasing part-time work and temporary work, and as well as people living on social assistance. And we know that certain populations suffer a lot more racialized communities, Indigenous communities, women.”

Food banks around the province have seen an uptick in users in recent months.

The food bank in Dryden, Ont., is one example. Its manager, Allen Huckabay, said they didn’t see a big uptick in users when the pandemic hit.

“If anything, we saw more of a decline, which made us scratch our heads a bit,” he told CBC News last month.

“Now [many of the families that stopped using the food bank are] back again, but we’ve also seen a large influx of new clients coming to access the food bank this year.”

Huckabay estimates they’re serving 100 more families per month as compared to the beginning of the pandemic.

The Barrie Food Bank reported earlier this year that the number of households in need this past February was up 60 per cent over 2020. The food bank provides food to more than 900 households in Barrie and surrounding communities.

“We do expect that the usage of the Barrie Food Bank will continue to remain high over the next year as there is an affordable housing crisis in Barrie and job loss due to the pandemic,” executive director Sharon Palmer says in a message on the food bank’s website.

The Clarington East Food Bank in Newcastle, Ont., reports on its website it helped 171 households in 2020, a 21 per cent increase from the year before. As well, a third of the people accessing food were under age 18.

Last week, the food bank said on its Facebook page it fed 106 individuals and even ran out of items, asking people for donations of items like oatmeal, potato, and rice side dishes and toilet paper.

Jane Roy, co-executive director of the London Food Bank in southwestern Ontario, told CBC London the tailing off of COVID-19 government supports like the Canada Recovery Benefit is bringing more people into the food bank for help for the first time, or for some, the first time in a while.

“Food prices are going up, rent is going up, everything is kind of going up,” she said. “It’s just really, really difficult out there,” Roy said.

A new study by researchers at McMaster University showed food bank users in Hamilton are struggling significantly more than most low-income residents.

“We’re talking about the poorest of the poor,” the study’s co-author, Martin Dooley, said.

Wendi Campbell, CEO of The Food Bank of Waterloo Region, said while the height of the pandemic is over, they’re just starting to see and understand the long-term effects it will have on their organization.

“Thousands of people are navigating unexpected challenges — such as sudden job loss, illness, changes to federal benefit and support programs and the rising cost of living — that are leading to them accessing emergency food assistance, many for the first time,” Campbell told CBC Kitchener-Waterloo.

“While for some it is a way to bridge the gap, the reality is, there is a consistent and ongoing need for emergency food assistance in our community.”

Campbell said the community has helped feed more than 33,000 people throughout the community, but she expects the need to remain high in the near future.