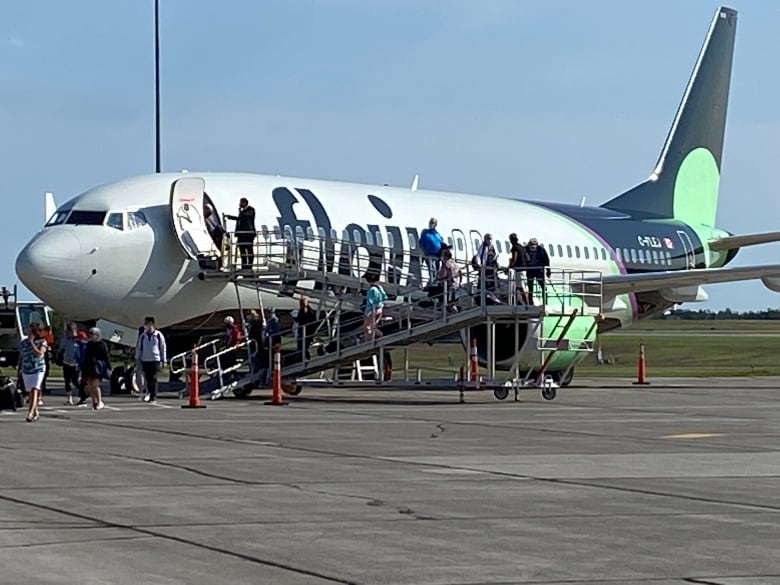 The CEO of a Canadian airline is on board with the timeline for the implementation of new mandatory COVID-19 vaccination policies in the transportation sector, adding it should help boost confidence in travellers.

“It’s just really going to build the confidence back into the industry, and clearly it’s sorely needed,” the head of the discount carrier told CBC chief political correspondent Rosemary Barton. Jones said that after a “booming summer” for his company, the return of higher COVID-19 cases and changing seasons meant bookings have “slackened off.”

Similarly, all travellers departing Canadian airports and on VIA Rail or Rocky Mountaineer passenger trains will need to be vaccinated by the end of this month.

How exactly the rules will be implemented is still a work in progress, Jones said, but it will likely involve uploading vaccine certificates during the booking process, before they are checked by an employee at some point before boarding.

“We’re prepared for it to be at the gate,” he said, likening it to existing checks for identification.

Jones also said passengers who show up for flights but do not meet the vaccination criteria would not be given refunds, similar to ID requirements.

“Passengers know the rules, and they’ll need to comply,” he said.

Jones also said he’s confident the system could be in place in time for the deadline at the end of the month. “We can move quickly.”

Security screenings at airports, a rough signal of the level of air travel, have increased throughout this year as restrictions ease and the rate of vaccination in Canada improves. But they still remain significantly lower than in the pre-pandemic world.

With just weeks to go before the policy takes effect, swift action will indeed be needed. Part of the key to streamlining the process is an ongoing effort to create a national, standardized vaccine certificate. The federal government is “diligently working with the provinces” on that issue, Transport Minister Omar Alghabra told Barton on Sunday.

He said it’s hoped that the policy would achieve three goals: ensuring a safe workplace, encouraging vaccination and restoring confidence in travel.

“I’m familiar with individuals who have been looking forward to travelling, but they were worried about getting on a plane because they’re not sure if they could contract COVID,” Alghabra said.

Earlier Sunday, Julie Green, health minister for the Northwest Territories, said the federal mandate might help to encourage people in the territory — which is facing a spike in cases — to get vaccinated.

Speaking Saturday on CBC’s The House, New Brunswick Premier Blaine Higgs expressed hope that a standardized, national vaccine certificate could be swiftly implemented. New Brunswick implemented a provincewide ban on gatherings with those outside of individual households.

Talks are ongoing with provinces around the certificates because they hold the vaccination data, and negotiations are needed to ensure a standardized approach, Alghabra said.

Canada is among several countries making vaccinations mandatory for at least some portion of the population. The United States announced last month that federal workers and employees of companies with more than 100 people would need to be vaccinated.

Asked whether Canada’s recent announcement should have been implemented more quickly, Stephen Jones of Flair said, “There are not many good examples of governments and countries that have got this all sorted already.”

He added, “I think Canada has done a great job on getting levels of vaccination up to world-leading areas. And so we now just need to follow through and and get the world moving again.”