White House is expected to unveil an unbalanced budget on Monday 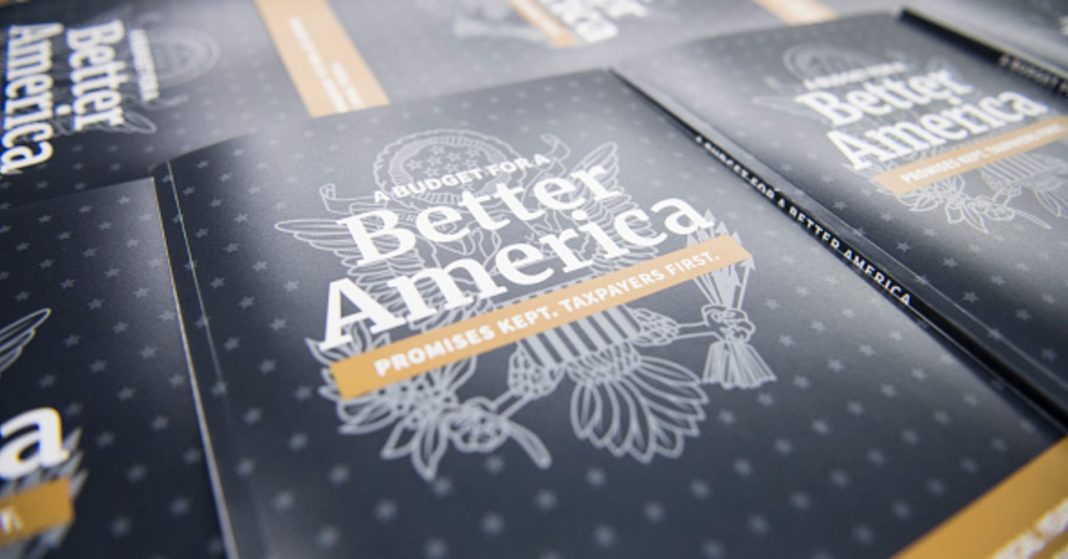 The White House is expected to unveil a budget on Monday that does not balance, despite optimistic growth projections and deep cuts to discretionary programs, according to two people familiar with the plans.

The Trump administration’s budget is supposed to act as a road map for Congress to begin crafting spending legislation for the next fiscal year. It also serves as a messaging document that lays out the president’s priorities and fiscal principles.

For Republicans, that has traditionally meant ensuring the federal budget eventually balances — that government spending does not exceed revenues by the end of the next decade. But the administration abandoned that philosophy in its budget last year and plans to do so again this year, sources said.

The revenue shortfall is particularly notable because the White House budget is also expected to project the economy will grow at an annual rate of 3 percent, higher than many private forecasts. Achieving 3 percent growth has become a mantra within the administration, however, with officials continuing to argue the expansion is being fueled by the Republican tax cuts.

The deficit would also persist despite the administration’s plans for steep cuts in discretionary programs outside of the Defense Department. In an op-ed last month, Acting Budget Director Russ Vought said the administration will seek a 5 percent cut to all other federal agencies.

Vought’s piece left unclear whether those cuts would be based off current spending levels or some other amount. A person familiar with the budget said the 5 percent cut will be calculated from the caps on spending outlined in the Budget Control Act.

Under that law, discretionary programs are already facing a 9 percent reduction — commonly known as the sequester — unless Congress votes to raise the spending caps. The White House budget is expected to set funding levels at 5 percent below that amount.

Vought said the administration will preserve defense funding by funneling money into an account for overseas contingency operations, which is not covered by the spending caps. The new money is expected to total $174 billion — more than double the current tally, according to one source.

Conservatives have previously derided the account as a “slush fund,” including Mick Mulvaney, former White House budget director and now acting chief of staff. In his op-ed, Vought suggested the administration had run out of options.

“As long as Congressional Democrats insist on demanding more social spending in exchange for continuing to fund defense spending, expanding the use of OCO funds remains the administration’s only fiscally responsible option in meeting national security needs while avoiding yet another increase to the spending caps,” he wrote.

The White House did not respond to requests for additional comment.