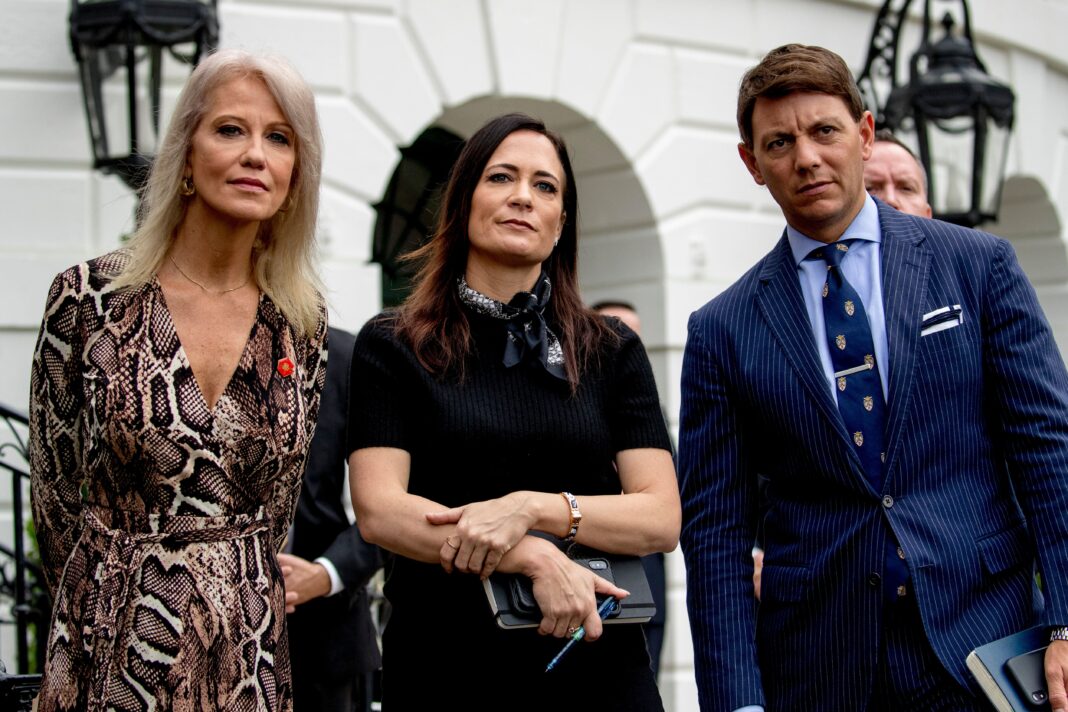 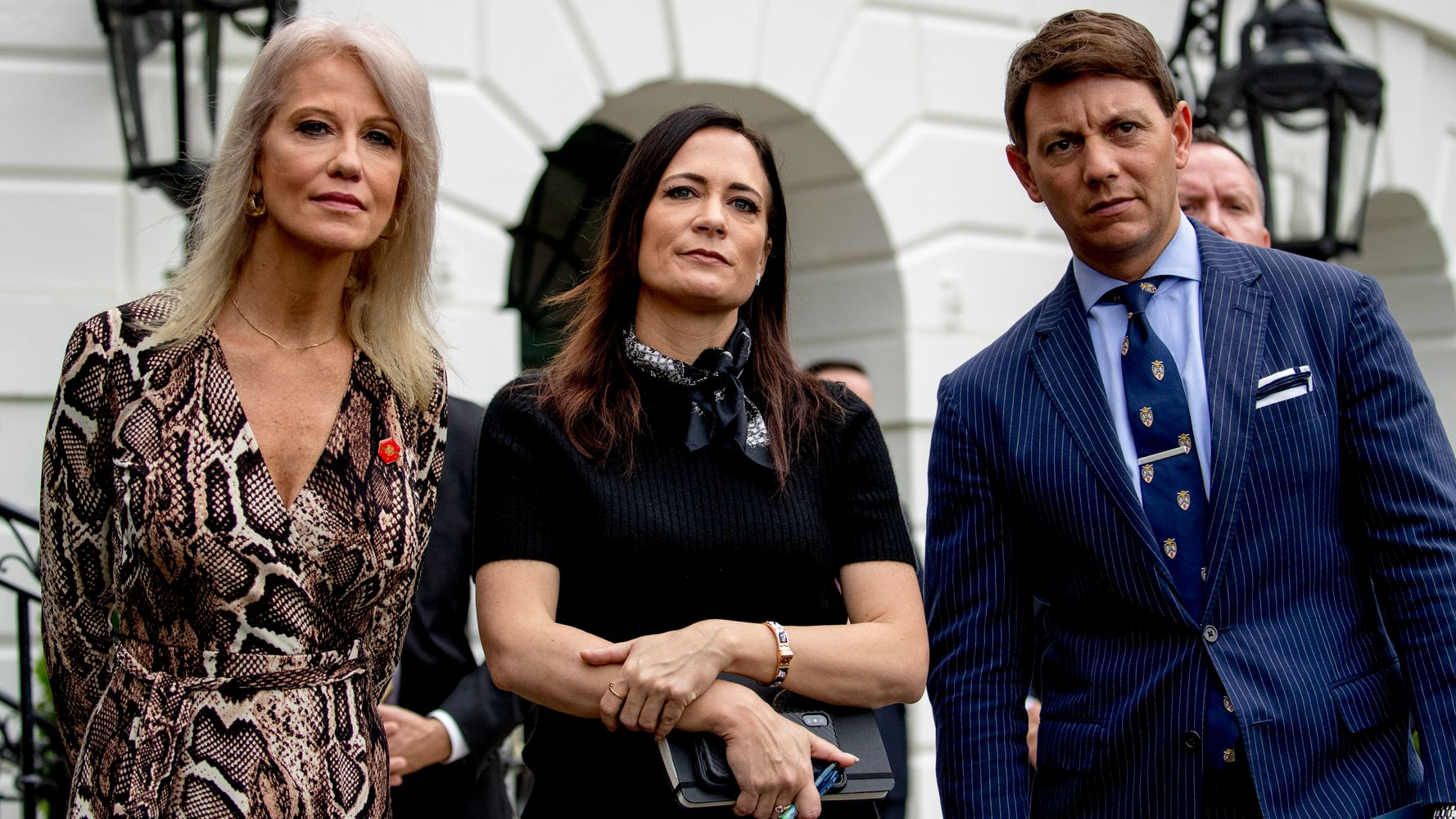 WASHINGTON (AP) — They’ve skipped the high-profile Sunday TV shows and avoided driveway chat sessions with reporters. Few who are typically eager to defend the president have appeared at all on television this month.

White House officials close to President Donald Trump are pulling off a disappearing act, remaining largely absent from public view — in the middle of the storm over impeachment.

“We invited the White House on to answer questions on the show this morning,” CNN’s Jake Tapper explained to his viewers on Sunday’s “State of the Union.” ″They did not offer a guest.”

It’s a well-worn strategy in the Trump White House: Senior officials conveniently manage to be elsewhere when major controversies engulf the building. The frequent absences of Jared Kushner, the Republican president’s son-in-law and senior adviser, and presidential daughter Ivanka Trump during moments of consequence have long been a running joke among their detractors. Their detours included a trip to Florida during the partial government shutdown.

Plenty of others have jumped town during tense moments.

As Trump struggled with mounting Republican defections over his decision to declare a national emergency to pay for the stalled border wall, acting White House chief of staff Mick Mulvaney wasn’t at the Capitol cajoling his former colleagues or in the West Wing making calls. Instead, he was in Las Vegas for annual friends and family getaway.

Indeed, knowing “when to be out of town” was one of the top nuggets of advice that Kevin Hassett, the president’s former top economic adviser, said he’d received from a predecessor and had to offer his successor.

The White House did not respond to questions about the tactic Wednesday. But even when they’re in Washington, many of the White House’s most visible officials have been staying out of public view, letting the president’s indignant Twitter feed and his frequent commentary drive the public conversation.

That includes White House spokesman Hogan Gidley, a frequent guest on Fox News shows and the gaggles with reporters that often follow on the White House driveway. White House counselor Kellyanne Conway, an aggressive defender of the president, has not made an appearance on the driveway since a highly contentious Sept. 27 gaggle in which she berated reporters and dismissed a question about whether the White House was organizing an impeachment war room.

“I’m the only person out here taking your questions,” Conway noted then. She did, however, appear at an event with first lady Melania Trump, speaking with teens and young adults about their experiences with electronic cigarettes and vaping.

Appearances have come instead from lower-profile staffers, including the vice president’s chief of staff, Marc Short; the acting director of Office of Management and Budget, Russell Vought; and economic adviser Larry Kudlow, who tried to stay out of the controversy. He’s said repeatedly that questions about Ukraine and the president’s efforts to dig up damaging information about former Vice President Joe Biden are way out of his lane.

Adding to the vacuum is the continued lack of White House briefings. White House press secretary Stephanie Grisham has yet to hold one.

“It’s surprising that they’re not using the many levers on the most powerful communications platform in the world, which is the White House,” said Joe Lockhart, who served as press secretary during the impeachment of President Bill Clinton .He  said that the White House is losing out on effective platforms to try to drive its message.

“Nobody is vouching for him or validating him and filling in the blanks,” Lockhart said of Trump.

Many aides to the president have grown reluctant to speak out on Trump’s behalf for fear the president will then contradict them. Instead, they allow the president to set the day’s message on his Twitter feed and vigorously defend himself.

But one of the reasons Clinton’s impeachment strategy was effective, Lockhart said, was that the president almost never talked about the impeachment drama. He relied on his lawyers, his communications staff and outside allies to make the case for him.

But unlike Clinton, Trump has another tool at his disposal: a massive and well-funded campaign operation that has vigorously defended the president on Twitter and cut a series of ads that paint the impeachment inquiry as nothing more than a Democratic “coup” aimed at overturning the results of the 2016 election.

Another ad released Wednesday focuses on allegations against Biden and his son Hunter, which the president and his allies have been pursuing despite lacking evidence of any wrongdoing.

Tim Murtaugh, the Trump campaign’s communications director, said the campaign team speaks with its counterparts at the White House every day and work in tandem.

“At all times we take our lead from the White House,” he said. “The president is our boss, and we are an extension of him. We make all of our decisions accordingly.”