While the U.S. and EU talk COVID passports, Canada says it still has concerns about virus spread 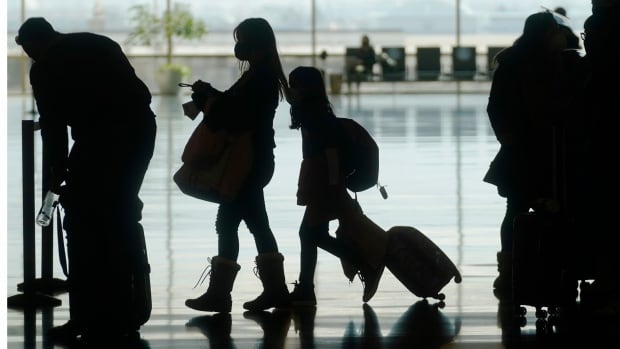 As the European Union and the United States begin discussing a return to non-essential international travel, the federal government is expressing caution and insisting its decisions will be based on science and keeping Canadians safe.

“Restrictions after vaccination, including the use of vaccine certifications, are being considered around the world as we look toward reopening our economies and our borders,” said a spokesperson from Health Minister Patty Hajdu’s office.

“Our focus is making sure Canadians are safe and healthy, and our response will continue to be based on science and evidence.”

On Monday EU officials confirmed that the 27-country bloc is talking to the U.S. about a European plan to develop a type of international COVID-19 passport called a Digital Green Certificate. Officials said the EU was not talking to any other countries besides the U.S. about it at the moment.

The plan to roll out the certificates was first announced last month and EU member countries are currently working out the details.

According to the proposal, the Digital Green Certificate would say if the bearer has been vaccinated, with which vaccine, whether they have tested negative and whether they have had COVID-19 and since recovered.

Each EU country would be responsible for issuing the certificate, which could happen through hospitals, test centres or national health authorities.

The proposal says that, should the certificates become a reality, member states would have to accept travellers with valid certificates provided they were vaccinated with a shot approved for use in the EU.

The EU has approved the Janssen, Pfizer-BioNTech, Moderna and AstraZeneca-Oxford vaccines. People vaccinated with a non-approved vaccine could still be let in, at the discretion of the individual member state.

Should the certificate program be rolled out, an EU spokesperson said the “resumption of travel will however depend on the epidemiological situation both in the EU and outside the EU.”

A spokesperson from the Public Health Agency of Canada (PHAC) said there are still a lot of unanswered questions about the spread of COVID-19 and that the agency will not act until they are answered.

“Scientific evidence is clear that the COVID-19 vaccines approved for use in Canada are highly effective at preventing illness. However, it is unknown whether vaccinated individuals can still be asymptomatic and spread the virus, thus can still pose a public health risk,” the spokesperson said.

PHAC also noted that provincial governments retain immunization records and that, should Canada eventually take part in such a plan, it would require input and co-operation from the provinces and territories.

An EU spokesperson told CBC News in an email that the EU was also considering accepting COVID-19 certifications from countries outside the EU providing those certificates are “in compliance with international standards and systems which are interoperable with the EU system.”

Countries that met that mark would get an “adequacy decision,” meaning its COVID-19 passports would be accepted by the EU under the same conditions as Digital Green Certificates.

Last month Prime Minister Justin Trudeau suggested a vaccine passport program could be implemented for international travel: “It’s something that countries are actively exploring and we’re among those countries,” Trudeau said.

Meng Wanzhou to return to court in B.C. for final weeks of extradition proceeding

Bullied as a child, Indigenous coach Terry Crook now inspires young athletes on and off the track