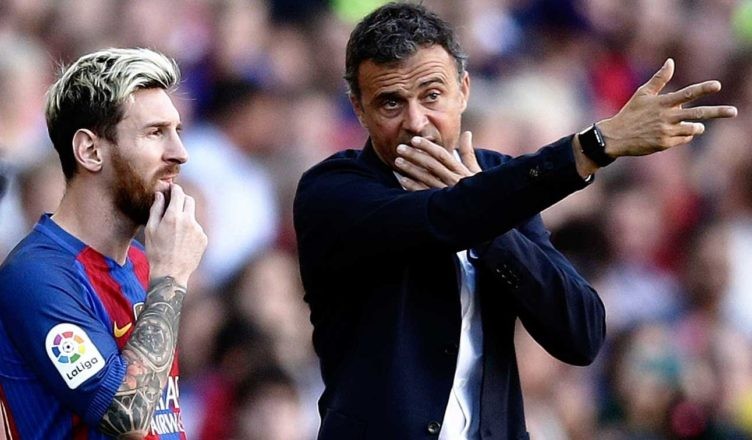 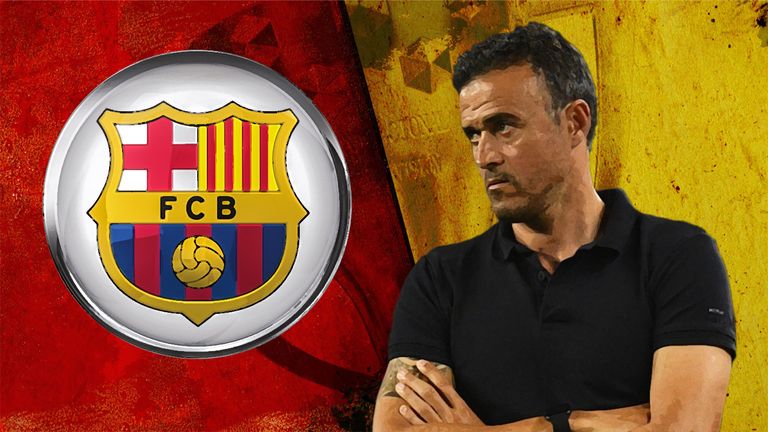 Luis Enrique cannot avoid comparisons with Pep Guardiola but his Barcelona legacy is still a proud one, writes Nick Wright.

Luis Enrique leaves Barcelona on a high. La Liga and Champions League glory may have eluded him in a sometimes fraught final season in charge, but with goals from Lionel Messi, Neymar and Paco Alcacer in Saturday’s Copa del Rey triumph over Alaves, he lifted his ninth trophy in three years.

It is a record which places him among the most successful managers in Barcelona’s history, but how exactly will he be remembered? Luis Enrique has celebrated silverware on a yearly basis since his appointment in 2014, but expectations are as high as they come in Catalonia, and Pep Guardiola’s shadow looms large over his achievements.

There is certainly no disputing his old team-mate’s role in shaping the team he inherited. “The thing about Pep is that he changed the history of the game,” said Sky Sports’ Spanish football expert Guillem Balague recently. “He changed a very bad dynamic at the club after two years without winning anything. He created the foundations that allowed Luis Enrique to be successful.”

Those foundations included a spine of Gerard Pique, Sergio Busquets, Andres Iniesta and Messi – all of whom started against Alaves – but the scale of the job facing Luis Enrique when he took over should not be forgotten. Barcelona had won nothing under Tata Martino. Neymar was struggling to live up to expectations. Carles Puyol had retired and Xavi Hernandez would be next.

Barcelona needed to freshen up their approach and Luis Enrique managed it smoothly. With Xavi’s powers on the wane and Luis Suarez arriving from Liverpool, Luis Enrique gradually shifted the emphasis from the midfield to the front three. Year after year, the football became more direct, sometimes bypassing the midfield altogether.

“He used Guardiola’s foundations to take things somewhere else,” added Balague. “That transformation has been criticised by some, including me, because I think it takes the team away from its essence. What we learned from Pep Guardiola and before him Frank Rijkaard and Johan Cruyff was that football is a midfielder’s game. That is the essence of Barcelona.” But the shift in style brought huge success. Messi, Suarez and Neymar scored 122 goals between them as Barcelona won the treble in Luis Enrique’s first season. They racked up 134 as Barca celebrated a double in his second. Guardiola may have created the best team there ever was, but there’s never been a better strike-force than Luis Enrique’s MSN.

His critics would argue that Messi, Suarez and Neymar would make any manager’s job easy, but it was still down to Luis Enrique to create the environment for them to thrive. Barcelona’s change of approach was not for the purists, but, for the most part, MSN kept delivering trophies.

The only problem was just how heavily Barcelona came to depend on them. So when Neymar’s goal tally dropped from 31 to 19 this season, it showed. And while Real Madrid could call on Alvaro Morata, Isco and James Rodriguez to pull them through the difficult moments, Barcelona lost momentum whenever their big stars failed to deliver. Messi and Neymar were both on target on Saturday night, but MSN’s combined total fell to 111 this season. 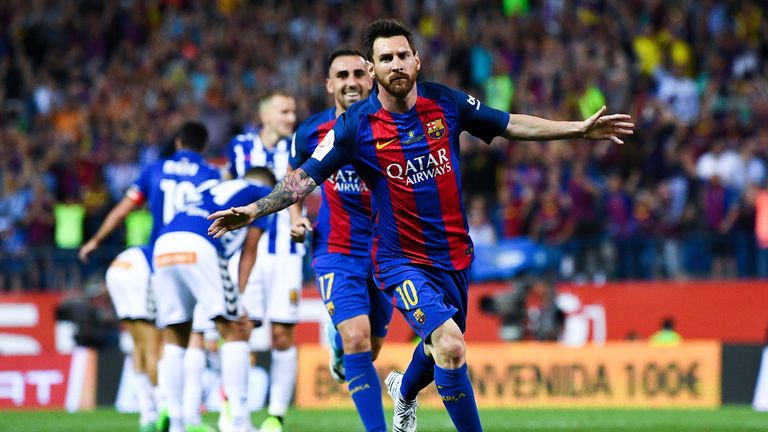 The struggles of expensive additions like Andre Gomes and Paco Alcacer did not reflect well on Luis Enrique, nor did Barcelona’s defeats to Paris St Germain, Deportivo, Malaga and Juventus in the second half of the campaign. After that 4-0 thrashing at the Parc des Princes in February, Busquets and Iniesta even questioned his tactics.

Luis Enrique was not only judged by what happened on the pitch, either. Supporters expressed their gratitude to him with a huge banner reading “forever one of us” against Eibar last weekend, but he has never attracted the same kind of adulation as Guardiola. He often comes across as distant and aloof, seemingly regarding media duties as little more than an irritating inconvenience.

That frostiness has shaped perceptions of Luis Enrique, but in the end it all comes back to the numbers. His total of nine trophies in three years may not quite tally up to Guardiola’s 14 in four, but the only other Barcelona manager to have won more is Johan Cruyff. 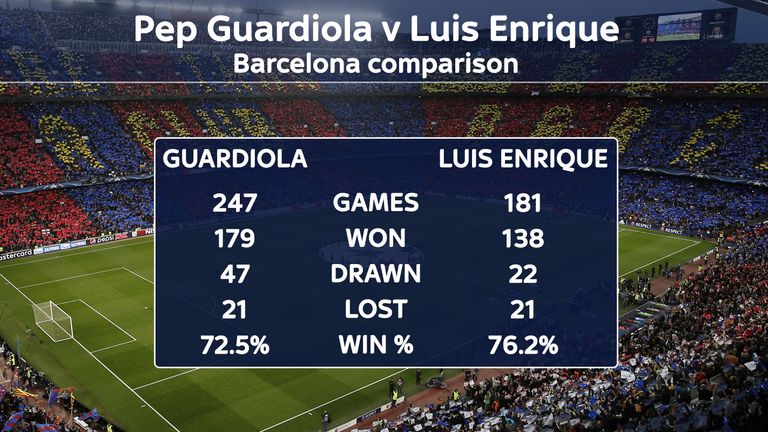 Luis Enrique will never be lauded in the same way as that iconic duo, but having overseen 138 wins in 181 games, his overall win rate of 76.2 per cent is in fact better than Guardiola’s. Even this season, Barcelona only finished three points behind Real Madrid in La Liga. Their Champions League campaign featured one of the greatest comebacks in sporting history.

Saturday’s win over Alaves ensured there was one final moment to savour. Luis Enrique has split opinion during his time in charge at the Nou Camp, but he leaves with a proud legacy. The next man in charge will have his work cut out to match him.