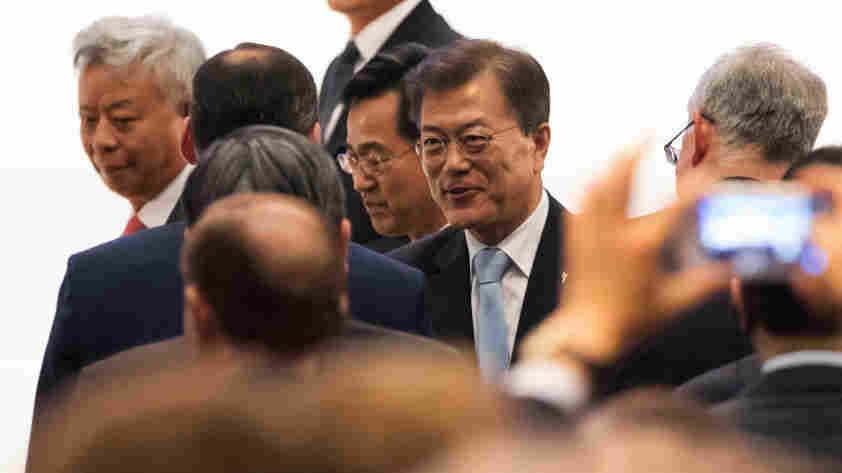 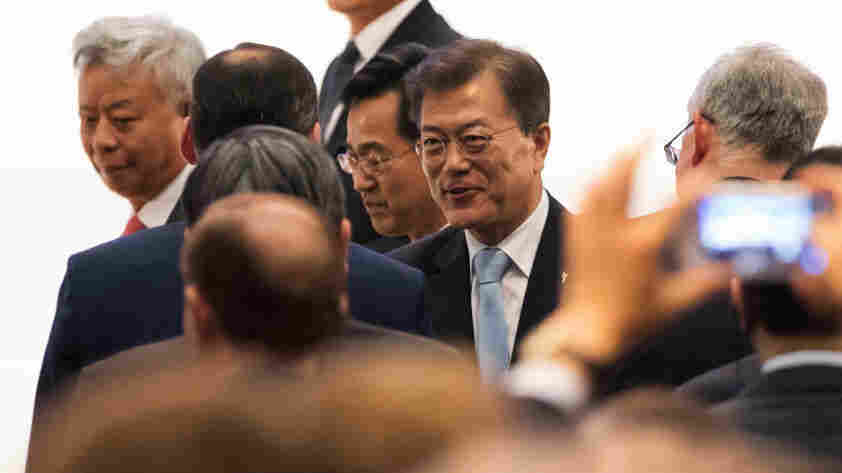 The newly elected South Korean president, Moon Jae-in, will arrive at the White House Thursday for his first meeting with President Trump, which will center on a pressing problem that vexes both countries: North Korea.

The Trump administration calls North Korea’s growing weapons capabilities its top foreign policy priority — and will try to make more headway on the issue with its partner, South Korea, which relies on some 28,000 U.S. troops for defense.

But the two leaders’ approaches to North Korea differ. Moon, a veteran of the liberal former South Korean President Roh Moo-hyun’s administration, favors rapprochement and engagement with Pyongyang, while Trump’s Pentagon and State Department leaders have rejected talks with North Korea — at least for now.

Moon’s team says the trip is about establishing a relationship between the two men. Moon was elected just last month in a snap election following the historic impeachment and removal of conservative President Park Geun-hye.

“Instead of clinging to drawing results on specific issues, we will focus on building a foundation of friendship and trust,” says Moon spokesman Park Soo-hyun.

The two leaders must establish their relationship even as both their policy teams are incomplete or just ramping up. There’s still no U.S. ambassador to Seoul and some key posts remain empty to advise on East Asia policy at the Pentagon and State Department.

While Trump likes to call himself a “deal-maker” and Moon has been dubbed “the negotiator,” the two differ sharply not only in perspective but also in style. Moon is a veteran of the military and government, and a wonky policy expert. Trump came into the White House with no similar background or experience.

Moon supports both sanctions and dialogue leading to a suspension or freeze of North Korea’s nuclear development.

“For too long, have we been closed off from each other,” Moon said last week of the North. “It’s not just the road that’s been closed off between the North and South, but maybe our hearts as well. [Our] government will find ways to restore inter-Korean relations and to reopen dialogue.”

Despite saying last month that he’d be “honored” to meet with North Korean leader Kim Jong Un “under the right circumstances,” Trump did not lay out preconditions for such a meeting. Meanwhile, Secretary of State Rex Tillerson has rejected talks toward a freeze, and says the administration wants to see North Korean de-nuclearization.

But there’s no sign North Korea has any intention of suspending its nuclear weapons development. Nor has there been any headway between the two Koreas toward negotiations, because North Korea has continued to launch missiles and test rocket engines all year.

The options for the Trump administration on North Korea are as bad as they were for previous administrations. The U.S. doesn’t want to “reward” Pyongyang by negotiating without preconditions. Boosting sanctions hasn’t been effective so far because the sanctions are not applied or enforced by all the countries that have agreed to them. And the more North Korea is isolated, the more it has innovated to get around sanctions.

The option of a pre-emptive military strike to destroy the North’s weapons stores — something U.S. officials have said is a possibility — would be especially dangerous. Pyongyang has made clear that any impending attack would lead North Korea to counter-strike. Even without nuclear weapons, the majority of North Korea’s artillery is already trained on Seoul, with a metro population of 20 million.

Jihye Lee and Dasl Yoon contributed to this story.