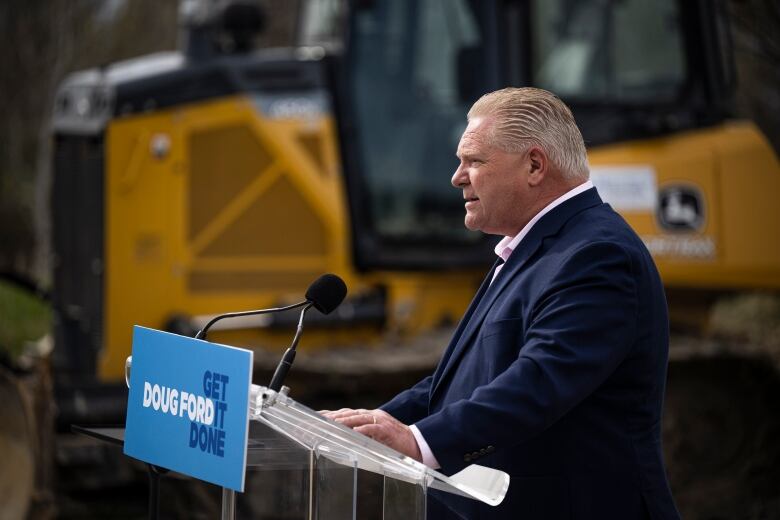 The crushing cost of buying a home in Ontario. That’s the top issue for voters ahead of the June 2 election, based on input from the CBC News audience and backed up by thousands more who filled out Vote Compass.

The result is not especially surprising, given that the province’s own housing affordability task force called the situation a crisis.

And the data is galling. The cost of purchasing a home in Ontario has nearly tripled since 2011, according to the task force. In 2021, the average sale price was 44 per cent higher than just two years earlier, figures from the Canadian Real Estate Association show.

The stark reality has many Ontarians abandoning hope of ever owning their own place. Here’s a sampling of comments CBC News received to its Vote Compass election issues callout:

“I am 28, make above the median income in Toronto and live in a run-down house with three roommates. While living in an arrested development is fun, it would be nice if housing didn’t cost a million dollars and I could get my own place.”

“I’m 29 and can’t move out of my parents’ place unless I’m willing to spend 65% of income on rent. I have two degrees and a good job yet cannot have decent housing! It’s out of control.”

“I’m 30 years old and can barely afford to live in Ontario, even small towns are starting to match Toronto prices.”

“I am a single, 31-year-old female and still living with my parents because I cannot afford to purchase a house on a single income. I have saved my entire life for a house, so it is frustrating to be priced out.… Since buying a house is not a realistic goal anymore, my only other option is to rent a property. However, because of the higher cost of houses, rent has increased to the point you’re almost paying a mortgage.”

Roughly one in five of the nearly 24,000 Ontarians who responded to Vote Compass, an online civic engagement tool, said housing affordability was their top concern. For those aged 18 to 29, that figure climbs to almost one in three.

The problem is dire and complex. “Immediate and sweeping reforms” are needed, the province’s task force said in its February report.

Ontario needs to ‘go much further’ on housing reforms

While each of the main political parties has made promises on the issue, the big-picture proposals have rarely received much attention on the campaign trail, says Eric Lombardi, founder of the housing advocacy group More Neighbours Toronto.

The organization published a review of the housing commitments from the Progressive Conservatives, New Democrats, Liberals and Greens, concluding that the “platforms remain insufficiently ambitious to end the housing crisis in the long term.

“If elected, they’ll have to go much further than they’ve proposed.”

The province’s housing task force made 55 recommendations, many of them “bolder” than advocates expected, Lombardi said. Among them was a call to build 1.5 million new homes in the next 10 years, effectively doubling the current rate of construction.

All four parties have committed to that target, though their plans to reach it diverge considerably.

The NDP, Liberals and Greens have promised to end exclusionary zoning, albeit with somewhat vague language. Exclusionary zoning is widely considered the single greatest barrier to building the so-called “missing middle,” things like multi-family triplexes and fourplexes, and low-rise walk-ups.

But only the Greens have said they would empower the province to outright overrule municipalities in what kinds of homes get built. The outsized role of municipalities in slowing or opposing multi-unit housing options was a central theme of the task force’s report.

PC candidate Steve Clark, who served as minister of municipal affairs and housing, conceded that the government opted to ignore some of the recommendations after fierce pushback from local mayors.

But an end to exclusionary zoning for single-family homes is a critical part of dramatically boosting the province’s supply of affordable homes, Lombardi said.

“Some of these mayors are just so phenomenally out of touch and deliberately hostile to what needs to happen,” he said.

In March, the PC government passed Bill 109, which sets out penalties for municipalities that fail to approve housing projects on a legislated timeline. But advocates like Lombardi say it doesn’t go far enough.

“I think the province needs to be more aggressive than it has been,” he said.

Both the New Democrats and Liberals have proposed the creation of a public building corporation, which would be able to unlock provincially owned land for development.

The province has access to 50-year debt amortization periods, which in theory could ease the costs of building more mixed-use housing, and particularly affordable and supportive housing.

That Ontario’s housing crisis features in the platforms of all four main parties is a step in the right direction, Lombardi said, but caution is warranted.

“I’ll praise the parties on the rhetorical direction that they’ve gone and their willingness to really bring some of these concepts forward. That’s not insubstantial. But, the urgency is still lacking,” he said.

“There’s two ways to look at this. One is, are they proposing enough? The answer is no. Are they heading in the right direction, though? And the answer is yes.”

Developed by a team of social and statistical scientists from Vox Pop Labs, Vote Compass is a civic engagement application offered in Canada exclusively by CBC News. The findings above are based on 23,939 respondents who participated in Vote Compass from May 4-27, 2022.

Unlike traditional public opinion polls, respondents to Vote Compass are not randomly selected and may not accurately reflect opinions of the general population. However, Vote Compass data has been weighted by gender, age, education, region and partisanship so that the sample’s composition is more closely aligned with the composition of the general Ontario population.