What Rudy Giuliani has said on Donald Trump and Stormy Daniels 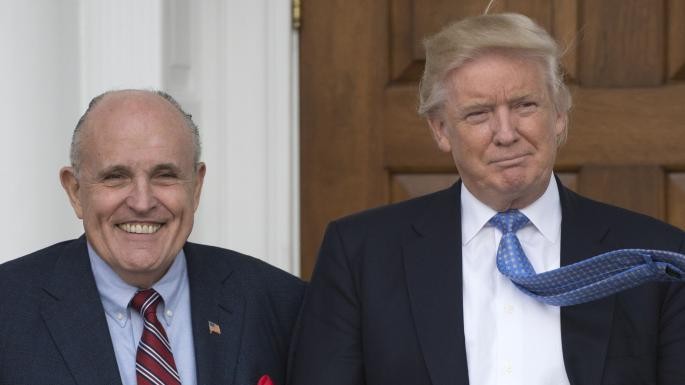 Washington (CNN)Rudy Giuliani joined President Donald Trump’s legal team last month, and in a whirlwind few days, he has made a series of eye-opening statements about a hush money payment to Stormy Daniels.

After an interview with Fox News’ Sean Hannity on Wednesday night, Giuliani’s comments have prompted legal questions from Trump critics and remarks from the President himself, who said Friday that his new attorney was “still getting his facts straight.”
Here’s some of what Giuliani has had to say:

‘Giving you a fact now that you don’t know’

Giuliani stunned many with the admission that Trump reimbursed his attorney Michael Cohen for a $130,000 payment to Daniels, whose legal name is Stephanie Clifford, for silence about an affair that Trump has denied.
Giuliani asserted to Hannity that Trump repaid Cohen, dismissing concerns that the payment to Daniels violated campaign finance law.
“That money was not campaign money, sorry,” Giuliani said. “I’m giving you a fact now that you don’t know. It’s not campaign money. No campaign finance violation.”

In the interview with Hannity, Giuliani also bristled at the idea the special counsel would target Trump’s eldest daughter Ivanka Trump and said that as a man, Jared Kushner, is “disposable.”
“I guess Jared is a fine man, you know that,” Giuliani said, referring to the President’s son-in-law. “But men are, you know, disposable. But a fine woman like Ivanka? Come on.”
Giuliani also got into the firing of FBI Director James Comey and offered another reason for the dismissal: Comey had failed say Trump was not a target of the Russia investigation.
“He fired Comey because Comey would not, among other things, say that he wasn’t a target of the investigation,” Giuliani said. “He’s entitled to that. Hillary Clinton got that.”
Comey, who like Giuliani was once the US attorney for the Southern District of New York, responded to Giuliani on Twitter, taking exception to Giuliani’s use of the word “stormtroopers” to refer to the federal agents who raided Cohen’s home and office under warrants executed by the Southern District.

Following up in print

After his appearance with Hannity, Giuliani spoke with The Washington Post and The Wall Street Journal, where he elaborated on his comments and the Daniels payment.
Giuliani told the Journal that Trump was “very pleased” after the Fox News interview and that Trump had authorized him to announce the reimbursement, although the authorization “wasn’t specifically” for his appearance on Fox News that night.
Giuliani spoke more about his understanding of the situation to the Post, saying Trump was not told about the payment “since it was somewhere between 10 and five days before the election.”
“And he wasn’t told,” Giuliani continued. “But even if he was told, he wouldn’t have remembered it, like I wouldn’t have remembered it.”

To ‘Fox and Friends’

The morning after Giuliani’s interviews, Trump posted a statement on Twitter about the reimbursement, saying, “Mr. Cohen, an attorney, received a monthly retainer, not from the campaign and having nothing to do with the campaign, from which he entered into, through reimbursement, a private contract between two parties, known as a non-disclosure agreement, or NDA.”
He added that the “agreements are very common among celebrities and people of wealth.”
That same morning, Giuliani returned to Fox News and said he thinks Cohen facilitated the payment to help the Trump family and also questioned openly what would have happened if the Stormy Daniels story had gone public at the height of the campaign.
“I think he was trying to help the family,” Giuliani said of Cohen.
Later in the interview on “Fox and Friends,” Giuliani said, “Imagine if that came out on October 15th, 2016, in the middle of, you know, the last debate with Hillary Clinton.” 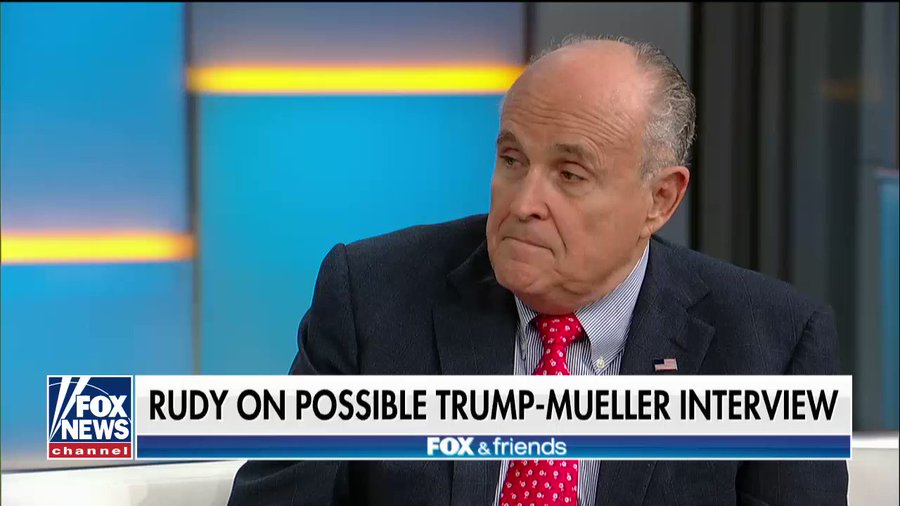 #RudyGiuliani: “The President had been hurt personally – not politically, personally, so much, and @FLOTUS, by some of the false allegations, that one more false allegation, 6 years old, I think, he was trying to help the family.”

During the same “Fox & Friends” interview, Giuliani told the conservative morning show he expected North Korea to release three American detainees in advance of potential talks between Trump and North Korean leader Kim Jong Un.
“We got Kim Jong Un impressed enough to be releasing three prisoners today,” Giuliani said.
Thursday passed without any announcement about the prisoners’ release, and on Saturday, Giuliani said there is a “good chance” North Korea would release the US hostages in the “next several days.”

Trump: ‘He’ll get his facts straight’

As Giuliani’s statements, and their repercussions, continued to generate attention into Friday, Trump said Giuliani was still “learning the subject matter.”
“He’ll get his facts straight,” Trump said.
Giuliani released a statement later that day to “clarify the views” he had expressed.
In his statement, Giuliani said, “There is no campaign violation.”
“It would have been done in any event, whether he was a candidate or not,” Giuliani said.
Giuliani also said his “references to timing were not describing my understanding of the President’s knowledge, but instead, my understanding of these matters,” and he added that Trump was within the bounds of his constitutional authority in firing Comey as FBI director.

‘Not an expert on the facts yet’

Giuliani continued to assert that Trump did not violate campaign finance law in an interview with pro-Trump Fox News host Jeanine Pirro on Saturday night.
“Every campaign finance expert, Republican and Democrat, will tell you that if it was for another purpose other than just campaigns, and even if it was for campaign purposes, if it was to save his family, to save embarrassment, it’s not a campaign donation. And, second, even if it was a campaign donation, the President reimbursed it fully with a payment of $35,000 a month that paid for that and other expenses. No need to go beyond that. Case over.”
But Giuliani also emphasized that he is still getting up to speed in his new legal role.
“I’ve been in case for two weeks, virtually one day in comparison to other people,” he said. “So I’m not an expert on the facts yet. I’m getting there, but I am an expert on the law, and particularly campaign finance law. I’ve lived under it running for president. And the fact is there’s no way this was a campaign finance violation of any kind, nor was it a loan. It was an expenditure. This expenditure would have been made whether he was running for President or he wasn’t running for President.”

‘No knowledge’ of other potential payments

And on Sunday morning, Giuliani sat down for an interview on ABC News, in which he did not rule out that the President could plead the Fifth Amendment in response to Mueller’s Russia probe.
“How can I ever be confident of that?” Giuliani told anchor George Stephanopoulos. He added, “When I’m facing a situation with the President … in which every lawyer in America thinks he would be a fool to testify, I have a client who wants to testify.”
Giuliani also said in the interview that the President does not have to comply with a subpoena from the special counsel: “Well, we don’t have to. He’s the President of the United States,” he said. “We can assert the same privileges as other presidents have.”
And, after referring to to Cohen’s $130,000 payment to Daniels as “a nuisance payment,” he conceded the possibility that Cohen might have paid more women to keep them quiet, saying: “I have no knowledge of that, but I would think if it was necessary, yes.”

Daniels payment ‘doesn’t require an analysis of the facts’

Giuliani said in a phone interview on Sunday afternoon with CNN’s Dana Bash that he had come from a “mostly social” visit with Trump, and that he is still getting up to speed on the facts of Trump’s legal situation.
“I am focused on the law more than the facts right now,” Giuliani said.
He said, however, that questions on whether the $130,000 payment to Daniels was a campaign finance violation did not require him to know all the details of the situation.
“A couple of things were fairly easy to dispose of,” Giuliani said. “The whole situation of the $130,000 doesn’t require an analysis of the facts because it wasn’t intended as a campaign contribution. It was intended as a personal, embarrassing, harassing claim.”
And asked why he made his comments about the Daniels payment when he was brought onto Trump’s legal team to respond to the Russia investigation, Giuliani said, “I thought that too.”
Share
Facebook
Twitter
WhatsApp
Pinterest
Linkedin
ReddIt
Email
Print
Tumblr
Telegram
Mix
VK
Digg
LINE
Viber
Naver
Previous articleIran nuclear deal: Boris Johnson visits US for talks
Next articleIn Spain 581 Nigerians, Egyptians, others rescued in Mediterranean Sea