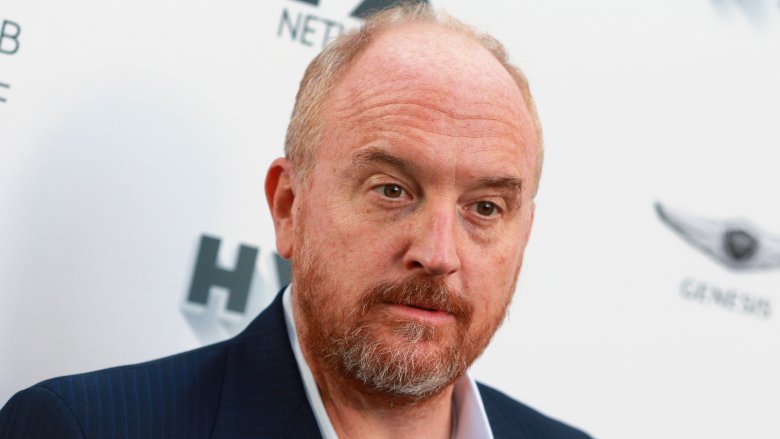 Louis C.K. admitted to his behavior, but as far as addressing it on stage, well, he may have a long way to go. In his comeback sets, he has merely alluded to his own misconduct while discussing the aftermath. According to The Hollywood Reporter, C.K. said in his November 2018 performance in Paris that he had “a lot of trouble in the PR department” and “lost $35 million in an hour.”

Meanwhile, his actual victims still face hardships since coming forward about his sexual misconduct. In May 2018, Rebecca Corry, one of the women who spoke to The New York Times about C.K.’s masturbation habit, wrote an essay for Vulture detailing the fallout from the story. Corry included harrowing screenshots of insults and death threats she’d received since coming forward, fuming, “Now I’m being asked if I think C.K. will make a ‘comeback.’ The idea that C.K. reentering the public eye would ever be considered a ‘comeback’ story is disturbing. The guy exploited his position of power to abuse women. A ‘comeback’ implies he’s the underdog and victim, and he is neither,” she wrote. “…The only issue that matters is whether he will choose to stop abusing women.”