UK News: What is the energy price cap and how will switching to renewable energy help. 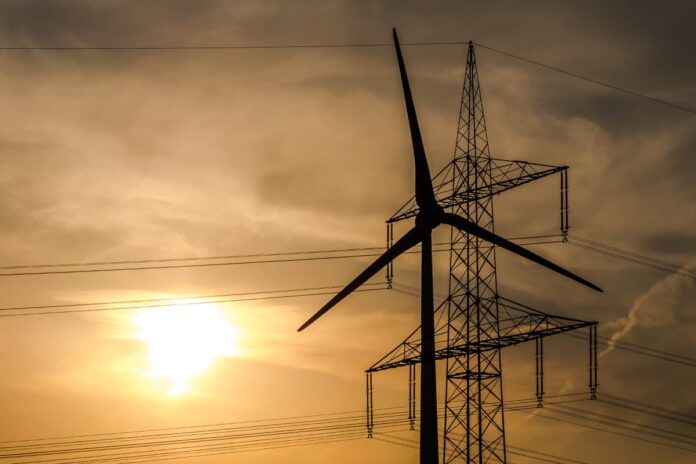 The current cap on energy prices, which can set the amount that energy suppliers charge on a default tariff will raise energy bills for 22 million homes to nearly £2000 a year from April onwards.

This cap was first introduced by the industry regulator, Ofgem in 2019 after the government called for a way to put an end to rip-off energy tariffs. The cap itself is calculated every six months.

However, the catch is that this cap does not always make energy prices affordable.

Energy suppliers typically buy gas and electricity from the market in advance, Ofgem determines the cost of these purchases from the market by tracking the wholesale price over six months ahead of the next price cap period.

Energy experts have warned that these market prices could lead to energy bills of a staggering £2,300 by next year.

The maintenance of gas pipes and electrical wires that carry energy to offices, homes, and factories is paid to regional-level energy network companies through levies on energy bills. These are typically made up of around 20 percent of the average energy price cap.

Ofgem determines how much these network companies are allowed to spend over set periods in addition to how much money can be taken from energy bills to find them. In the latest price cap, customers will pay a larger amount for network costs to cover the cost of the suppliers that have since gone bust.

The energy companies that take on customers from bust suppliers are entitled to claim ‘any additional, other wide unrecoverable costs’ of taking on new customers. These claims are recovered from the consumers through network company charges

Through winter, network company costs were at £268 however the latest energy price cap sees these costs climb to £371. This included a £68 levy to cover the cost of collapsed suppliers.

Policy costs are tied to the government’s social and environmental schemes to reduce emissions, save energy and encourage the take up of renewable energy.

Recently many Conservative backbenchers have asked the government to scrap some of these schemes to help relieve some of the pressure of rising energy bills including those which upgrade home insulation.

These proposals have been criticized by consumer groups and climate campaigners for worsening the situation rather than improving it. Figures from Ofgem show that police costs make up less than 8% of the new energy price cap.

The energy price cap allows for the costs paid by suppliers to provide customers with billing and metering services, including the installation of smart meters while making a reasonable profit.

in previous years, energy companies could claim operating costs from the average annual energy bill under the winter price cap, however, under the new price, the cost allowance has grown by almost 10%.

The increase is partly because Ofgem’s allowance for supplier profits, which is set at 1.9%, is now included within operating costs rather than shown as a separate allowance. The winter price cap allowed energy suppliers to claim £23 from each default energy tariff as profit. Under the new cap, they will make over £37.

Also read: Court Increases Jail Term Of Woman Who Made Child Eat Her Own Vomit Off The Floor

With so many people in Britain facing the cost-of-living crisis and huge energy bills, many will be wondering how they will be able to save money over the next few months.

Saving money is vital and many will be wondering if they should be switching energy suppliers to try and avoid the huge uplift in some way, even if the government has announced plans to help with the costs.

In addition, about 20 million households in England for people in bands A to D will get £150 off their council tax bills. However, this still won’t be enough to cover the costs of the price rise.

According to UK Power, the cheapest supplier with the lowest annual bill was Utility Warehouse. However, this was based on some very specific factors and was an average for across the UK for use of 12500 kWh of gas per year.

It also only showed tariffs generally available across the whole of the UK. There may be tariffs only available in your area or select areas in the country

In short, it is extremely difficult to compare what the cheapest energy supplier is overall as it depends entirely on where you live, and you should research the cheapest deal thoroughly.

Other factors include how much energy you use, what sort of energy you use, and how you prefer to pay your bills. For example, making use of solar energy and creating your power.

Creating your power means you will only need to draw electricity from the grid on times when you use more than you generate. Plus, when you generate more energy than you use, you can sell the excess back to the grid, cutting your bills even further.

Depending on the size, shading, and location of your house, the number of panels you install, and how energy efficient you are indoors, the Energy Saving Trust estimates that panels could save you anything from £95 a year to £240 a year on your electricity bills.

Batteries mean you can store the solar power you generate during the day when the sun is shining to power your home in the evening and overnight. So, you’ll rely on the grid less and could cut your bills even further.