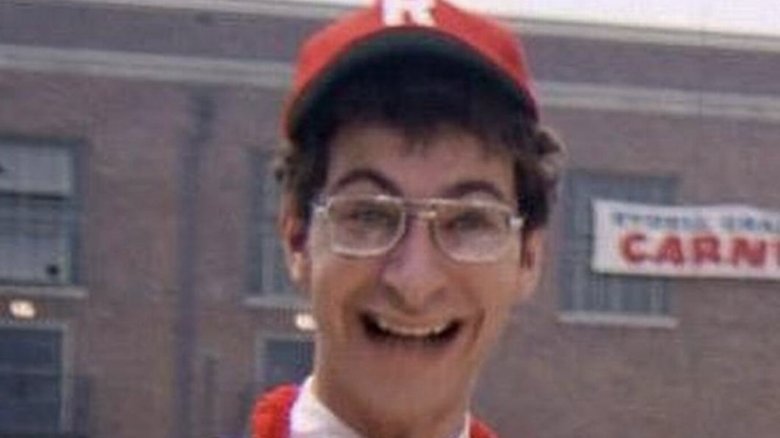 Eddie Deezen, a self-proclaimed real-life geek and/or nerd has played comfortable variations of himself on the big screen and small screen for decades. However, not until the 2012 short film I Love You, Eddie Deezen did he portray the part he was born to play: Eddie Deezen.

Written by, directed by, and starring indie filmmaker Sherry Mattson, it’s about a woman named Mabel who is so bored with her humdrum, Midwestern existence that she decides to blow up her life and head for Hollywood. Upon arriving in California, she seeks out the man of her dreams (if not object of passive online stalking): king of the dorks, Eddie Deezen. (As the film’s copy states, “nerds need love, too.)

Deezen was very game for the 13-minute film, which allows him to play the romantically pursued, hunky leading man for perhaps the first time in a career dominated by roles as undesirable outsiders. He gives an enthusiastic and charming performance when he and Mabel finally get their in-the-flesh meet-cute. (We’re not sure what Mattson would have done had she not landed Deezen. Rewrite her movie as I Love You, McLovin from Superbad?)