What does Patrick Brown’s disqualification mean for the Conservative leadership race? 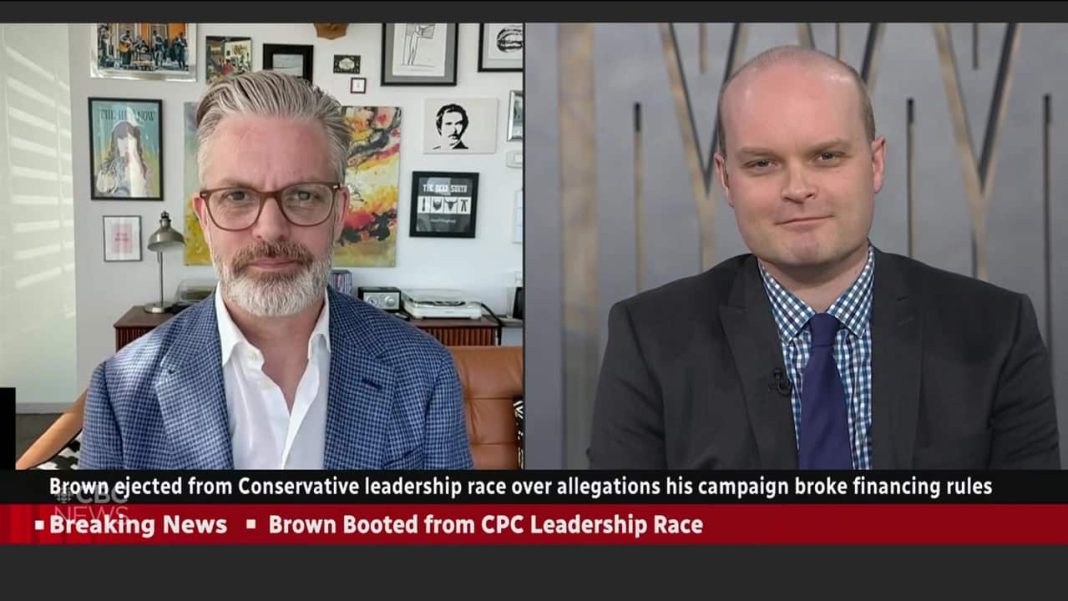 Strategists say Patrick Brown’s disqualification from the Conservative leadership race gives a leg-up to Pierre Poilievre — but Jean Charest may still have a chance.

The Conservative Party has ejected Brown from the race, citing allegations that he broke financing rules. Brown denies those allegations and his campaign says it’s appealing the decision.

If the disqualification stands, Poilievre will have a clear shot at the Conservative leadership, said Conservative strategist Kory Teneycke.

“I think his odds of winning have gone from 98 per cent to 100,” Teneycke, a partner at Rubicon Strategy, told host Vassy Kapelos on CBC’s Power & Politics. 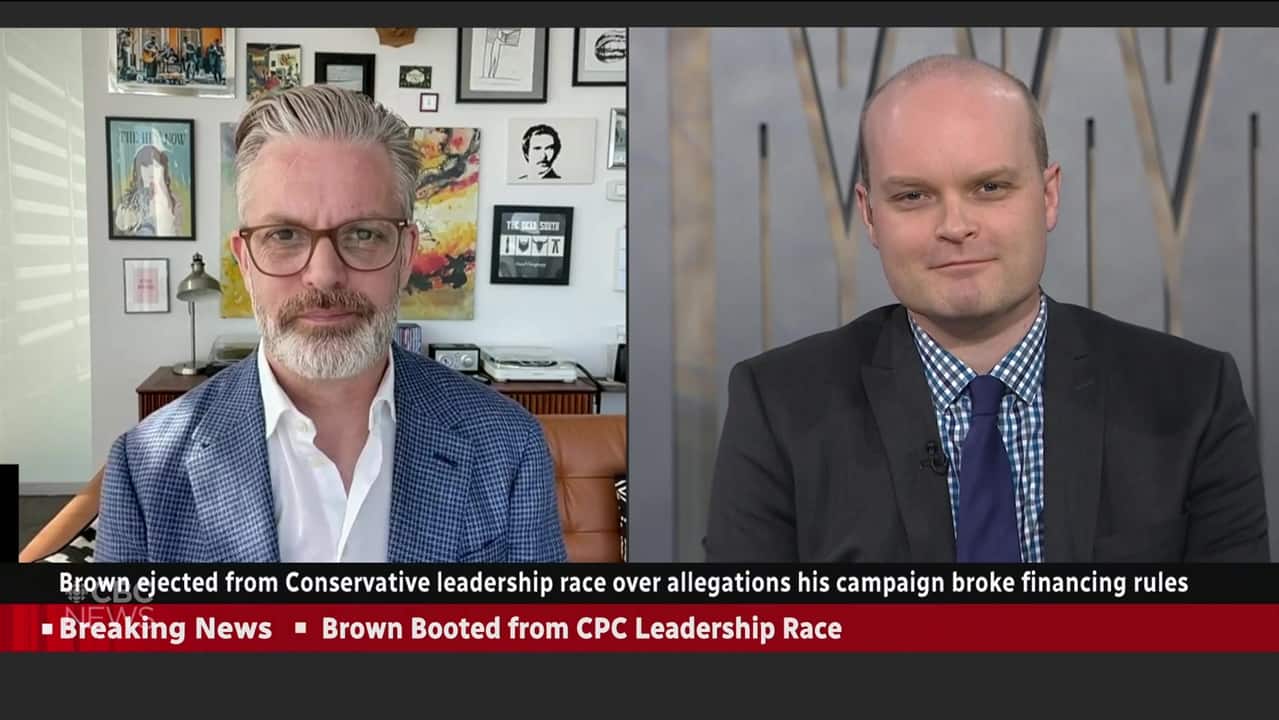 Conservative leadership candidate Patrick Brown says he was ousted by party establishment. Political pundits Eric Grenier and Kory Teneycke join Vassy Kapelos to react to his removal, and predict where the race goes from here.

Teneycke pointed to the Poilievre campaign’s claim that it has signed up more than 300,000 of the 675,000 members the party says will be eligible to vote.

The party says the preliminary members list it released to the campaigns last week indicates roughly 675,000 members are now eligible to vote for the next Conservative leader.

“It kind of puts the race very heavily in [Poilievre’s] favour in terms of the odds,” Teneycke said.

Conservative strategist Shakir Chambers, a principal at Earnscliffe Strategies, said that while Brown’s disqualification gives Poilievre an easier path to victory, Charest could prevail if he courts Brown’s supporters.

Brown has said he has recruited 150,000 new members to the party. Chambers said those votes could put Charest over the top.

“It does create a path for [Charest] to boost his camp, boost his memberships. And if he can get to the second, third ballot, he has a much better chance of winning,” he said.

But Éric Grenier, author and publisher at The Writ, said that scenario likely will depend on how many of Brown’s supporters still vote.

“Not all of those people are just going to go home and not vote because their candidate was disqualified. A lot of them will still end up voting,” Grenier told Kapelos.

“Some of them will go to Jean Charest, but in all likelihood the 150,000 people that Patrick Brown signed up are going to vote in smaller numbers than the people who are signed up by other campaigns.”

If a significant number of Brown’s supporters tune out, that could give another advantage to Poilievre, Grenier said.

Both Poilievre and Charest are claiming they have paths to victory based on the preliminary membership list and that Brown’s disqualification doesn’t change their calculations.

The party’s Leadership Election Organizing Committee [LEOC] did not break down the membership numbers by region or indicate how many members each campaign has signed up.

But the Poilievre and Charest campaigns say they have signed up enough members in enough ridings to win.

The rules of the Conservative leadership race award 100 points to each of Canada’s 338 ridings. Those points are distributed to the candidates based on their share of the votes in each riding. A candidate must win the majority of points to secure the leadership.

Poilievre and his campaign have said they’ve signed up more than 300,000 members.

But in a message to supporters obtained by CBC, Charest’s campaign says 450,000 party members are located in fewer than 100 ridings.

“Following a detailed review of the preliminary membership list, we are confident we have very strong vote efficiency to secure the points we need to win the leadership race,” the message says.

The Charest campaign also claims the former Quebec premier has secured 80 per cent of the points across the 78 ridings in his home province.

Poilievre’s campaign rejects the idea that their candidate’s support is concentrated in a modest number of ridings. The Conservative MP’s team says it has signed up at least 100 members in every riding across the country.

Those numbers do not include those who may have been removed from the preliminary list by the organizing committee, but the party says only about 6,500 names have been taken off the list for not following party or Elections Canada rules.

“If Mr. Charest is so confident, we call on him to release his numbers as we have and spell out his path to victory,” Poilievre’s press secretary and campaign spokesperson Anthony Koch said in a text message.

Campaigns can use preliminary list to shop for votes

The fact that a campaign signed up a certain number of members doesn’t guarantee those members will still vote in the fall — and those who do can still vote for another candidate.

By releasing the preliminary list, the party is now permitting all campaigns to phone or email party members in the hope of convincing them to switch sides.

Ontario MP and leadership candidate Scott Aitchison’s campaign team said he plans to launch a tour this summer to win over supporters.

“[Aitchison] will continue to work to build a Conservative Party that can deliver the results and good government that Justin Trudeau is incapable or unwilling to provide,” a statement from his campaign said.

The campaign for former Ontario MPP Roman Baber said it’s “optimistic” about the makeup of the membership.

“There is no question that our message of democracy had a material effect on all campaigns and the race as a whole,” Baber’s campaign said in a media statement.

Ontario MP Leslyn Lewis’s campaign also says she has a path to victory, although it didn’t release its own membership numbers.

“We absolutely believe that there continues to be a path to victory for Leslyn in this race, and we will continue to work towards that goal,” Lewis’s campaign manager Steve Outhouse said in a media statement.