Wharton’s Jeremy Siegel says stocks will return up to 15%: ‘We could have quite a good year’ 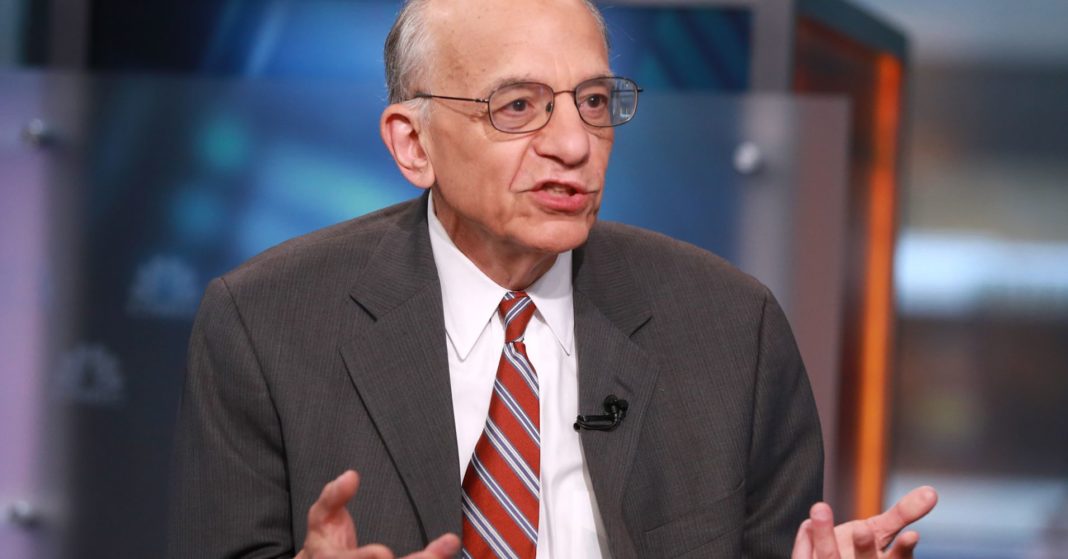 Despite the market’s stumble into the new year, Wharton’s Jeremy Siegel is predicting solid gains for stocks by the end of 2019.

The Wharton School finance professor is predicting an uptick of between 5 and 15 percent and “quite a good year” for equity markets.

“We went from a rosy view to now, ‘Oh my God, there’s going to be a recession,'” Siegel told CNBC’s “Squawk on the Street” on Wednesday. “The truth will be somewhere in between, and that leaves the stock market very attractive now.”

Based on valuation levels, Siegel said even if there is no earnings growth this year, “this is a cheap market.” He did acknowledge the possibility of a recession dragging down markets, but he doesn’t see that in the cards.

“There’s been a wobble here, and that is what the market feels,” Siegel said. “We’ll be wobbling to a slowdown but not a recession.”

The Federal Reserve raising interest rates has also been top of mind for investors. But Siegel pointed to the 10-year Treasury yield, which is around 2.68 percent, meaning fixed income still does not “pose a threat” to equities in competition for investors. And as long as that yield stays below 3 percent, he said, “the Fed is going to defer.”

“I’m not concerned about the Fed,” Siegel said. “With the 10-year at its level that we see now we won’t see any increases.”

The ongoing trade war between the U.S. and China has also been a source of investors’ worry. On Wednesday, a private-sector survey showed manufacturing activity in the world’s second-largest economy contracted for the first time in 19 months. But that weaker data out of China could signal that Beijing may be more willing to come to the bargaining table, Siegel said.

“They can’t afford a big slowdown,” Siegel said, adding that President Donald Trump cares about the stock market, so a deal will have to be reached to avoid major losses. “I think they’re both motivated.”