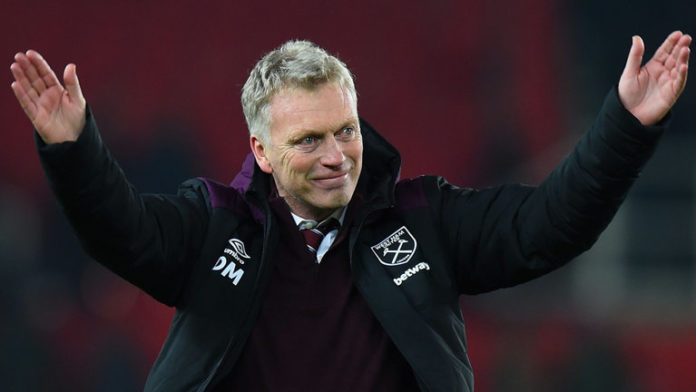 West Ham have “categorically refuted” claims David Moyes is unlikely to remain at the club next season even if they stay in the Premier League.

The club issued a statement on Tuesday morning after reports that they were already thinking about a long-term replacement for Moyes, who took over from Slaven Bilic in November.

Moyes, who initially signed a six-month deal, has enjoyed mixed results since taking charge at the London Stadium.

The Scotsman has guided West Ham up to 12th place but they are still only three points above the relegation zone with 12 games remaining.

And a West Ham spokesman Said nothing had changed in terms of their long-term management situation.

The spokesman said: “The club would like to place on record that it categorically refutes the claims made by the Daily Telegraph regarding manager David Moyes.

“There is absolutely no truth whatsoever to this story. As previously stated on a number of occasions, the club and David Moyes agreed a deal until the end of the 2017/18 season, at which point both parties will sit down and discuss the future.

“Until then, the board and David Moyes will continue to work closely together with the manager having full responsibility of footballing matters and the full support of the board.

“Everyone’s sole focus is on trying to achieve results for West Ham United.”