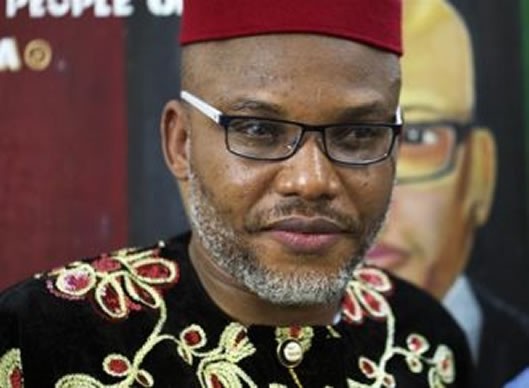 Ijaw youths have warned pro-Biafran groups such as the Movement for the Actualisation of the Sovereign State of Biafra and the Indigenous People of Biafra to desist from including Ijaw territories in the map of Biafra.

The Ijaw youths, under the auspices of the Ijaw Youth Council Worldwide, said on Monday that there was no time the Ijaw ethnic nationality consented to be part of the Biafra Republic.

The IYC, in a statement by its spokesman, Daniel Dasimaka, dismissed the claim credited to the pro-Biafran organisations that the Ijaw nation was part of Biafra.

It added that the old Eastern Region was created by those who also orchestrated ‘this miscarriage of a state called Nigeria.’

The group noted that the Ijaws had never, in any way, been against the genuine aspirations of all peoples, including the MASSOB and IPOB, to attain self-determination or secession, but they should not drag the ethnic nationality into their geographical expression.

The statement read in part, “The Ijaw are a distinct ethnic nation, even before the 1914 amalgamation, that has its own dreams, wishes and aspirations that should not be submerged as footnotes in any other peoples’ struggles.

“We, the Ijaw people, are not Biafrans. Therefore, if or when any Ijaw person or group feels a sense of allegiance to Biafra and speak in its favour, let it be known that such statements are the personal opinions of such persons. They do not reflect the thoughts, views and wishes of the entire Ijaw nation and the Niger Delta people.”

The IYC also warned “overzealous members of IPOB” to stop further insults on respected Ijaw elders and leaders, particularly critical stakeholders like AnnKio Briggs “who had committed so much to the Niger Delta,” stressing that such insults would no longer be tolerated.

It further said that the Ijaw struggle for self-determination predated the Biafra agitation.

The group stated, “It is a known historical fact that a year before the world got to hear of the term Biafra Republic, the Ijaw led by the late Major Isaac Boro of blessed memory had declared a Niger Delta Republic in pursuit of the emancipation of the Niger Delta people which the progenitor of Biafran, late Col. Odumegwu Ojukwu, of blessed memory, fought against as the then governor of the old Eastern Region when the going was good with him in the Nigerian state.

“It is also on record that a year before MASSOB was founded, the IYC, through the Kaiama Declaration, had affirmed ‘our commitment to joint struggle with the other ethnic nationalities in the region for self-determination.’

“We express our solidarity with all the peoples, organisations and ethnic nationalities in Nigeria and elsewhere who are struggling for self-determination and justice.”