Weed Do you have some smoke? That is the question A large number of youths appear to be fully immersed in the habit of consuming intoxicants like marijuana. 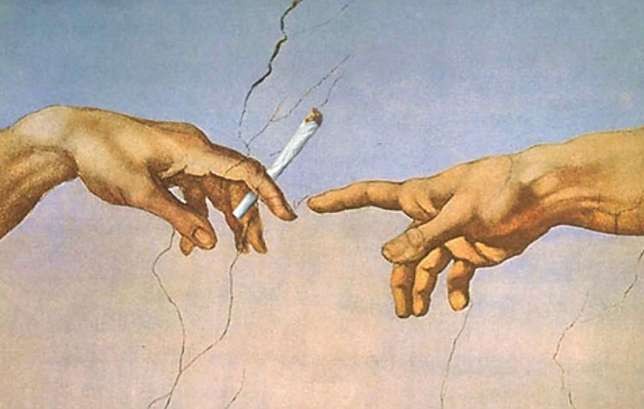 “Do you have some smoke?” That is a question you might be asked if you find yourself in company of patronizers of the intoxicant commonly referred to as Weed.

It is the leading menace in a Nigerian society gradually falling deep into the culture of getting stoned. You won’t blame the category of people who have opted to find satisfaction in the habit. The chaos in the country is enough motivation to get high and few businesses seem to agree.

Some individuals have found better company in smoking weed than their friends.

Some relaxation centres such as party houses and lounges offer their customers the privilege of smoking when they visit their facility. That has become part of the business model of some organizations who deal in the environment of selling fun but the absence of age restriction in respect to who gets the service appears to be a problem.

The teens of nowadays, those born in the year 2000 upward are unfortunately part of contingents filling up the smoke puffing train. The free will that applies to adults who smoke weed should not be available to them.

In my days as a teen, one is open to receiving some scolding from a stranger if caught doing something inappropriate. There was a sense of community (now declining) that saw older members of the society share the responsibility of nurturing the youths in the right way.

That is not the case anymore. You will find these teenagers smoking in public unchallenged. The country is losing grip of its moral values in exchange for freedom. The latter if unchecked can be a castle for more social vices.

Shanowole appears to be fully immersed in the habit of smoking weed.

Abandonment of a child by its parent at a tender age has birthed undue license to roam and led some youths to lose direction. This situation is harbouring a set of individuals who are already bearing the demeanor of those inclined to promote violence. The story of a teenager, ‘Shanowole’ brings to mind a possible outcome of what the life of an unchecked youth could resemble.

The subject is only 11 years of age but he has instilled fear in the hearts of persons old enough to father him. He smokes like a chimney and enjoys the fact that he is considered a figure of terror though he also expressed a desire to get off the streets of Lagos and enroll at a school.

Dr. Tony Rapu of the Freedom Foundation in company of ‘Shanowole’ and a group of youngsters living on the street.

Thanks to a non-governmental organization, The Freedom Foundation, who recently launched a campaign to provide care for street urchins, ‘Shanowole’ might get his desire. One potential area boy down right?

Does the society need to engage the youths more? Absolutely!

Criminal activities can see a decline if more hands are put on deck in a bid to engage the young ones who make up a large group found to be involved more in a behaviour peculiar to outlaws.

Religious organizations, specifically the Christian formation have a good statistical record in the business of grooming youths. What better place to nurture righteousness than the house of the lord?