We will hurt Eagles in Uyo – Bafana 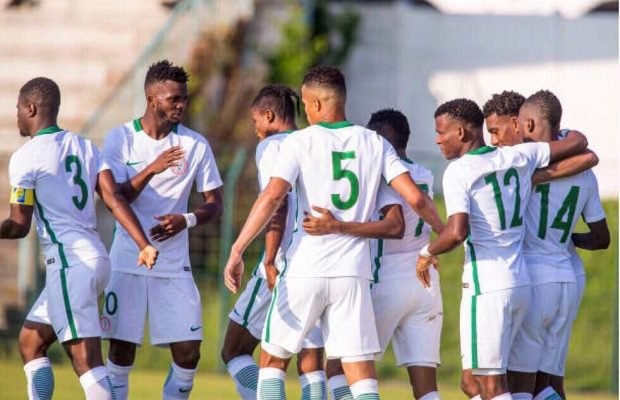 Despite the  injury cloud hanging over  his team, South Africa coach  Stuart Baxter insists Bafana Bafana will be looking to pull off another terrific result in their Cameroon 2019 Africa Cup of Nations qualifier against the Super Eagles  at the Godswill Akpabio  Stadium in Uyo on Saturday.

Englishman Baxter, 63,  is desperate to end Bafana’s  25-year-old winless run against the Eagles to prove his coaching credentials.

The Southern Africans have never won  in their 11  competitive games  against Nigeria  since  their 4-0 pounding by the  three-time  African champions  in their USA ’94 World Cup qualifier in Lagos on October 10, 1992.

Nigeria progressed to win six other competitive  fixtures against South Africa, with both sides settling for draws in four meetings. South Africa only defeated the Eagles 2-1 in a friendly affair in Johannesburg on November 17, 2004, with Baxter, who was their coach,     dishing out instructions from the dugout.

In both teams’ last meeting in a competitive affair, Bafana grabbed  a 2-2 draw  at the Godswill Akpabio  Stadium on  November 19,  2014  to end the Eagles’ Equatorial Guinea  2015 Africa Cup of Nations’ qualification dreams.

Baxter, who admitted  that  Saturday’s match would be a tough one for his side,  is backing the players for the game   to step up to the plate, in spite of the Eagles’ good run of form under their German manager Gernot Rohr.

“We need a positive result in Nigeria and we have capabilities to hurt them,” Baxter, who is expected to arrive in Uyo with  his troops on Wednesday, was quoted by the South Africa Football Association’s official website as saying on Tuesday.

“When we get there, we should be ready. There is no perfect world but I have positive belief. I would have loved to have a full fit squad ahead of travelling to Nigeria but you don’t get a perfect situation in football.”

He added, “We  are going to be a big nuisance to them (Nigeria); we want to be a nightmare they don’t want.”

Rohr also admitted that  the  match would  be a difficult game for  his team.

“Our captain Mikel Obi and our first choice goalkeeper (Carl Ikeme) are out of the match.”