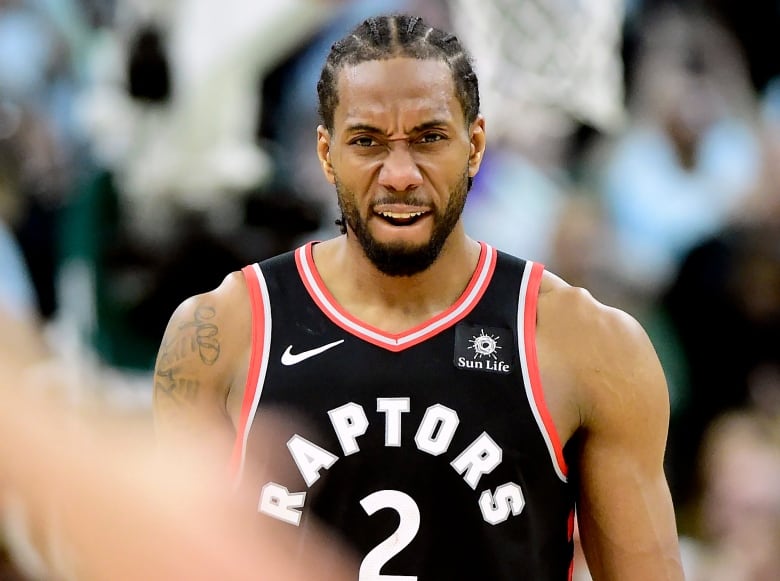 Toronto Raptors fans proudly show off their allegiance outside of Fiserv Forum in Milwaukee ahead of Game 1 of the Eastern Conference finals. (James Wattie/CBC)

As tens of thousands of people streamed out of Milwaukee’s Fiserv Forum Wednesday night, it was easy to spot the Raptors fans.

And it wasn’t just because they nearly the only ones not wearing the free white giveaway T-shirts.

They were the only ones not chanting “Mil-wau-kee!” or “Fear the deer!”

“It’s frustrating,” said Moe Tibbs who made the trek from Toronto. “We had a lot of good looks. Kawhi [Leonard] has just got to get a lot more of the rock.”

A valid suggestion, considering Leonard’s performance in the last series against the Philadelphia 76ers. It was his series-winning heart-stopper of a Hail Mary shot just three days ago sent Toronto to the Eastern Conference finals. He was the top scorer Wednesday night with 31 points. 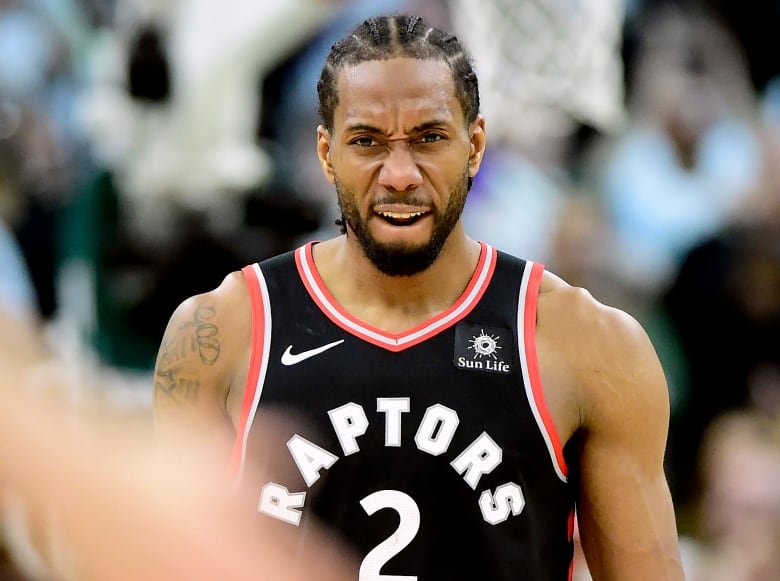 Toronto Raptors star Kawhi Leonard reacts as he walks off the court on Wednesday. (THE CANADIAN PRESS)

But Leonard not the only Raptor fans in Milwaukee were looking for more from in Game 1, which ended with the Bucks beating the Raptors 108-100.

“Marc Gasol has got to be better, said Reese Rana from Mississauga. “Him and Serge Ibaka have to be better.”

But there was hope from nearly every fan donning the white and red Raptors jerseys in enemy territory.

Phillip Zgomba from Toronto said he wasn’t frustrated with the Raptors series-opener performance.

“We played a hell of a game. We came from a Game 7. It was our game to lose and we fought hard and we lost by very little. We showed guts. Who can complain about a game like tonight?”

“It’s really loud in there,” said Chatham McIlroy, who is a Fred VanVleet fan from Wisconsin neighbour-state Illinois, and therefore, a Raptors fan.

“They got loud fans.” 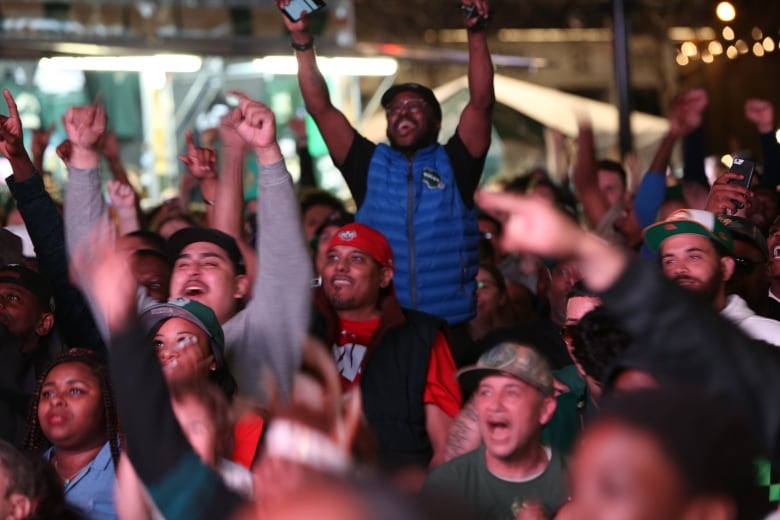 Milwaukee Bucks fans cheer on their team outside Fiserv Forum in what has been called the Deer District. (James Wattie/CBC)

With more than 17,000 inside — and thousands more cheering on the Bucks outside in what’s been dubbed the Deer District — Jim McIlroy thinks Raptors faithful should pay heed to Milwaukee’s motto.

“You’ve got to fear the deer.”

Game 2 goes Friday night in Milwaukee before the series shifts to Toronto for Game 3 on Sunday.