“We Are With You” – Senator, Ben Bruce Calls On President Buhari To Show Support To Anthony Joshua Ahead Of His Rematch With Ruiz 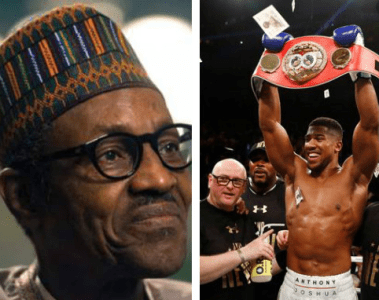 “We Are With You” – Senator, Ben Bruce Calls On President Buhari To Show Support To Anthony Joshua Ahead Of His Rematch With Ruiz

Ruiz stunned the boxing world when he knocked Joshua down four times before stopping him in the seventh round of their heavyweight world title fight in June.

He would be putting his three belts on the line in the rematch when the rivals clash in the desert of Saudi Arabia on December 7.

In a series of Tweets today, Ben Bruce wrote:

“ I want you to know we are with you, @anthonyfjoshua. I am confident that on December 7, you will go out and make yourself and your motherland proud. I am behind you. Nigerians are behind you. I call on @MBuhari to show support for Anthony as he puts Nigeria on the world stage, Dec7.” 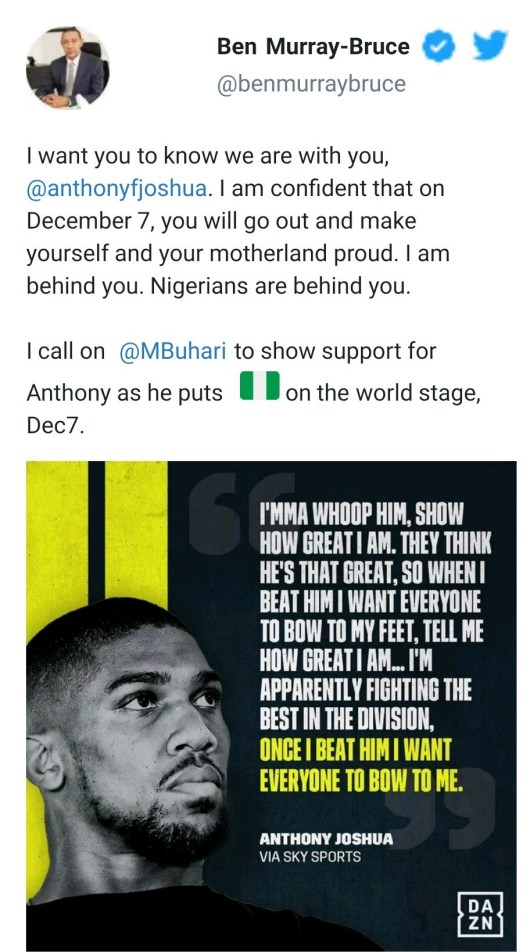