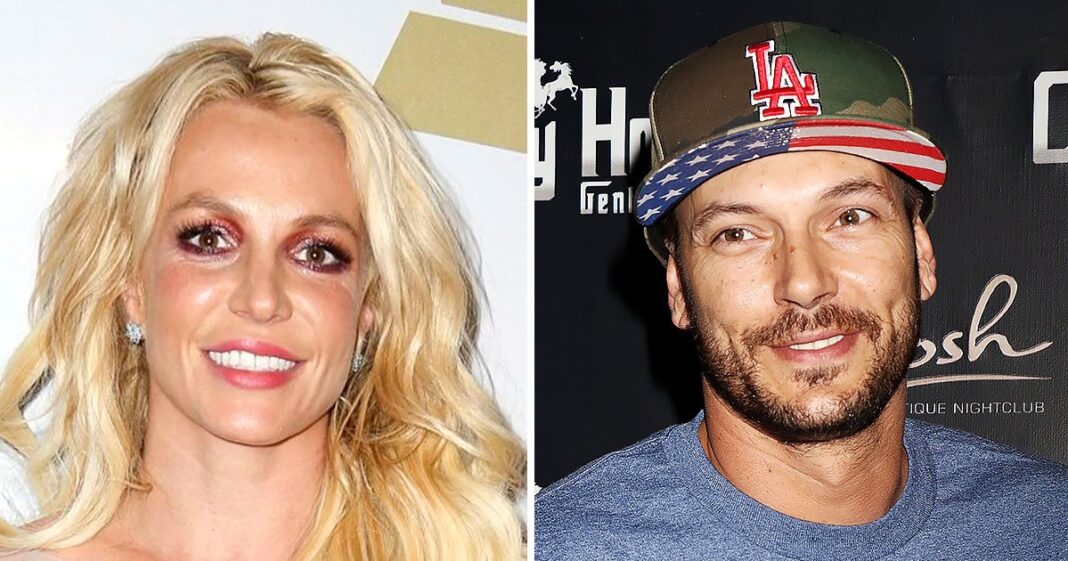 Friendly exes? Britney Spears and Kevin Federline don’t talk much unless it’s regarding their children, but as far as they’re concerned that’s OK.

“Britney does not have much of a relationship with Kevin other than everyday parenting stuff,” a source told Us Weekly exclusively on Monday, December 2. “They’re cordial but don’t do very much as a family.”

Spears, 38, and her ex, 41, who divorced in 2007 after three years of marriage, share sons Preston, 14, and Jayden, 13, and no matter what their personal status, the two work together to make sure the boys are covered.

“Preston and Jayden are either with their mom or dad, very rarely both parents,” the source told Us. “Britney is seeing the boys for her birthday on Monday [December 2] and is excited to have dinner and celebrate with them.”

In August, Federline filed a restraining order against Spears’ father, Jamie Spears, after an alleged altercation with Preston. The following month the Ventura County District Attorney’s Office announced that it had found insufficient evidence to charge Jamie and he was cleared of child abuse allegations.

The “Toxic” singer celebrated her 38th birthday on Monday and a source told Us that the former Mouseketeer is embracing a “positive headspace” more than six months after she left a facility where she was being treated for mental health issues.

Britney Spears’ Ups and Downs Over the Years

“She has spent the last year prioritizing herself and her well-being, something she did not have a chance to do as much during her Las Vegas residency,” the source told Us on Monday. “She has had less time with her sons but got really close with her mom, Lynne, and sister, Jamie Lynn, again recently. Britney spends most of her time at home with her boyfriend, Sam [Asghari], or alone. Her relationship with Sam is rock-solid. He brings her so much joy and is a source of stability in her often chaotic life.”

With reporting by Nicholas Hautman