Watch Zendaya Cringe as She Critiques Her Old YouTube Videos 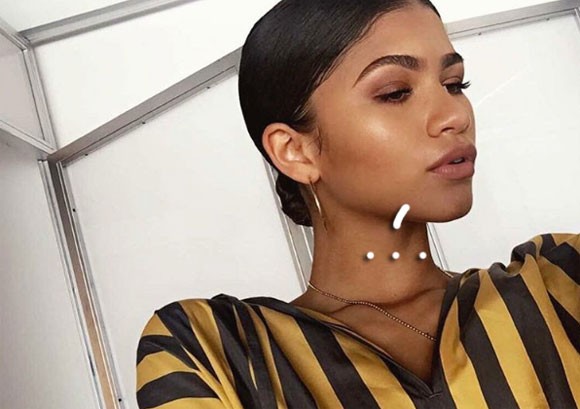 YouTube was supposed to be a safe space for Zendaya.

“Let me just preface my first YouTube video. When I was younger, I genuinely felt that I had to make a persona that matched Rocky, which is the character that I used to play,” she said of her role on Disney Channel’s Shake It Up, which aired for three seasons from 2010 to 2013. “This is back when I literally had an entire alter ego, and this s–t is so obnoxious—I can’t even believe.”

While reviewing her old YouTube videos along with her assistant Darnell Appling, the 20-year-old actress couldn’t help but cringe at her former self. “‘Happy smiley faces?’ What the f–k? I was trying to make this positive environment and trying to be this f–king ray of sunshine. This is the most annoying s–t I have ever seen in my entire life. And the thing is, at the time I was like, ‘Oh, the kids are going to love it. It’ll be cool. Whatever,'” she said. “I was with my friend at the time from middle school, and we wrote this whole s–t script down of what I was going to say.”

Mocking her peppy persona, Zendaya pleaded, “Please don’t judge me!” The Spider-Man: Homecoming star proved she can still channel her younger self by recreating one of the videos.

As she and her assistant watched more videos, Zendaya laughed at her own earnestness. “I seriously thought I was a f–king mogul,” she said, “because I was like, ‘Yo, this s–t is so smart. I’m about to create this whole brand about positive, smiling s–t—Disney’s going to love this.'”

“I need to delete these,” Zendaya added, “because it’s so fake.”

A video filmed on the set of the Disney Channel Original Movie Frenemies made her extra embarrassed. “Oh, wow,” Zendaya said, pushing her laptop away. “What a fake ass little s–t.”

In the end, Zendaya was able to laugh at herself—and gain a little perspective. “No wonder people was annoyed with me,” the actress said. “Like, ‘Oh, she is annoying!’ Yes, honey, I was!”