Watch these friends from N.B. react to winning trip to see Raptors in Game 2 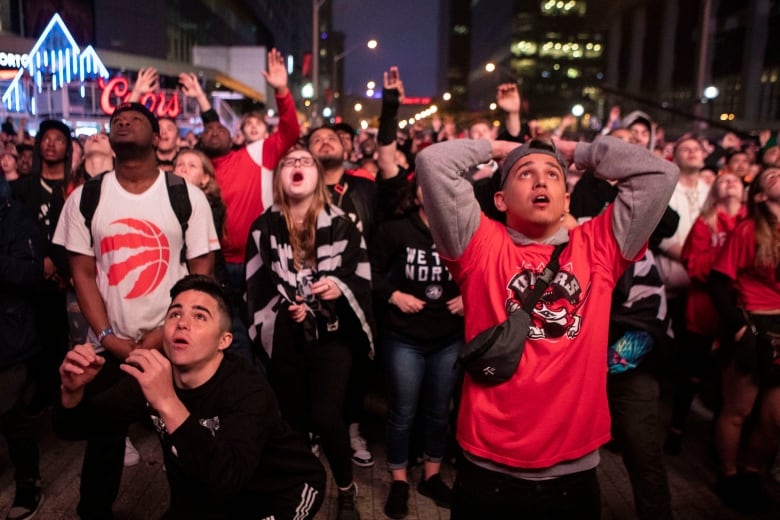 Dylan Dickson, left, and Josh Lewis are in Toronto to see the Raptors play the Golden State Warriors in the NBA Finals. They won a contest held by their employer, Loblaws. (Josh Lewis)

When Joshua Lewis and Dylan Dickson got called into Atlantic Superstore in Chatham, N.B., on Thursday afternoon, they thought something had happened during the shift they’d worked the night before.

Instead, their store manager told them they’d just won a trip to Toronto to see the Raptors play in the NBA championship series.

“Honestly, I was completely speechless,” Lewis said. “I didn’t know. I was not expecting that at all.”

“For myself I lost it … I did cuss a couple times,” Dickson said.

The pair had entered a contest for the trip and tickets sponsored by their employer, Loblaws.

“Josh went out of his way to recognize me and how I go out of my way for the customers and and all that. And I recognized Josh for his hard work,” Dickson said.

They work night shifts together. They often catch up on their sleep during the day.

Mark Boudreau, director of corporate affairs for Loblaws, said the company asked employees what they love about coming to work.

“Basically, they were saying Loblaws is a great place to work because of the other person,” Boudreau said.

“We thought, ‘Wow, what a what a great sense of teamwork,’ and we decided there would be nothing more special than having them go together.”

The trip includes a round-trip airfare to Toronto, some of the best seats at the game, hotel and a visit to the Hockey Hall of Fame and CN Tower. 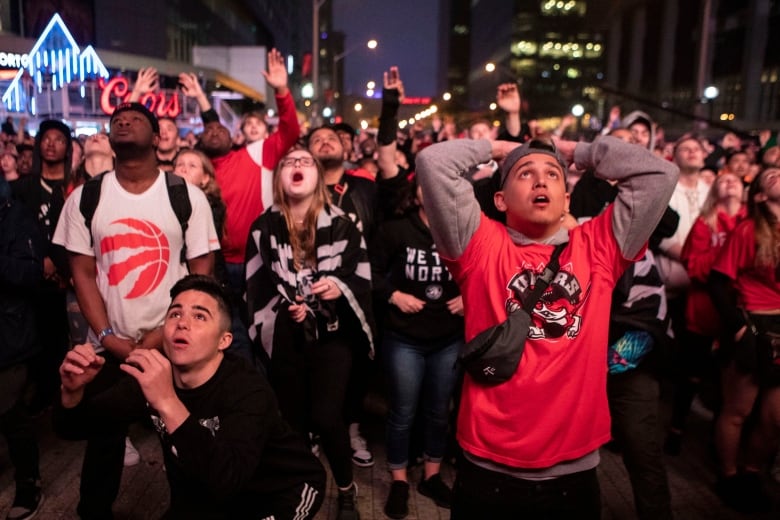 Toronto Raptors fans react as they watch game six of NBA Eastern Conference Final basketball action between the Toronto Raptors and Milwaukee Bucks on a screen outside the Scotiabank Arena, in Toronto on Saturday, May 25, 2019. (Chris Young/Canadian Press)

Dickson and Lewis grew up in Miramichi together and have known each other for years.

“It’s pretty awesome that we got this opportunity together,” Dickson said

It’s Dickson’s first trip to Toronto, and while he’s not the biggest Raptors fan, he guaranteed he would be after tonight’s game.

“I love basketball. I love sports in general and Josh, he’s an absolute diehard bleeding Raptors fan,” he said

“I’ve been following them now for years and it’s about time they made the finals,” Lewis said.

The pair flew to Toronto Saturday morning and will sit in the fifth row of floor seats across from the Golden State Warriors bench in the Scotiabank Arena tonight.

Boudreau joked they were so close they might be able to touch Drake from where they are sitting.

“I can’t help but have a smile on my face because they’re having a great time and they’re two young guys and experiencing that together with a colleague is pretty special for them,” he said.

“I couldn’t be more excited, like I haven’t slept really the last three or four days ever since I found out,” Lewis said

“Honestly, I’d just like to thank the company really. This is a once-in-a-lifetime opportunity.”