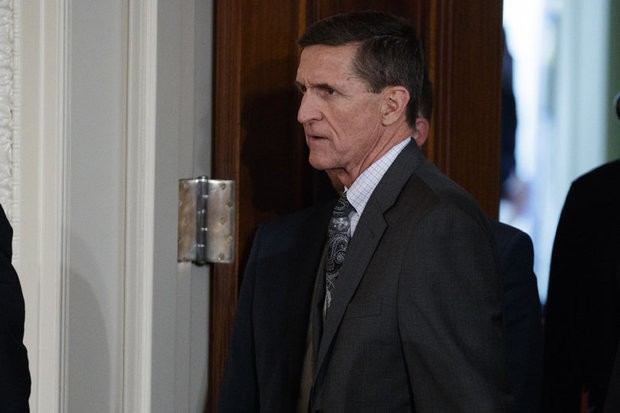 Lawyers for special counsel Robert S. Mueller III, who is investigating Russian meddling in the 2016 election, have issued subpoenas to several prominent Washington lobbying firms as the probe examines the finances of two former Trump campaign advisers, according to people with knowledge of the requests.

The subpoenas asked the firms to answer questions and provide records regarding their interactions with the consulting firms led by Michael Flynn, a former national security adviser to President Trump, and Paul Manafort, former chairman of the Trump presidential campaign, these people said.

The requests suggest that Mueller’s investigators are looking closely at Manafort and Flynn, both of whom face possible legal jeopardy for allegedly failing to disclose that foreign governments or parties may have been the beneficiaries of their consulting and lobbying work, as they seek potential links between Trump’s campaign and the Kremlin.

A spokesman for Manafort declined to comment, while a lawyer for Flynn did not respond.

Two of the subpoenas were issued to Mercury Public Affairs and SGR LLC, according to people familiar with the requests. A handful of other lobbying firms that did similar work have also received subpoenas from Mueller’s office in recent days, those individuals said.

The investigators asked Mercury for information about their public relations work at Manafort’s behest for a Brussels-based organization called the European Centre for a Modern Ukraine, which pushed for improved relations between the Ukraine and European countries. The Brussels group primarily advanced the interests of a Russia-friendly Ukrainian political party that had been a client of Manafort’s before he joined the Trump campaign.

Mercury, which has prominent Republicans among its senior partners, had worked on the Ukraine lobbying project with the Podesta group, led by Anthony Podesta, brother of John Podesta, who led Hillary Clinton’s presidential campaign.

Podesta principal Mark Tavlarides declined Friday evening to comment on whether his firm had been contacted by Mueller’s team.

The firms involved with the Ukraine project did not initially register as foreign agents at the time, citing legal analyses that indicated they were not required to do so because they were working for a nonprofit and not a foreign political party or government. But in recent months, the Podesta Group and Mercury have filed retroactively, acknowledging that the Ukrainian political party benefited from their efforts.

Mike McKeon, a partner at Mercury, declined to comment on or confirm that his firm received a subpoena. But he said the company took care in asking the Centre about its finances and consulting with lawyers about its duties to file.

“Before we accepted this assignment in 2014, we went through our own due diligence to determine the proper disclosure required under federal law,” he said.

Some of the subpoenas were first reported Friday evening by NBC News.

Investigators have sought information from SGR in relation to work Flynn did for a Dutch company with ties to Turkish President Recep Erdogan, according to people familiar with the request. Flynn’s company, the Flynn Intel Group, hired SGR to help handle public affairs work on that contract.

The Flynn Intel Group initially described the project to SGR as promoting a good business climate in Turkey, according to a person familiar with the discussions. Later, under pressure, Flynn filed formal reports indicating that the contract focused on a public affairs campaign to raise concern in the United States about Fethullah Gulen, a Turkish cleric living in exile in Pennsylvania. Erdogan’s government blamed Gulen for a failed coup against him and wanted to persuade the United States to extradite Gulen to Turkey. Flynn also acknowledged in his retroactive filings this spring that he had secretly met with two top ministers to Erdogan, including Erdogan’s son-in-law, two months before the election, where they had discussed Gulen’s extradition.

Eric Lewis, a lawyer for SGR LLC, confirmed that the lobby firm received a subpoena.

“SGR received a request several months ago to be a witness (through a customary witness subpoena that I voluntarily accepted) and provided documents and background regarding its brief project as a subcontractor with Flynn Intel Group, which is fully detailed in public filings,” he said.