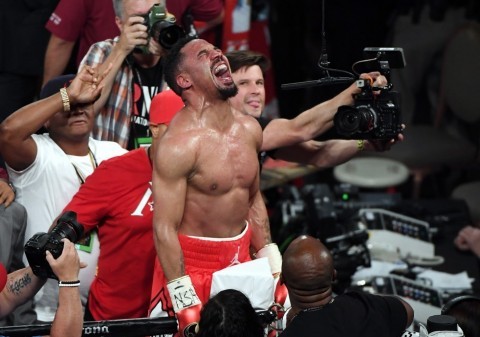 Pound-for-pound king and unified light heavyweight world titleholder Andre Ward is coming to ESPN, at least outside of the ring.

Ward will join Joe Tessitore and Teddy Atlas ringside as an analyst for Crawford-Indongo (ESPN, 10 p.m. ET) at the Pinnacle Bank Arena in Lincoln, Nebraska.

Next week, Ward will also appear on numerous ESPN studio shows, including First Take, SportsCenter and other programs, during the network’s extensive multiplatform news and information coverage leading up to Mayweather-McGregor (Showtime PPV, 9 p.m. ET), which will take place at T-Mobile Arena in Las Vegas.

“It’s great to be back behind the mic and working for ESPN alongside Joe Tessitore and Teddy Atlas, two guys that I respect and who provide great commentary to the sport of boxing,” said Ward, who has worked many fights as an analyst for HBO. “I love stepping into the broadcast booth because I have the best seat in the house, I’m not taking any punches, and I get to talk about the sport I know and love. Crawford-Indongo and Mayweather-McGregor are two of the biggest fights in the sport right now and I’m looking forward to providing my own unique insight and being an asset to ESPN’s boxing coverage.”

Former unified super middleweight world champion Ward (32-0, 16 KOs), 33, of Oakland, California, outpointed Sergey Kovalev in a close fight to win three light heavyweight world titles in November and then knocked Kovalev out in the eighth round of their rematch on June 17.