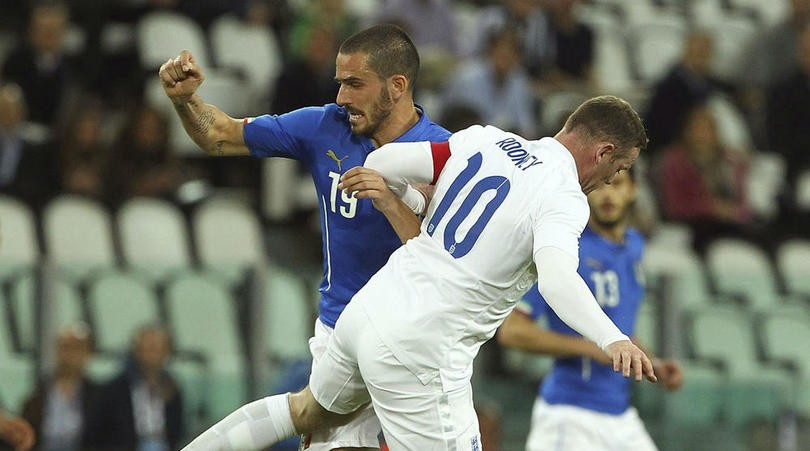 Everton put themselves in a strong position to reach the Europa League group stage with a first-leg win over Hajduk Split marred by crowd trouble.

Hajduk fans surged towards the Goodison Park pitch and threw objects as play was stopped in the 33rd minute.

Idrissa Gueye slotted in when play resumed after a five-minute delay, giving the Toffees a healthy lead.

Hajduk, who finished third in the Croatian top-flight last season, pressed more in the second half as the Premier League side held on to a vital clean sheet.

Everton’s new £30m keeper Jordan Pickford produced three fine saves – including a smart save low to his left from Franck Ohandza – to stop the visitors netting a potentially crucial away goal.

Ronald Koeman’s side go to Croatia next Thursday for the second leg knowing a win, draw or single-goal defeat will guarantee their place in the Europa League group stage.

“I was really happy with the first half and unhappy about the second. We lost a big opportunity to score more goals,” said the Dutchman.

Where will Sigurdsson fit in?

Everton finally completed the club-record signing of Gylfi Sigurdsson on Wednesday after a protracted £45m move from Swansea, but the Iceland international – who did not feature for the Swans in pre-season while negotiations between the clubs continued – was not fit enough to make his debut against the Croatian side.

Toffees fans did catch a glimpse of their new man, however, when Sigurdsson was introduced to the Goodison Park crowd before kick-off.

Koeman has been a long-time admirer of Sigurdsson, having tried to sign the midfielder while in charge of Southampton, and it will be interesting to see how the Dutchman fits the 27-year-old into his Everton starting XI.

Although Ross Barkley could be set to depart, Koeman has plenty of attacking midfield options available following the summer signings of Wayne Rooney, Davy Klaassen and Sandro.

Rooney led the line against the Hajduk as Sandro missed out through injury, with Klaassen in the ‘number 10’ role and flanked by teenager Ademola Lookman and Belgium international Kevin Mirallas.

All three players responded with bright attacking performances, especially in the first half, as the Toffees went forward with pace and purpose.

Lookman particularly caught the eye, using his pace and trickery to ask questions of the Hajduk defence, and linking up to good effect with right-back Cuco Martina.

And with Rooney and Klaassen combining superbly to tee up Gueye’s goal, Koeman can be satisfied that he has several options to ponder when Sigurdsson comes into his squad.

Keane to impress Everton (and England)

While much of the focus was on Everton’s attacking talents, two of Koeman’s other key summer signings impressed at the other end as the Toffees kept their fourth successive clean sheet.

Former Sunderland keeper Pickford showed why the Merseyside club were willing to pay up to £30m with a string of smart saves, but it was Keane who stood out.

The 24-year-old centre-back, who arrived from Burnley for £25m, provided a calm authority throughout in a man-of-the-match performance, showing he was comfortable in bringing the ball out from the back and is even capable of chipping in with goals as the Toffees look to fill the void left by Romelu Lukaku from all over the pitch.

“It is the fourth clean sheet in a row and that starts with a team’s good defensive organisation and a good goalkeeper,” said Koeman.

The home fans would not have been the only spectators at Goodison encouraged by their performances.

England manager Gareth Southgate was also in the stands as he runs the rules over his players ahead of next month’s World Cup qualifiers against Malta and Slovakia.

Both Pickford and Keane, on the evidence of this performance, will be named in the squad and pushing for starting places.

“In my opinion we lost a big opportunity to score more goals in the second half because we dropped the tempo.

“We gave them the belief to dominate the game. Still we were dangerous but not like we were in the first half.

“We knew we would get a lot of space on the sides and I thought we did well in the first half. We spoke at half-time about to play and to go for more goals but instead we dropped the tempo.

“It is always good to have a clean sheet in the first leg at home. Two-nil is a good result but you always like to reach the maximum – today the maximum was more goals.”

Everton go to Manchester City on Monday (20:00 BST) as they look to build on their opening win against Stoke, then travel out to Croatia for the second leg next Thursday.

Then it is back to Premier League action with a trip to champions Chelsea on Sunday, 27 August.