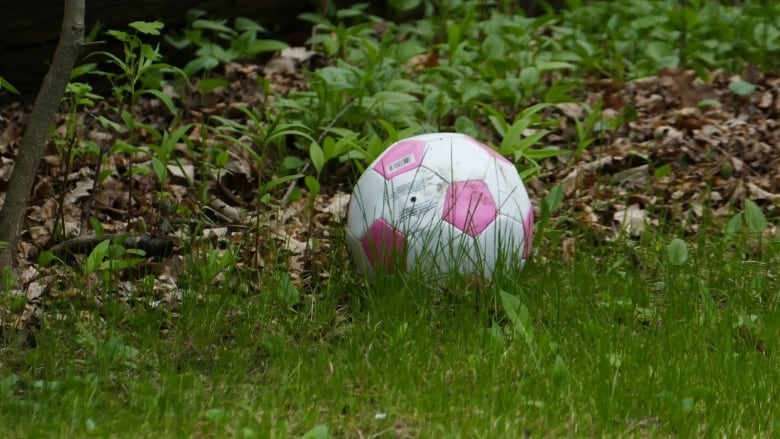 Teen girls in Child and Family Services care lived in this suburban home until the water was shut off for non-payment. (Tyson Koschik/CBC)

No running water, little food and staff nowhere to be found. Those were the conditions a Winnipeg police officer stumbled upon while trying to return a teen to a foster home entrusted with the care of four highly vulnerable girls, some who were sexually exploited and drug addicted.

Health authorities were called in, and the inspector recommended no one live at the Wildwood Park foster home licensed by Dakota Ojibway Child and Family Services (DOCFS) until the water was restored, according to a Department of Public Health spokesperson.

The City of Winnipeg had cut off the water on May 15 because the foster father owed more than $1,000 to the utility, according to a document obtained by CBC News. It was off for nearly a week before he got it reconnected. During that time, some girls went to neighbours asking for water and used public washrooms at nearby businesses.

“There’s no excuse for that. It shouldn’t happen … I’m not sure why that wasn’t immediately addressed and resolved,” said Bev Wiebe, who worked in the child welfare system for 30 years. While she is concerned about this case, she believes the vast majority of foster parents take good care of children.

Foster parents who care for high-needs youth receive thousands of dollars per month tax-free from Child and Family Services agencies.

DOCFS, through its lawyer Dean Kropp, refused to answer questions about when an agency staff member last visited the home for an inspection or licensing review. He refused to say what supervision is required for the teens in the home and he refused to say if the foster father still holds a licence.

“I can confirm that appropriate actions have been taken by the agency to ensure the safety of children in their care,” said Kropp.

‘Nothing more than a loaf of bread’

Before the police officer’s discovery, troubling conditions were routinely discovered by the mother of one of the teens. CBC News is not naming any of the parents of the girls or the foster father, to avoid identifying the teens in care.

A mother, who CBC is calling Kim, says she frequently dropped by the foster home.

“I went through the cupboards and the fridge and there was nothing more than a loaf of bread there. This would be after we were told by the manager/foster parent that they, quote unquote, ‘had just done a big grocery shop the night before,'” she said.

She says the telephone and internet were disconnected on more than one occasion. 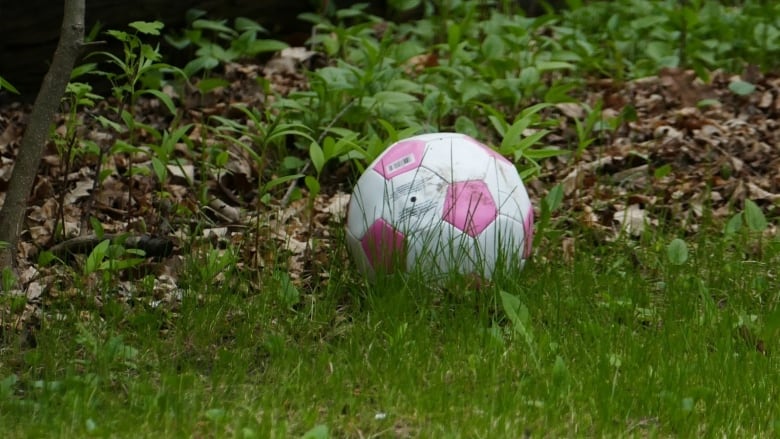 Even more troubling to Kim was the lack of supervision. Her daughter requires Level 5 care, which is reserved for youth who are a danger to themselves or others due to the severity of their mental health or emotional disturbance. These youth can also be victims of high-risk behaviour, which includes sexual exploitation, drug use and self-harm.

Kim says she was assured her daughter would be watched around the clock.

“On several occasions when I attended the house, always unannounced, I would find staff sleeping,” Kim said.

“There were times there was no staff there. They had actually left the house open with children in the house and had gone on an errand.”

The mother of another girl in the home also expressed concerns about the level of her daughter’s supervision.

“She would tell me that she would run [away] a lot due to the staff. It was more babysitting on their part,” said the mother, who CBC is calling Kelly.

The foster father had been renting the home in Wildwood Park since September 2018. He was evicted from the house for non-payment of rent as of July 1 of this year.

Land title records show he and his wife own a separate home in St. Vital. The couple lists the St. Vital home as their address on a car loan document. It is not known how, or if, he divides his time between the two houses.

This is not the first time the foster father was delinquent in his debt. Court records reveal he was subject to a court order to sell his St. Vital home to pay back debt in 2018.

The money was owed to a Winnipeg law firm that hired a collections agency. According to the statement of claim, the foster dad had hired lawyers to represent him in two other civil suits in 2011 and 2012. Though he made partial payments, he still owed about $49,000.

The debt was paid in August 2018, around the same time he took over the foster home.

Foster homes are licensed by CFS agencies but the province sets the standard related to the licensing process, which among other things, include criminal record checks and physical and mental health checks. But not credit checks.

She said the amount of money paid to foster parents for high-needs kids is enough to cover the bills and rent.

The man, whom CBC is not identifying, said Winnipeg CFS is to blame for his financial hardships.

“While the optics clearly appear to showcase a mismanagement of funding, it does not take into account that I was not receiving the funding for months at a time,” the foster dad said in an email to CBC News.

He said the agency refuses to reimburse him $15,000 that he says he paid to respite workers to look after two girls, who are both wards of Winnipeg CFS.

“I would submit respite bills for the staff that were in for those two weeks and which girls they were covering. And then I wait for 10 days to get a cheque,” the man said.

He said he was told the agency doesn’t cover support staff wages on nights when the teens are not in the home.

He said $7,200 of that went to pay bills, like rent, food and cell phone. He claimed he couldn’t afford to pay the water bill for a month because he had to pay more than $1.000 to cover one of the girls’ cell phone bills.

“I take full responsibility for that. I am not the greatest at paying bills,” the man said.

The man said he ran the foster home for a total of 10 months. Before that he worked as a support worker in the same Wildwood house, which was managed by a different foster dad at the time.

The man said he lost his licence when he was evicted, but still keeps in touch with the girls, whom he said have become like family to him, his wife and his own kids.

The teen girls have since been relocated to new accommodations.