Virtual classes, part-time studies and deferred starts: How teens are facing post-secondary in a pandemic 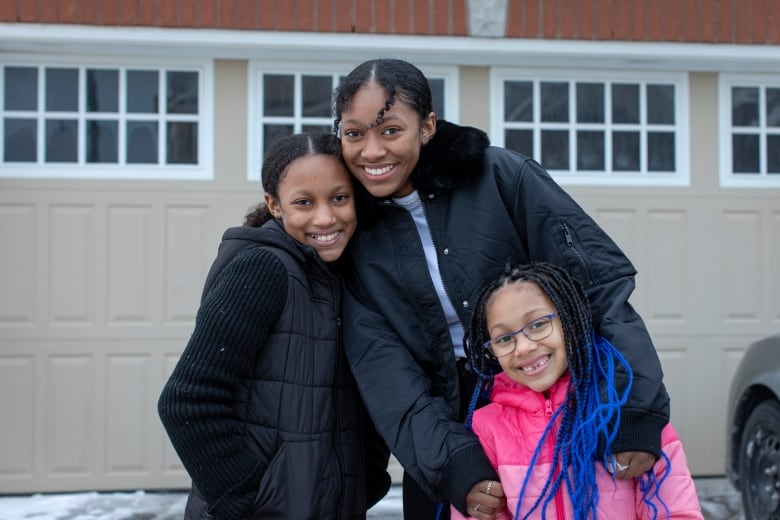 As classes at many Canadian colleges and universities continue online, a new crop of students is already priming for September — without knowledge of what school will look like come autumn.

“It is too early to say what the world will look like at the beginning of the next academic year. Our recommendation to students and universities is to keep the lines of communication open,” Universities Canada, a national association advocating for Canadian higher education institutions, said in a statement.

“All of our members are doing what they can to keep students safe, supported, and engaged whether they are on campus or studying from elsewhere, and we expect that to continue for as long as is necessary.”

Amid the current wave of application deadlines for fall 2021 admission, teens and young adults share the choices they’re weighing as they embark on their post-secondary journey under the shadow of COVID-19.

Juggling competitive synchronized figure skating and school, Grade 12 student Denika Ellis-Dawson knows the value of preparing for different scenarios and focusing on what’s positive when faced with adversity. Both her skating and schooling have been negatively impacted by the pandemic — notably separating the teen from her teammates and classmates — but she’s tried to roll with it.

“With skating, I’ve been able to really focus on my individual skating: help build up and bring out my muscles and bring out my flexibility and become stronger,” said the Brampton, Ont., student.

Though adapting to virtual learning has been difficult, she says it’s gotten somewhat easier. Her school’s current quadmester system “has allowed me to focus just on… two subjects at a time and be able to do well in those two subjects.”

With an eye to studying psychology, she completed applications to four universities — three in Ontario, one in British Columbia — in late 2020. While she considered taking a gap year to focus on skating, perhaps taking a few extra high school courses or working a job to help pay for university, Ellis-Dawson ultimately decided against it.

“Who even knows if I’ll be able to get a job and be able to commit full-time, depending if [workplaces] shut down again,” said the teen, who turns 18 on Sunday.

Instead, she’s gearing up for what’s next, whether it’s her ideal of universities returning to in-person classes or even what she calls a “second-best scenario” of continuing remote learning from home.

“I still get to stay at home and spend one more year with my family and all my friends and do skating,” Ellis-Dawson said. “Then, by the second year, be able to fully commit to school and do all those [other] things on the sidelines.”

She is concerned, however, about young people losing milestones to the pandemic and struggling further as they embark on post-secondary.

“We’ve had it messed up from the start of our school year. From September to the end, we’ve lost our senior year.… So it definitely is upsetting and unfair,” said the soon-to-be high school grad eagerly anticipating her next phase.

“What are [schools] specifically going to do to kind of help all those first-year uni girls and uni guys go in and have a good experience?”

Having tested the waters of remote learning since the fall, 18-year-old Mika Leblanc knows what she’ll do if online classes continue: hit pause.

Earlier, the Duncan, B.C., student had contemplated a gap year to work and travel in support of her desire to take international development studies in university. She dived into school instead, applying to universities in her home province as well as her “dream school” of McGill in Montreal, a city she loves thanks to visiting her grandparents there.

Once the pandemic hit, Leblanc with a difficult decision. Facing virtual courses no matter which school she picked, should she press on with McGill or take a second-choice option closer to home, family and friends?

“I would be isolated, doing my homework and my schoolwork by myself in a city that I’m familiar with, but … definitely not the same Montreal that I’m used to,” Leblanc said.

Unsure if she would even be able to visit her grandparents, she ultimately chose to stay home on Vancouver Island. She also opted to lighten her load to part-time status and stay on working at a local restaurant twice a week.

Still, her fall semester taking political science and economics proved daunting. Her courses were heavy on dense readings and lectures, and she experienced an intense feeling of isolation studying from her bedroom each day.

“I’m a very social person. I like being able to talk to classmates and having a relationship with my professors or my high school teachers,” she said.

Leblanc is thankful for her parents and other adults who have been supportive. But she is also frustrated when adults try to compare what teens are facing now to their own experiences, instead of just listening to young people express their feelings. 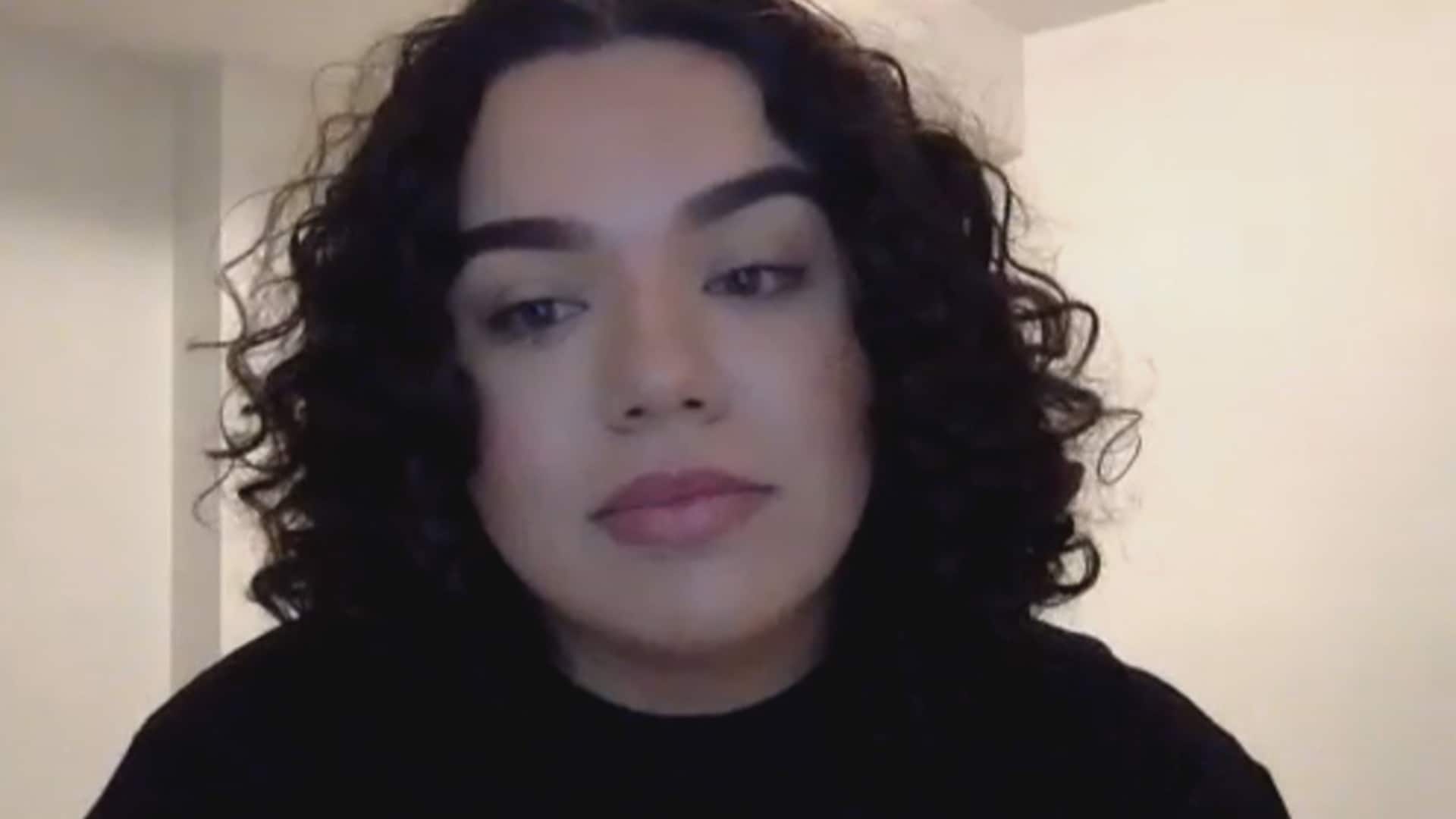 Canadian teens and young adults on mental health challenges and thoughts about living through the pandemic. 4:40

“I’m an adult in the eyes of the law, but … I’m still living in my parents house in my childhood bedroom, doing my university courses, not really getting to experience what young adulthood is like at all,” Leblanc said.

“It’s kind of a feeling of floating — like you’re just suspended — kind of waiting for something to happen and change. But nothing really is changing that much.”

Though she’s had more online interaction with classmates in the three courses she’s taking this term, Leblanc vows that if school continues virtually in September, she’ll postpone her studies.

The 18-year-old from Millbrook, Ont., applied to and been accepted by various university and college programs for computer engineering and French studies. But he wasn’t confident that the experience would be satisfying during the pandemic.

He noted that tuition fees remain significant even though in-person classes aren’t happening, regular school resources may not be offered, and students can’t socialize on campus.

“I was just thinking about the education quality that I would get if it was on all online,” he said.

“When I hear from my siblings and older people about university and college, it’s not only a fun experience but it’s a useful experience. All the activities and everything that universities and colleges hold for the students are definitely an important part of going.”

Instead, Vogels has worked full-time since graduating high school last June. A neighbour hired him to help with renovation work in homes that are currently unoccupied, “so there’s no contact with other people [beyond my boss] at all.”

He considers the past seven months a valuable learning experience. He’s discovered an interest in the building trades as yet another avenue he could pursue with further studies.

Though Vogels is willing to postpone starting post-secondary one additional year — with hopes that in-person classes will resume more normally by fall 2022 — he also admits worrying at times how the delay may affect establishing a career.

“I definitely see a lot of stress that comes from people [who] think, ‘I’m getting so old so quick. I’ve got to start school right away,'” he said. “I’m trying to make sure that I don’t do that. I understand that I’m young and I have time.”