Virbhadra Singh on Shimla rape-murder: I have four daughters, I can understand the pain of victim’s parents 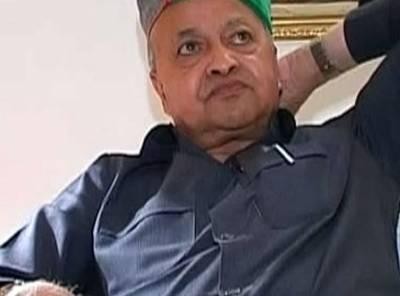 CM Virbhadra Singh said he wrote letter to PM to hand over the case to CBI. (file)

As the CBI plans to set up a temporary office in either Shimla or Theog to launch its investigation and interrogate key suspects in the Kotkhai rape case, Chief Minister Virbhadra Singh on Tuesday said he understood the pain of the victim’s parents. “I have four daughters, I can understand the pain of victim’s parents,” the Chief Minister said while talking to news agency ANI.

On the directions of the Himachal Pradesh High Court, the CBI has registered two cases — one pertaining to gang rape and murder of the 16-year-old girl and the other of the custodial death of one of the accused.

Sources told The Indian Express that a CBI team had left for Halaila to visit the spot where the body of the class X girl and her belongings, including her school uniform, was found on July 6 – two days after she went missing. Another team was in the town to study the case file and investigations done by the SIT, including call detail records and interrogation reports of the suspects.

CM Virbhadra Singh went on to add that he personally wrote to Prime Minister Narendra Modi to order a CBI inquiry into the heinous crime.  “I personally wrote a letter to PM to hand over the case to CBI. We want a fair probe into the case.”

There had been unrelenting protests all over  Shimla and in Kotkhai demanding a fair probe into the matter. The state government has earlier submitted its report to Governor Acharya Devvrat in connection with the case.