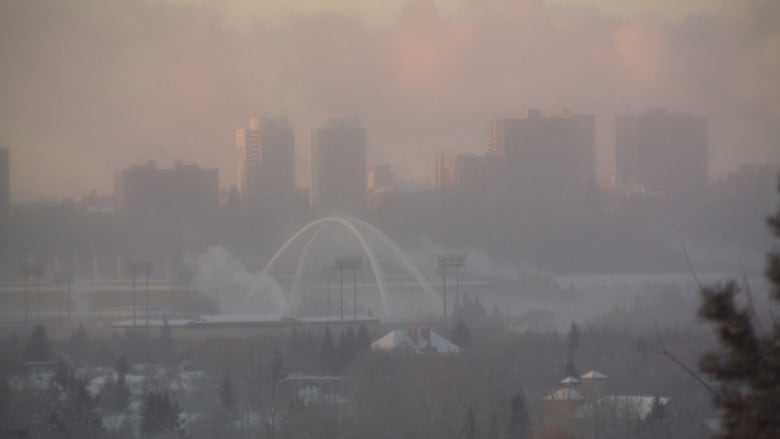 The leader of an Indigenous community watch group is livid after a video emerged showing Edmonton police officers ordering people who were sheltering in a downtown LRT station to leave, sending them into the extreme cold.

The video, posted to Facebook and Twitter, shows uniformed officers escorting people out of the Central LRT station Sunday evening. Officers are heard telling people to leave the station because they are eating food and not wearing masks.

Judith Gale, local patrol leader with Bear Clan Patrol, said the group had been providing people with food and clothing when they were interrupted by police.

A spokesperson for the Edmonton Police Service (EPS) said police are aware of the video, and that the officers could have handled the situation better.

EPS were on a roll yesterday..<br><br>Late at night, no one else in the station, Bear Clan was trying to feed folks and give them clothing to stay warm, <a href=”https://twitter.com/edmontonpolice?ref_src=twsrc%5Etfw”>@edmontonpolice</a> kicked them outside because they couldn’t wear masks while eating…..<br><br>IT WAS -36 Y’ALL. <br><br>1/3 <a href=”https://t.co/038ieZSagv”>pic.twitter.com/038ieZSagv</a>

In previous winters, the city has opened LRT stations as shelters during cold snaps.

“I was livid,” Gale said. “I really was, I was shaking. I didn’t know what to do, because these police people did not have any compassion at all.”

The incident caught on video happened just after 8 p.m., Gale said. She said members of her group were offering soup, bannock, sandwiches and fruit to about a dozen people.

In the video, Gale argues with two police officers, reminding them about the extreme cold. An officer says there are shelters for the people to use.

Gale said she was upset the officers didn’t ask if the people needed transportation to a shelter.

“Our officers strive to balance the role of enforcing public safety, bylaws (loitering) and COVID-19 protocols,” Sheppard said in an emailed statement to CBC.

“In this particular case, we should have done a better job at communicating our role in helping connect citizens to the City of Edmonton’s services and partner agencies whose goals are to keep vulnerable citizens safe and warm.”

Sheppard said the police service is working to reach out to the community about the incident. As of Monday night, Gale said she had not heard from Edmonton police.

Gale said she works at the John Humphrey Centre for Peace and Human Rights in Edmonton, and the organization has tried to connect with Edmonton police about the incident.

Gale said she has received a lot of community support since the video was posted to the Bear Clan Patrol’s Facebook page.

The cold temperatures in Edmonton are forecast to end soon, with the city’s emergency measures to respond to the cold weather set to conclude by Wednesday morning.