Help for dying woman was 2 minutes away, but took 80 minutes to arrive 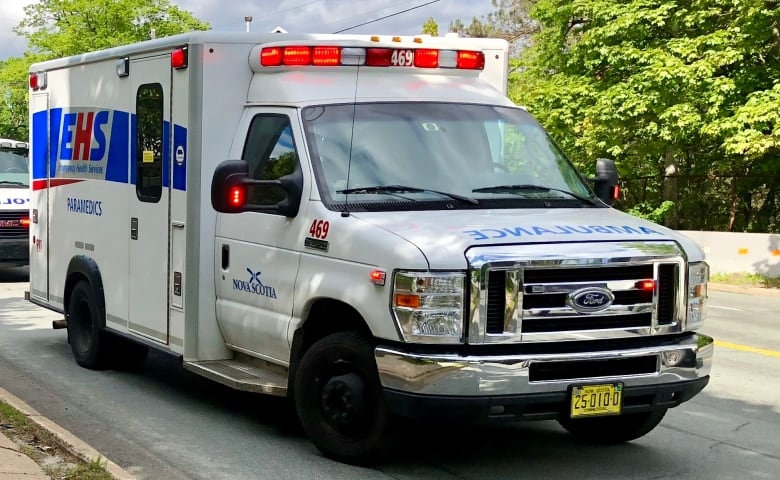 A grieving Nova Scotia husband wants to know why it took 80 minutes for help to come as his wife lay dying in their Bass River, N.S., home.

On Feb. 8, Kevin George came home around 8:30 a.m. after his Department of Transportation shift. The snowplow operator had cleared roads after the overnight blizzard.

He spoke to his wife, April, who told him to take a nap. He said he’d first clear their driveway and deck so she could take the dogs out.

He cleared the driveway and deck and went inside at about 10 a.m.

“I saw my wife unconscious on the floor, purple. I called 911 and asked for help. They told me to keep doing compressions, help was on the way,” he told CBC News on Saturday.

Help did come — an hour and 20 minutes later — when paramedics and two RCMP officers arrived at the same time.

George saw the blanket covering his wife move, and for a moment he thought she had survived. But the blanket fell still.

Shocked, George wandered into his icy backyard as police took photos and examined the scene. He waited two further agonizing hours for the coroner to arrive.

“I just keep asking myself, why?” he said.

Volunteer firefighters never got the call

What made it worse for him was that he can see the Bass River fire hall from his home, yet none of the volunteer medical first responders were dispatched.

“Help was two minutes away and it didn’t show up,” George said, fighting back tears. “I want the public to know.”

He knew the roads were clear to Truro, as he’d done some of that work himself and followed another plow to his own home.

He had called emergency services before and had help in 20-30 minutes, which is about how long it takes a lights-and-sirens emergency vehicle to drive from Truro to Bass River on a clear day.

April George was 46 and a mother and grandmother. She had two “fur babies,” a Boston terrier and a French bulldog.

Her son, Justin Rushton, said his stepfather and his mom were utterly devoted to each other.

“Kevin never wanted her to have to worry about anything,” Rushton said. “He took both of us under his wing and did everything he possibly could to make ends meet and keep her happy.”

Questions about where ambulance was stationed

Tom Taggart, the municipal councillor for the area, has spoken to George since his “devastating” day. Taggart said the blizzard likely slowed the RCMP and ambulance response.

He also found out why the nearby fire hall didn’t send help: they were never alerted.

“That is, as I understand it, common practice since COVID. The medical first responders have not been notified or asked to respond,” he said Sunday.

In March 2020, at the start of the pandemic lockdowns, Emergency Health Services (EHS) told firefighters across Nova Scotia to no longer attend most medical calls due to COVID-19.

The decision by EHS was based on the fact that it was becoming increasingly difficult to determine the proper infection prevention and control requirements for medical first response.

Firefighters are now being called only for fires, vehicle crashes, or if paramedics request help moving a patient from the scene to the ambulance.

“Under certain conditions such as severe weather and if the system is busy, it may take a bit longer for a crew to respond,” Remo Zaccagna said Sunday evening.

“We are sorry for the loss this family has experienced and encourage them to contact us by emailing service.inquiry@emci.ca so our team can speak with them directly.”

Taggart said volunteer firefighters are a “godsend” to rural communities, but they have to obey the EHS order.

He is certain many volunteer firefighters would gladly take additional training if it meant they could help out people like the Georges.

“I don’t believe they were ever given that opportunity,” Taggart said.

He has asked EHS for a detailed accounting of the morning. He wants to learn the timeline — from 911 getting the call, to when the ambulance was dispatched, to when it arrived.

Ambulances usually come from Truro or Parrsboro, putting his area in the middle. Taggart thinks they should standby in Great Village or Bass River at times to speed up response times.

The George family, plunged into mourning in the midst of the pandemic, wants those answers, too.