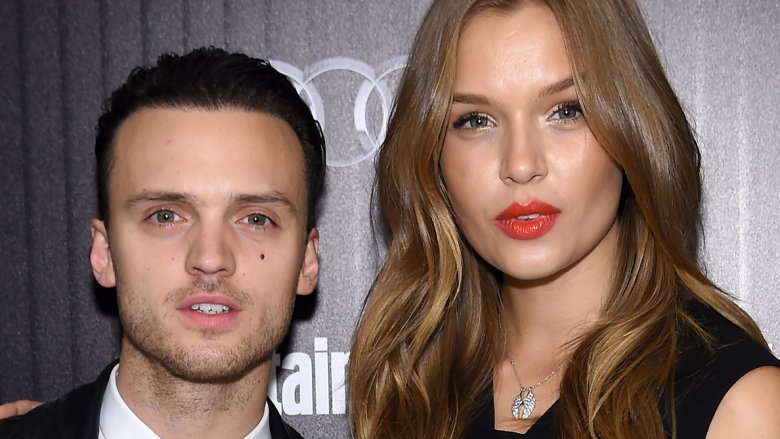 Model Josephine Skriver, one of Victoria’s Secret’s Angels, is engaged to be married!

Skriver took to Instagram to share that her boyfriend, singer and musician Alexander DeLeon, proposed to her while they were on vacation in Finland on Friday, Nov. 23, 2018. “I SAID HELL-FREAKIN’-YES!!!! I’M ENGAGED,” she wrote in the post’s caption, alongside photos of the couple’s snowy engagement. The 25-year-old noted that DeLeon had driven them to Finland to see the northern lights, which was something that was on her bucket list.

“He had a bonfire built for me on top of the middle of a frozen lake deep in Scandinavia completed with the full moon shining on our backs and hot cocoa to keep us warm,” she shared, describing the moment DeLeon proposed. “For the first time in both of our lives we got to see the northern lights decide to show their dance across the starry night!!”

And the date that DeLeon popped the question had significant meaning for the model, as Skriver explained to her fans that “23 is my lucky number” and that the 23rd was the day that her now-fiancé’s song “Aurora Borealis,” which was apparently written about her, was released.

“When he got down on one knee and asked me to be his forever.. I have never been more sure about anything in my life,” Skriver continued in her caption. “You are my biggest adventure. My fairytale come true. My soulmate. My best friend. The love of my life. So of course it was 1millionxYES!!!”

She went on, stating, in part, “Sometimes in life you will meet that one person that makes everything make sense. A person that pushes you to be an even greater version of yourself. … @bohnes with you i just knew! You are all that and more. You walked into my life and i have never looked back. I love you.”

Page Six reports that Skriver’s sparkly engagement ring likely cost between “$40,000 and $70,000,” as Brilliant Earth’s vice president of strategy and merchandising, Kathryn Money, told the publication that it depends on “the quality and specific characteristics of the center diamond.”

As Us Weekly noted, DeLeon was recently seen supporting Skriver at the 2018 Victoria’s Secret Fashion Show in New York City.